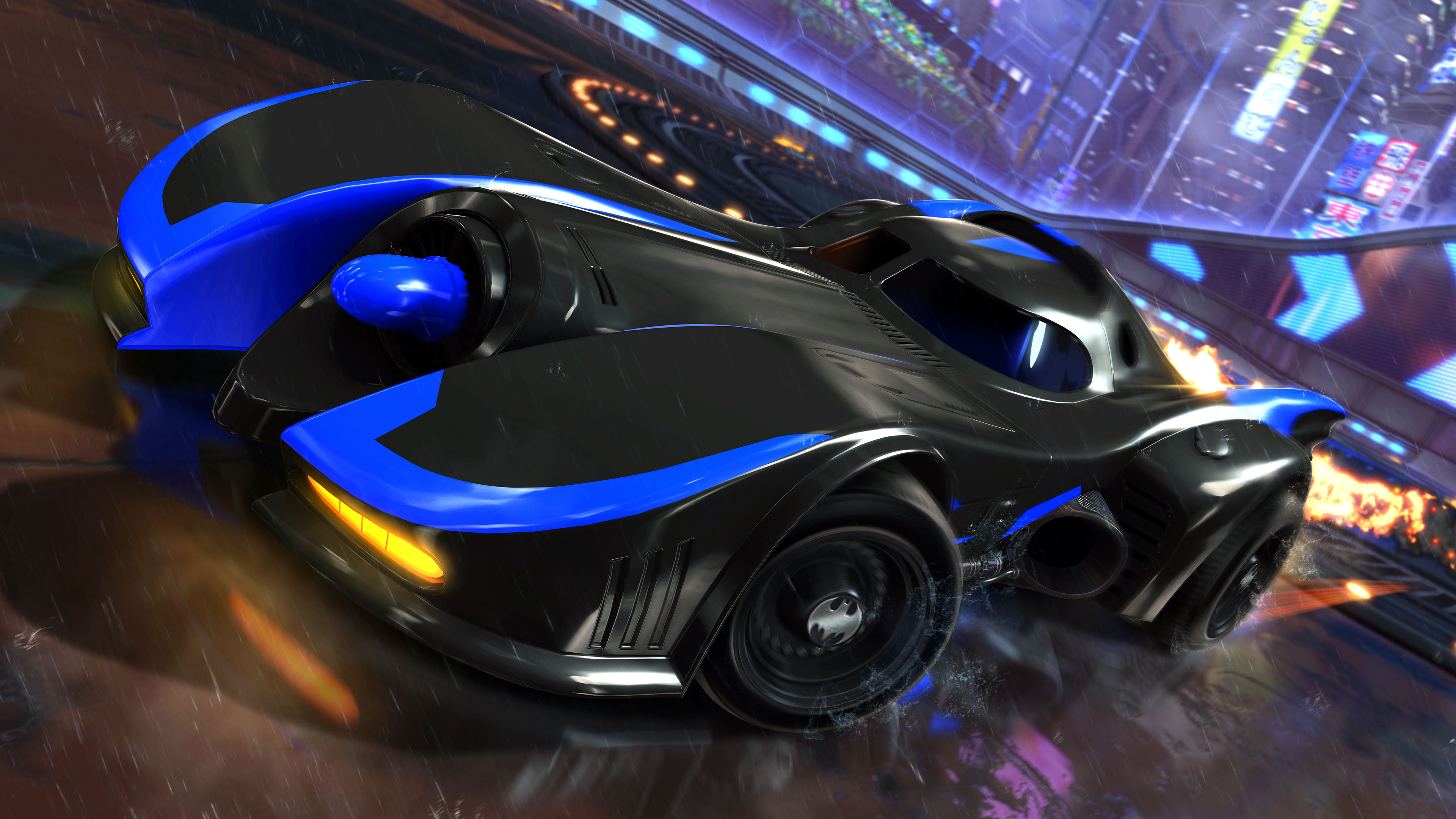 What Rocket League Pros think about the new Batmobiles

The vast majority of pro Rocket League players use the Octane battle-car, thanks in large part to its consistent hitbox, extra height for edging out 50-50s, and the satisfying smack it provides when knocking in shots. That shouldn’t be a surprise to anyone who has ever watched the RLCS or other high-level competition, or even played in ranked matches.

You’ll occasionally see other cars in pro play, and there’s one with some serious devotees: the Batmobile. Based on the version from Batman v Superman: Dawn of Justice, the Batmobile is beloved by certain players for its long, flat hitbox, its aerial dribbling abilities, and the extra punch it provides when sending in shots. FlipSid3 Tactics’ Francesco “Kuxir97” Cinquemani and Renault Sport Team Vitality’s Victor “Fairy Peak” Locquet are two of the game’s best-known and most-successful Batmobile users, and they’re both known as mechanical masters. 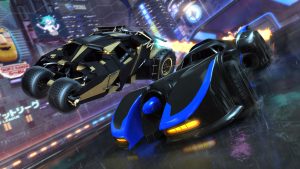 Now, almost two years to the date after the release of the original, Psyonix will triple the number of Batmobiles in Rocket League by adding two more in a premium pack on March 5: the ’89 Batmobile from Michael Keaton’s Batman movie, and the larger Tumbler from Christian Bale’s The Dark Knight Rises. But these aren’t just reskinned editions—each uses a different hitbox, providing three truly different Batmobile choices.

Will established pro players warm up to these new superhero rides? Here’s a look at what each new Batmobile brings to the table, along with insight from two top Batmobile users.

Visually, the classic ’89 Batmobile isn’t too far off from the version that’s already in the game. It’s long and flat, although the wheels aren’t exposed like on the Batman vs. Superman version.

But there’s a key difference: the ’89 Batmobile uses the same hitbox as the Dominus car, while the existing Batmobile uses its own distinctive hitbox. Both are flat cars, but there are slight alterations between them. Besides, how the hitbox corresponds to the actual look of the car can seriously impact how the player uses it. 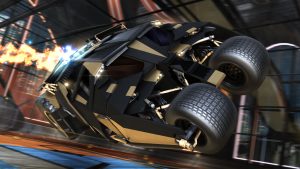 On the other hand, The Dark Knight Rises Tumbler is a new kind of beast for Rocket League. It looks almost like a small tank, with a build that slopes upward towards the rear and has small wheels exposed in the front and larger ones sticking out in the back. Curiously, this Batmobile will use the same hitbox as the Octane, despite looking very different. For exceL player Kasper “Pwndx” Neilsen, the Tumbler just doesn’t match his idea of what a Batmobile should look like.

“I think that the Tumbler looks quite odd,” he admits. “When I think of the Batmobile, it is supposed to be somewhat flat, like the current one in the game is. The ’89 is more acceptable for me, due to the fact that it is not far off from looking like the current Batmobile.”

On the surface, both cars might offer a nice visual shift for longtime Batmobile users, especially since the existing Batmobile can’t be customized with decals, toppers, and the like. But given the hitbox changes, it shouldn’t be easy for players who have logged thousands of hours with one car to make a seamless move to something else.

Nicolai “Snaski” Andersen, captain of Fnatic’s Rocket League squad, is a longtime fan of the game’s flat cars—but each has its own drawbacks in his estimation. “I have swapped a bit between Dominus and Batmobile and have tried basically all new flat cars,” he explained, “because I believe both Batmobile and Dominus have their problems.”

The Batmobile is the larger of the two cars, which helps with 50-50 contests, but he says the outward-protruding wheels leave a small margin between getting a powerful hit with the frame or a soft tap with the rubber tire. On the other hand, Snaski says the Dominus hitbox perfectly suits that car, “so it is easy to tell what kind of hit you’ll get,” but the smaller size lessens your 50-50 success.

In any case, switching from the BvS Batmobile to the ’89 Batmobile won’t be as easy as slapping a new skin on a car. But that’s not his main complaint. Instead, he wishes Psyonix would stop using the standardized Octane and Dominus hitboxes, established last year to bring different car types closer to each other, and return to having unique hitboxes for each new battle-car.

“I have tried other flat cars to try and find that sweet spot in between [Batmobile and Dominus], but ever since they’ve used their hitboxes for new cars, it is kind of pointless,” he suggests. “I really wish they’d go back to making cars that are different again, so we perhaps in the future can have cars that are more viable than the 3-4 cars used right now.”

“I really wish they’d go back to making cars that are different again.”

Snaski pointed to a tweet reply to him that he thinks best sums up his viewpoint, as Rocket League fan Connor Miller says, “How can you dispute that any car using the Dominus hitbox has a better visual representation of that hitbox than the Dominus itself? It’s fact that the closer the visual is to the hitbox, the better the car.”

Standardized hitbixes is boring.. it makes it obvious what car is the best.. how can you dispute that any car using the dominus hitbox has a better visual representation of that hitbix than the dominos itself.. it’s fact that the closer the visual is to the hitbox TheBetterTheCar

Sticking with the O.G.

Pwndx brought up the same kind of points as Snaski, and pondered why these new Batmobiles would bother conforming to existing hitboxes that might not perfectly fit their dimensions. 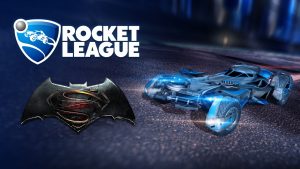 Doing so has taken some of the specialness away from each new battle-car; they’re not new experiences that are likely to shake players from their comfort zone and maybe even elevate them to new heights. There was a real sense of discovery about new cars back when. But now, they’re more akin to refreshed versions of old cars. And while they might look cool, pro players have already made up their minds about the kind of car they want to wield. Still, Pwndx says he’ll keep an open mind, even if he’s not very optimistic about the new Batmobiles.

“The last few new cars just didn’t feel like the same as it did when the very first Batmobile was coming into Rocket League, as it had its very own hitbox,” Pwndx recalls. “However, I will definitely try both new cars out—but I doubt I will settle with one of them. If I wanted to use the hitbox of Octane or Dominus, I could have done so already.”

Andrew Hayward
Andrew is the Lead Editor of Rocketeers, and has been covering Rocket League esports since RLCS S1 for publications such as Red Bull Esports, Esports Insider, The Esports Observer, and Waypoint. He is also currently the Content Lead for The Esports Journal magazine and has written about games, gadgets, etc. for 100+ publications since 2006.
ahaywa
Next Articles
This Week in Rocket League: Tournament Mode & Super Heroes
Rocket League gets two new Batmobile Battle Cars with upcoming DLC pack
FlipSid3 Tactics’ Miztik: “Being captain is going to be a big test”