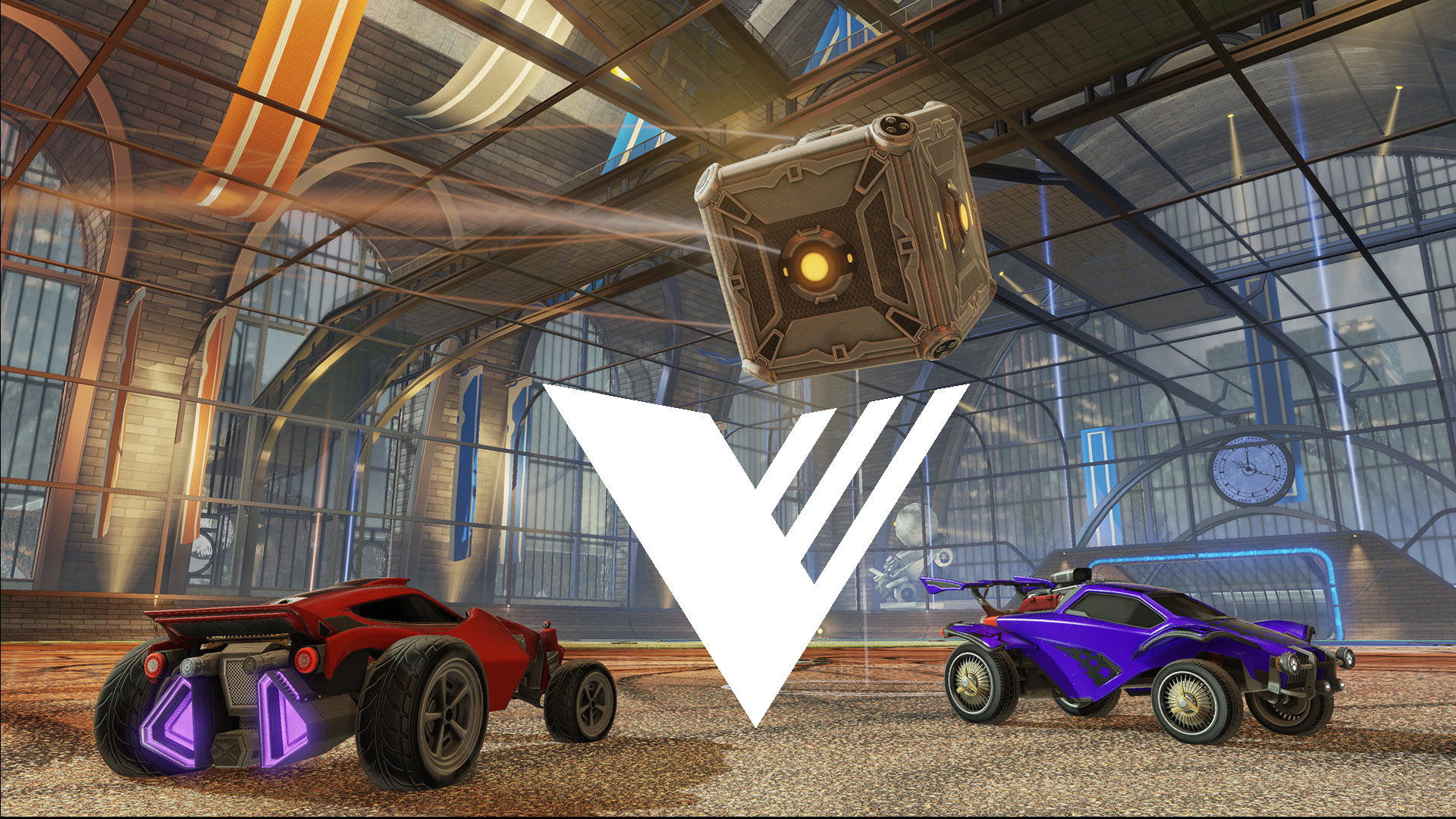 The $50,000 DreamHack Open Rocket League tournament goes down this weekend at DreamHack Leipzig, and while any team can find their way into the open battle, hundreds of squads battled it out in a qualifying tournament this month for better seeding and paid travel expenses. Many of the world’s top teams were in the mix, but some underdog threats also made waves that weekend.

In Europe, it was Team Veritas, the first esports team fielded by Rocketeers.gg’s own Veritas Entertainment. Team Veritas didn’t ultimately win the spot, but they still turned a lot of heads by beating Rocket League Championship Series-caliber squads like Fnatic and exceL—and that was during their first significant tournament appearance as a team.

Now that they’ve surprised a few big teams in the Rocket League scene, Team Veritas are confident and ready to battle even harder in Leipzig. Before that happens, here’s a look at this promising young squad’s qualifying surge and what makes them work so well together.

After winning their pool on day one of the qualifier, Team Veritas ran right into Guess Who?, the veteran roster that just left Mock-It Esports following ELEAGUE and the RLCS season. Guess Who? took the 3-1 series win, but Veritas kept it close against a hardened top-tier team anchored by proven players—each loss was only by a single goal, while the one Veritas victory came in a wider 4-1 margin.

Veritas dropped into the lower bracket, but they didn’t stop fighting. After running 3-1 through team Tree, they faced another RLCS threat—and then another. And then another. But Veritas won all three of those series, beating exceL Esports (with newly-added RLCS world champion Mark “Markydooda” Exton) 3-2, taking down Fnatic in a clean 3-0 sweep, and then kicking out Team Secret in the lower semi-finals 3-1.

The victories shocked many viewers who expected heavyweights like Fnatic and exceL to take easy wins. According to Alex “Alex161” Ernst, that first victory against exceL really fueled the fire that propelled their momentum that day. “After the win against Excel, I knew that we could beat other pro teams as well,” he affirms.

“I think the edge was our speed in the air. We played really fast, and our defense was extremely solid—so we only needed to score to win,” says captain Maik “Tigreee” Hoffmann. “With team and solo plays alike, we created our chances and used them. We had the pressure in most of the games, and that normally leads to more goals for us and less for them.”

“We tried to challenge early and not give them any space. We also tried to play fast, and that worked out really well,” adds Alex161. “We had the better team play, especially against Fnatic—we could always pass out of defense, which gave us the advantage.”

Unfortunately, their underdog run came up just short when they faced Guess Who? again in the lower-bracket finals, with the veteran squad again coming up 3-1. But it was an even more exciting matchup the second time around, with one game lasting more than seven minutes into overtime as Team Veritas battled relentlessly against their rivals.

“I felt really confident at the beginning. It felt like we can only win no matter what happens. We had no pressure because we were the underdog, and even if we lose, it would still be a good tournament performance,” Alex161 recalls thinking. “We probably lost because they didn’t give us as much space for passing plays as exceL and Fnatic, so it was way harder to score.”

“We knew we could win, but their defense is just at the next level, and we couldn’t consistently hold off their pressure. We threw in game one and that was the key factor in my view, because we won the second game,” says Tigreee. “Fairy Peak is just too good at this game—to me, he’s the best player in the world.”

Team Veritas didn’t take the qualifying spot, but they still achieved something during qualifiers: they made a mark on the pro scene and showed that they can hold their own against more-experienced opponents. And while the Veritas squad have only been together for a few weeks now, they’re all individually experienced and have had success at a high level.

Tigreee was the first to sign on with Veritas for DreamHack Leipzig, and he made a big splash in December: With his former Reason Gaming team, they won the second season of the Gfinity Elite Series following an undefeated season. Unable to meet the scheduling and preparation needs for the entire next Gfinity season, he departed Reason as 2017 came to a close. But with a major Rocket League LAN in his home country, he wanted the opportunity to put together a team and compete at a high level.

“Veritas picked me up for DreamHack and gave me the pleasure to create a team around me,” Tigreee explains. “I picked Alex because we were good friends, and I knew he is a great player with a lot of experience.”

Most notably, Alex161 is a Gfinity Elite Series grand finalist, who played in the championship match in the first season with his former Epsilon team. Soon after, Team Veritas recruited Nicolas “Reepex” Ammann, Alex161’s ex-Epsilon teammate from that time. “With [Reepex’s] LAN experience, we were sure that we could perform really well at DreamHack and at other tournaments,” adds Tigreee.

Ultimately, Florian “Neqzo” Esnault filled Reepex’s spot at the qualifiers and put in a strong performance for the weekend, but Tigreee remains confident that the core starting trio will perform just as capably in Leipzig. And both the captain and teammate Alex161 are pleased that this lineup suits their abilities, and offers both of them the chance to spread out a bit on the pitch and be more aggressive with their play.

“In Reason, I was the more defensive player; but now with Veritas, I have so much more space where I can finally show my aerial and striker abilities,” says Tigreee. Adds Alex161: “My role is to help my mates with a super-aggressive play style on offensive, bumping and demoing our opponents. Reepex is more passive, so Tigreee and I have a lot of space to do our stuff, which is really nice.”

Paired with strong defensive rotations and steady communication, they believe that they’ll fare well at DreamHack Leipzig. And it’s especially important to Tigreee and Alex161 as German players: finally having a major LAN in their home country is “always special,” says Alex161. And Tigreee hopes they’ll make the biggest impact of any local players in the tournament, although they’ll surely have stiff competition from Guess Who?’s own German stars, among others.

“I waited a long time for a big LAN in Germany, and finally it happened,” explains Tigreee. “I am looking forward to playing in my own country, and trying to place the highest possible for a German player.”

Since the qualifiers, they’ve been working on their individual mechanics and coming together for team practices and scrims against other top EU teams. And while the qualifying performance might have surprised some people, it didn’t faze Team Veritas: they were already confident in their abilities, and now feel even more emboldened by the experience.

“Having the right mindset is very important,” affirms Alex161. “I was already confident before the qualifying tournament, and those wins made me even more confident.”

“We are experienced LAN players who are used to the environment and pressure. I think we can make top 8, because it’s working well with the three of us,” adds Tigreee. “And if our mechanical skill is on point, then we can definitely kick some pro teams out again.”