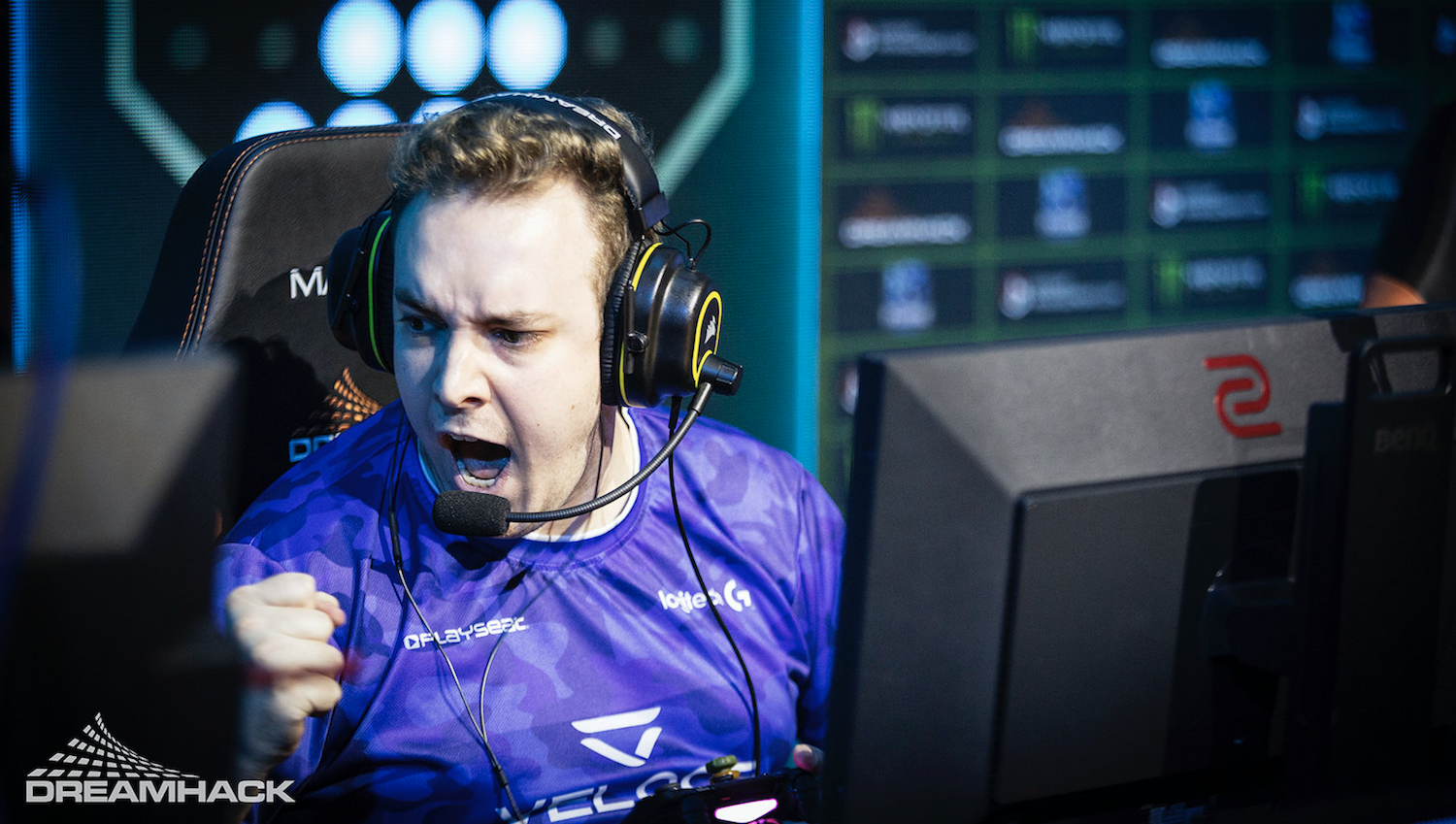 Renault Vitality had a rough go at the Rocket League Championship Series (RLCS) Season 5 World Championship in London, with a clean sweep by Cloud9 and a 3-2 loss to Evil Geniuses leaving the European team with a last-place finish. However, things would soon get rougher for Sandro “FreaKii” Holzwarth, who was quickly benched ahead of a roster change.

It was a surprising move for a squad that had spent two seasons together, won the Gfinity Elite Series, and established itself as a strong Top 4 team in the region. After three seasons in the EU RLCS, FreaKii was without a team. He soon joined Team Secret to compete in the Rival Series, hoping to help push the team over the finish line after Secret narrowly missed out on promotion.

Although he’d be playing in the second-tier league, FreaKii tells Rocketeers that still having a baseline of financial support from an organization allowed him to continue his focus on the grind back to the big leagues. 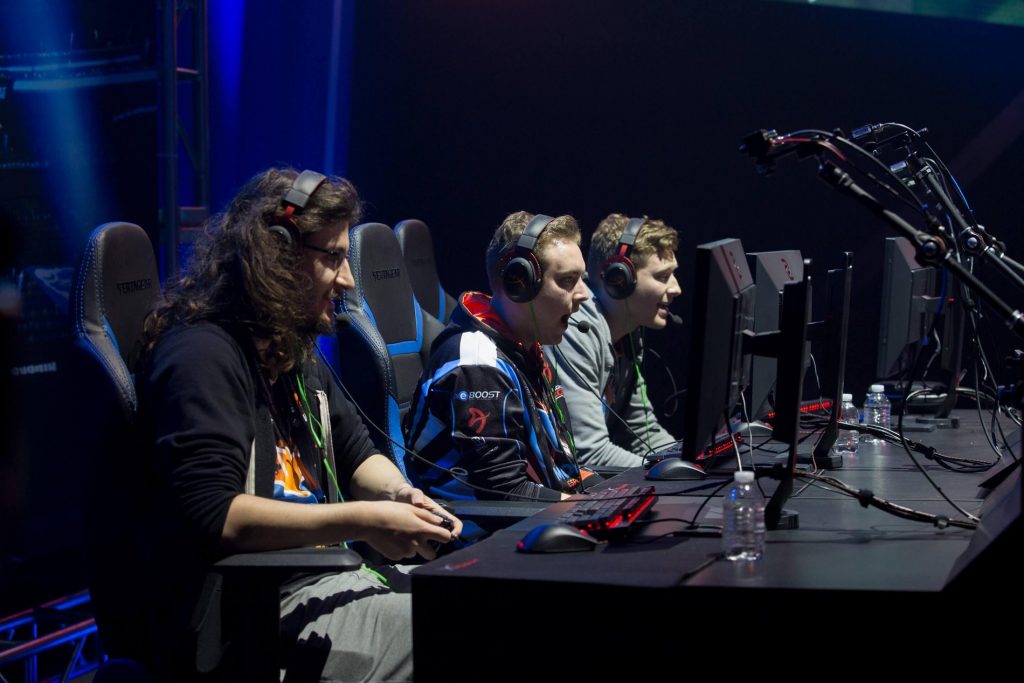 “At the start, it was actually unknown for me, because I’ve always been one of the top players in the RLCS, if it was with Penta, and then with Mock-It and Vitality,” he recalls of how it felt to be out of the RLCS. “Having to play in RLRS was weird at the start, but I think I had a really good team. I had a really good org—the good thing was that I had org support instantly, even after I had to leave Vitality. So me being full-time in Rocket League was never really in danger.”

Finishing 5-2 in the next Rival Series season, Team Secret didn’t notch enough wins to make the promotion tournament—and the organization was looking to exit Rocket League. In the offseason, FreaKii and teammate Jack “FlamE” Pearton linked up with Niels “Nielskoek” Kok and found interest from Veloce Esports. “Of course, there’s a business aspect to it, but they treat us like actual family—so it made us stay with them,” says FreaKii about Veloce.

Veloce was far and away the best team in the EU Rival Series during RLCS Season 7, notching a 7-0 regular season record; the next best record in the region was 4-3. But they fell short in the promotion tournament: after beating Mousesports 4-2, a hot Complexity Gaming swept Veloce 4-0, and they were ultimately knocked out by The Bricks in the 4-3 Losers’ Finals. It was a crushing end to a season that seemed sure to get FreaKii and team back into the RLCS.

“It was obviously devastating, because I thought we probably had one of the best seasons an RLRS team could have. There were Game 5s, but we showed we were definitely better than any of the other RLRS teams in that league, and during league play, we just showed what we can do,” says FreaKii. “Playing the promotion tournament—there was a lot of pressure on ourselves, and I think we just crumbled. It was not nice.”

“It was harsh. It was really close, and I thought we should’ve deserved it, but the promotion tournament system is really pressure-based, really one-day-performance-based,” he adds. “We didn’t perform on that day.”

Veloce got very lucky in the offseason, albeit due to another team’s turmoil. Fan-favorite RLCS team Triple Trouble splintered apart before Season 8, with Aldin “Ronaky” Hodzic leaving for FC Barcelona, and Andy “Kassio” Landais—who had previously been told that the team would try out potential replacements for him—departing as well.

Kassio signed with Veloce rather than stay with the org-less Triple Trouble, but that meant Triple Trouble was forced to give up its RLCS spot due to the rule requiring two-thirds of a roster to stay intact between seasons. Triple Trouble’s Euan “Tadpole” Ingram was left with no team and no RLCS spot—and that spot ultimately went to Veloce Esports as the third-place finisher in the promotion tournament. Veloce was promoted on a technicality, essentially.

“Obviously, we were happy, but I also felt really bad for Tadpole. I know how it feels to play a LAN and then get basically put down into the RLRS the next season,” says FreaKii. “I really felt for Tadpole, and I just thought that a lot of Triple Trouble fans will probably hate us now because we technically took the spot of their favorite team. All we can do as a team is prove that we earned that spot, and I think that’s what we did during this season.” 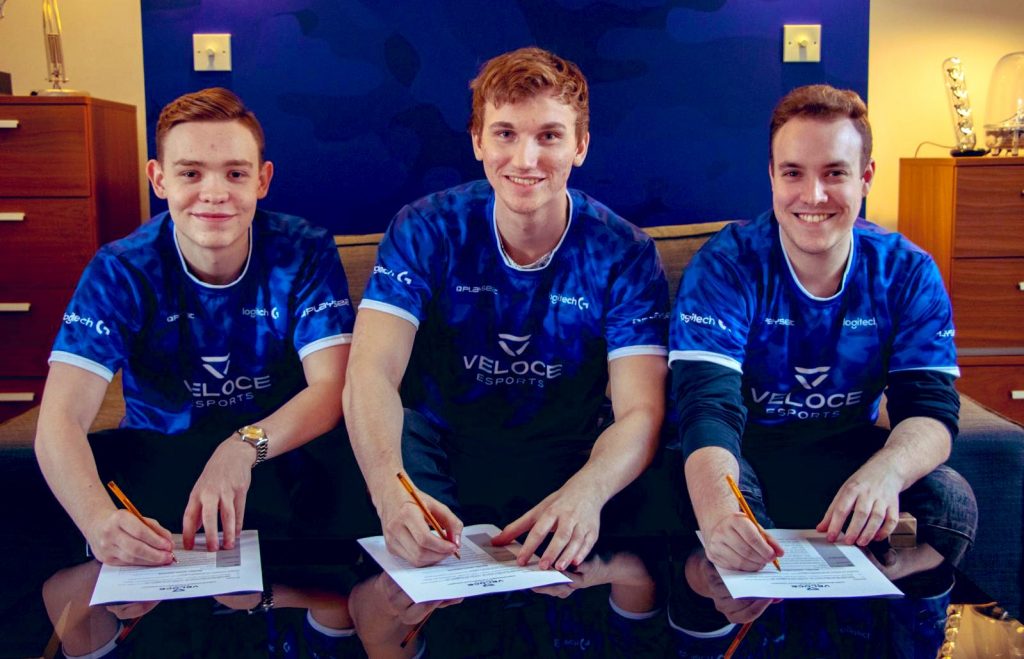 Adding Kassio came at the expense of Nielskoek, who lashed out at his former teammates on Twitter a few weeks after being dropped. FreaKii suggests that Nielskoek’s framing of events doesn’t match his own interpretation, although there’s obviously a lot of emotion tied up in this; the public back and forth had a “he said/he said” tenor to it. In any case, FreaKii says that they wanted to make the change even before the surprise RLCS promotion came about.

“I was happy to play with him, but a lot of times when we had pressure situations, when matches mattered a lot, Nielskoek seemed to not play at his best—which happens, and I don’t blame him for that,” says FreaKii. “FlamE and I talked about it, and we decided that with DreamHack Valencia, we would give him a final chance to prove he’s worth the spot. And he didn’t perform that great, so we decided to try out and see what we can do.”

“A lot of things Niels said in that Twitlonger especially were purely out of anger, I’d say. A lot of things were just not honestly happening like he pictured them, and FlamE and I especially felt like he just wanted to say these things a day before our first RLCS matches,” adds FreaKii. “He could’ve said them a month earlier, but he didn’t: he decided to say them the day before to make us feel bad, to make people hate us—which didn’t really work out for him. I still respect him as a person, it was just obviously a moment where his frustration came out, which is understandable.”

From Rival Series to Top 2

After falling short in the promotion tournament, Veloce Esports wasn’t widely expected to be one of the power teams in the European RLCS this season. However, a 2-0 first week quickly raised their profile thanks to defeats of Complexity Gaming and Dignitas. Even if other people didn’t think Veloce had much of a shot, FreaKii says he always believed they did.

“We always thought we had a shot at the top teams in the EU RLCS. There’s never been a time where I said to my team, ‘OK, let’s just play as good as we can, we’re probably gonna go Bottom 2 anyway,'” he recalls. “We always said our main focus is to make Top 6, and if we make Top 6, we also want to make LAN. Going Top 2 was not what we aimed for, but in the end, the end result—making LAN was what we actually tried for.”

CLUTCH ?@FreaKiiRL hits the shot with three seconds on the clock and @VeloceEsports wins 3-2! #RLCS8

“A lot of people didn’t give us enough credit for what happened during the season. They thought opponents played bad or thought we might’ve had a lucky day or lucky situation where we scored,” he continues. “In general, opponents only play bad if you make them play bad—they don’t just play bad out of nowhere. We always knew, especially with Veloce having our back and supporting and believing in us, that we can be a Top 4 team.”

With a 3-1 loss against the struggling Team SoloMid in Week 4, FreaKii admits “we kind of lost our focus a bit”—and they figured Top 2 was out of the question given Renault Vitality’s resurgent week, expecting a similar performance for Week 5. “We knew all we had to do that week was beat Mouz, and then other things are not in our favor anymore,” he says. “All we focused on was trying to play our best against Mouz. They had a great season, but we knew we can beat them.”

But when Vitality lost its first Week 5 series against Dignitas, the door was wide open for Veloce to take Top 2 with a win. They did just that taking out Mouz 3-1.

“The moment the games were over, Kassio and I were like: ‘We actually did it, we made Top 2.’ And FlamE was… I think he was a bit shook, because he’d never made LAN. He was really happy. I think it’s the happiest I’ve ever seen FlamE be,” says FreaKii. “There were like two or three minutes where we didn’t believe what just happened, and then when we started to recognize what we just did and what that means for us, we just started screaming.”

Back at the top

Team Reciprocity ultimately clinched the #1 spot in Europe with its own 3-0 sweep of Mouz to end the regular season, but Veloce’s second-place finish ensured its spot at the RLCS Season 8 World Championship in Madrid next month. They’ll play in the regional championship this Sunday to determine Europe’s proper champion, as well as Worlds seeding (and some extra cash), but FreaKii says they’re not sweating it too much. He’s already accomplished so much.

“It feels like I am back where I should be. After getting replaced from Vitality, a lot of people told me and said publicly that if they would’ve kicked someone, it would’ve probably not been me. Which showed during the next season of RLCS for that team,” he said, referencing former teammate Philip “paschy90” Paschmeyer, who was removed the following season after an underwhelming run and ultimately retired.

“I tried to just play my game again, tried to find a team, tried to find players I can play with and fight my way back to the top,” he says about his Rival Series grind. “Even though we were not considered to be one of those top teams for the whole season, we have proven that we definitely can be, and that we are right now. It feels good to be back, but I also had to work for it really hard—one year not being in RLCS and now making it back obviously feels great.”