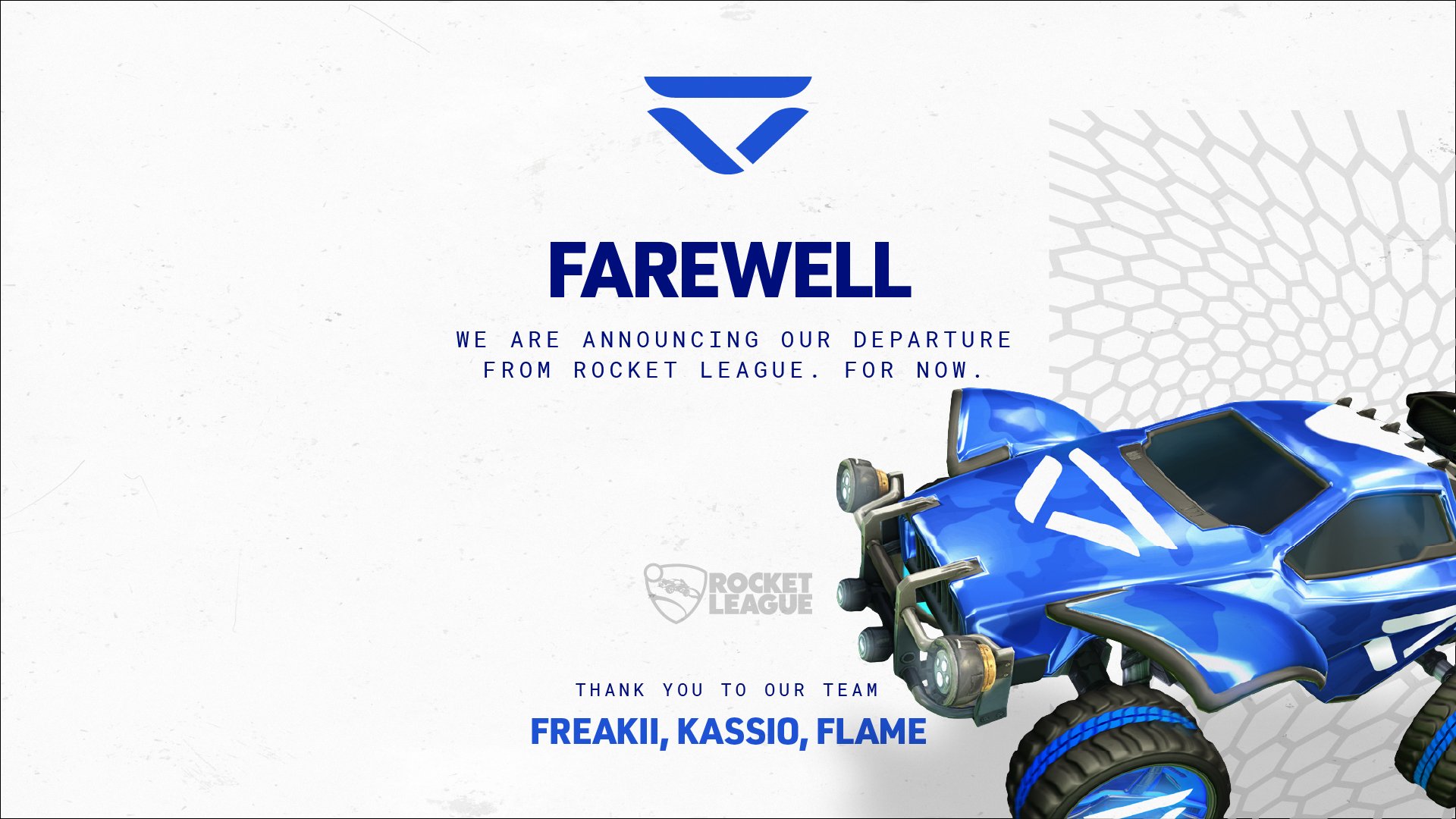 After 16 months in the professional Rocket League scene, including an appearance at the Rocket League Championship Series (RLCS) Season 8 World Championship and in-game items, Veloce Esports has decided to pull out of the esport.

Additionally, while Jack “FlamE” Pearton and Andy “Kassio” Landais will remain together as teammates, they’ve decided to part ways with Sandro “FreaKii” Holzwarth.

Instead, the European pair have teamed with 15-year-old Archie “archie” Pickthall under the name “Top Blokes” as they seek a new organization to represent. The team still holds a spot in the RLCS whenever Season 10 begins.

All good things come to an end, and for now, our Rocket League journey ends here.
? RLRS Season 7
? EU Regional Season 8
⭐ RLCS Worlds Season 9 | 5-6th
Thank you to our players, @FlamE_RL, @Kassio_RL, @FreaKiiRL, we wish you the best of luck.
Big love for the RL community ? pic.twitter.com/q1nL6SKDH5

“We have had a lot of success with FreaKii, more than most people expected us to have, and for that we have to thank him for being such a vital player in those seasons,” wrote FlamE in a TwitLonger. “On and off the pitch, FreaKii has been a great teammate for both me and Kassio, however as of late, our performance began to dip and we all agreed that we needed a change and this is how we have come to this decision. Thank you for everything Sandro, and best of luck with whatever follows for you.”

Veloce Esports landed a spot in the RLCS for Season 8 after Triple Trouble disbanded, and proceeded to finish in 3rd place in Europe before a 5th-6th place finish at the World Championship. The team didn’t have quite the same success in Season 9, however, finishing 6th in the expanded European field.

FreaKii, who was recently sidelined with a health issue due to temporary facial paralysis, tweeted that he’s unsure of his next steps: “For myself, I learned I have to look out for my health more than I did before. My future isnt fully clear yet, but I’m tempt[ed] to pursue my dreams in other parts of life. We will see.”