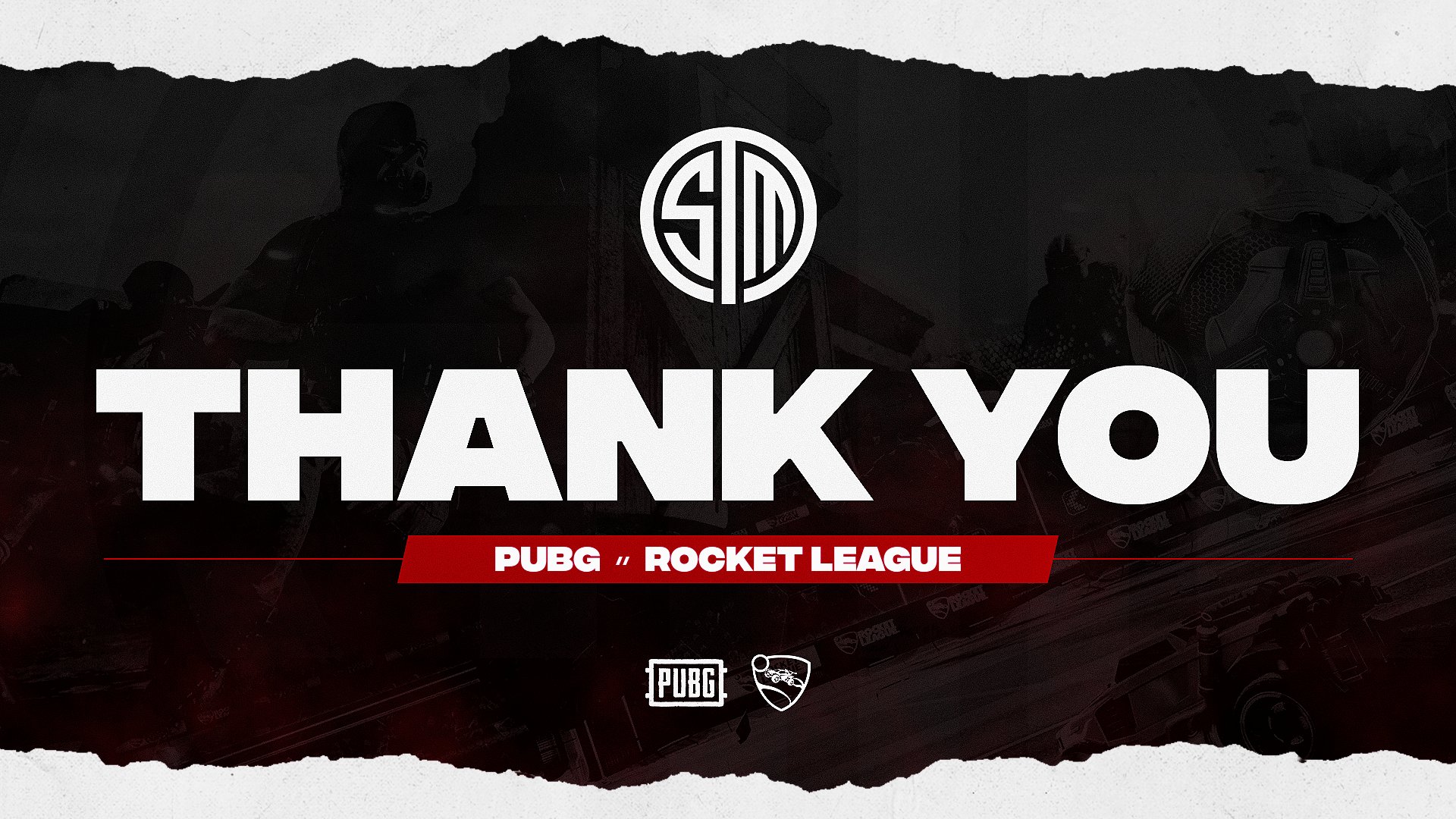 “We are still exploring our opportunities within both scenes, and plan to re-enter them at a later date,” reads the team’s post. Social media manager TSM Dunc hopped into the Rocket League Esports subreddit to add, “The article says it – and we actually are. We’re actively searching as we speak.”

Today, we are making the difficult decision to release our competitive PUBG and Rocket League rosters.

We thank both teams for all their hard work and dedication.
?: https://t.co/IGNy0Az6w4 pic.twitter.com/AexOCJpS2h

With both Ghost and Team Reciprocity exiting Rocket League in recent weeks due to overall financial probnlems with each organization, there are at least a couple of experienced RLCS teams on the hunt for a new organization ahead of Season 10.

TSM entered Rocket League in January 2019, picking up the We Dem Girlz roster of Remkoe, Metsanauris, and Jordan “EyeIgnite” Stellon soon after their ELEAGUE Cup win.

However, the team struggled in the RLCS setting, finishing 6th in Season 7 and swapping out EyeIgnite for Yanis “Alpha54” Champenois for Season 8. They finished in 7th place that season and landed in the promotion tournament, but made it out alive. Alpha54 departed and Mognus came in, but a 9th-place finish this season has them in tomorrow’s promotion tournament yet again.

Whether or not the roster makes it out of the Season 9 promotion tournament, they won’t be representing TSM going forward.

“Today’s announcement won’t affect our promos considering we have known about this for weeks. It’s probably unlikely you’ll see them returning to RL anytime soon without any changes to the league or the game itself (unless top1/2 NA team w/o buyout),” Remkoe tweeted. “Promos wasn’t gonna affect their decision, hence the announcement being before. Performance was the main reason but I’m doubtful we would’ve been under the TSM banner going into 2021 unless we were top 2 world.”