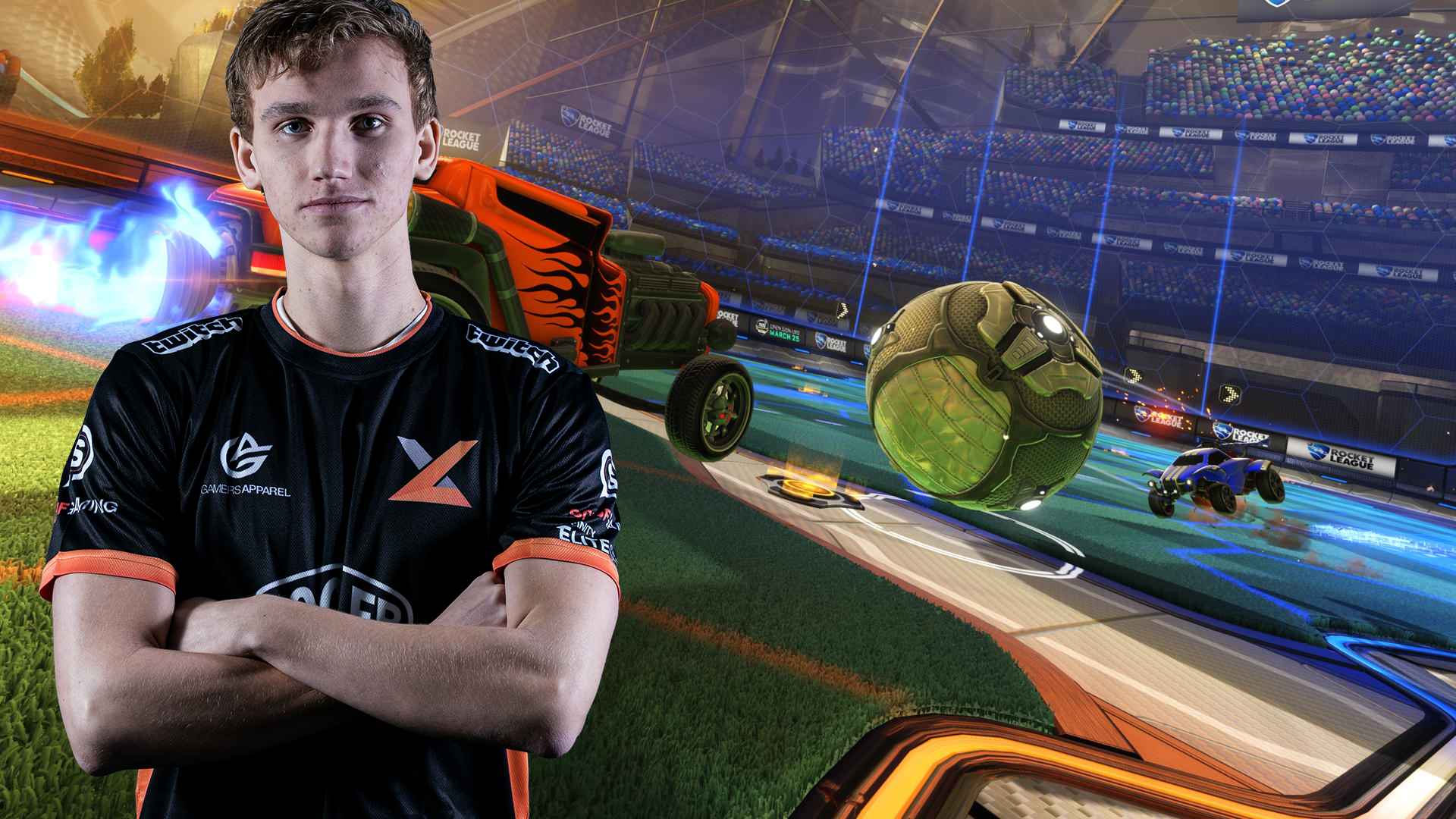 Every time you play Rocket League you experience a lot of moments to which the pro-scene refers to as 50-50s. Every kick-off is a 50/50. The term stands for a situation in which two players seem to have an equal chance of reaching the loose ball. 50/50 obviously implies that you and your opponent both have a chance of 50% to get the ball in your favored direction. But that is actually not true. Pros have found ways to boost their 50/50 game and increase their chance of winning these game-dictating moments.

We talked with one of the best players in the world about how every Rocket League player can train to win more 50/50s: Niels “Nielskoek” Kok from exceL eSports is not only EU’s Season 4 RLCS MVP and an amazing player, he also likes to pass on his knowledge. Check out his video guides that he does regularly for exceL.

We spoke with Nielskoek about his tips and the reason why 50/50s are so important: “Knowing how to perform a good 50/50 can help you in many ways, it could make the difference between gaining possession over the ball and be in offense or having to defend an attack depending on whether you win or lose the 50/50.” His 3 tips for a good 50/50:

Most of the time when players go for the 50/50 they dash straight forward into the ball. What pros do is: They flip into the ball sideways. That way they have more surface which makes it more likely that the ball goes in your favored direction. 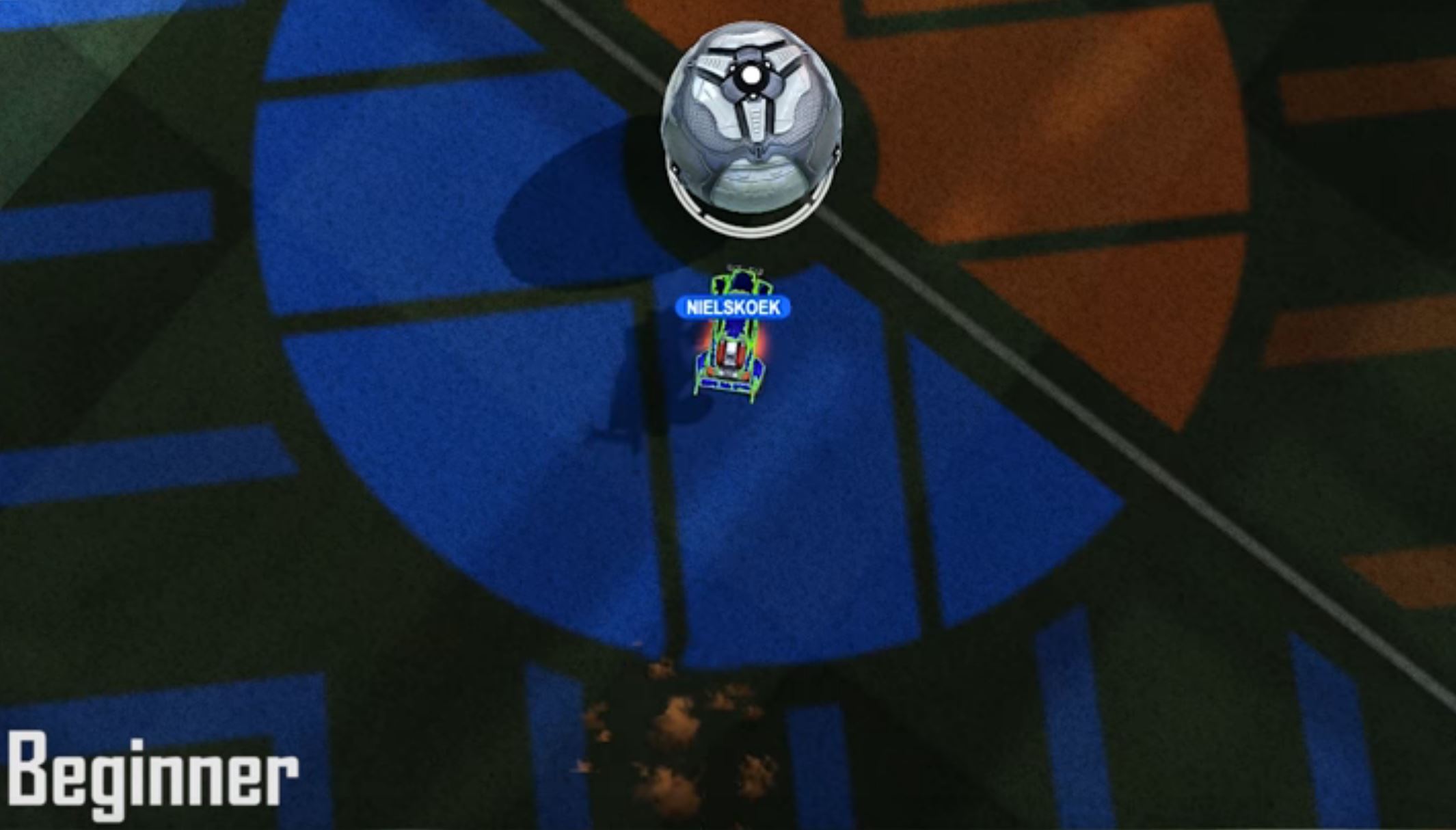 Beginners often go with the front into the ball | Credit: exceL 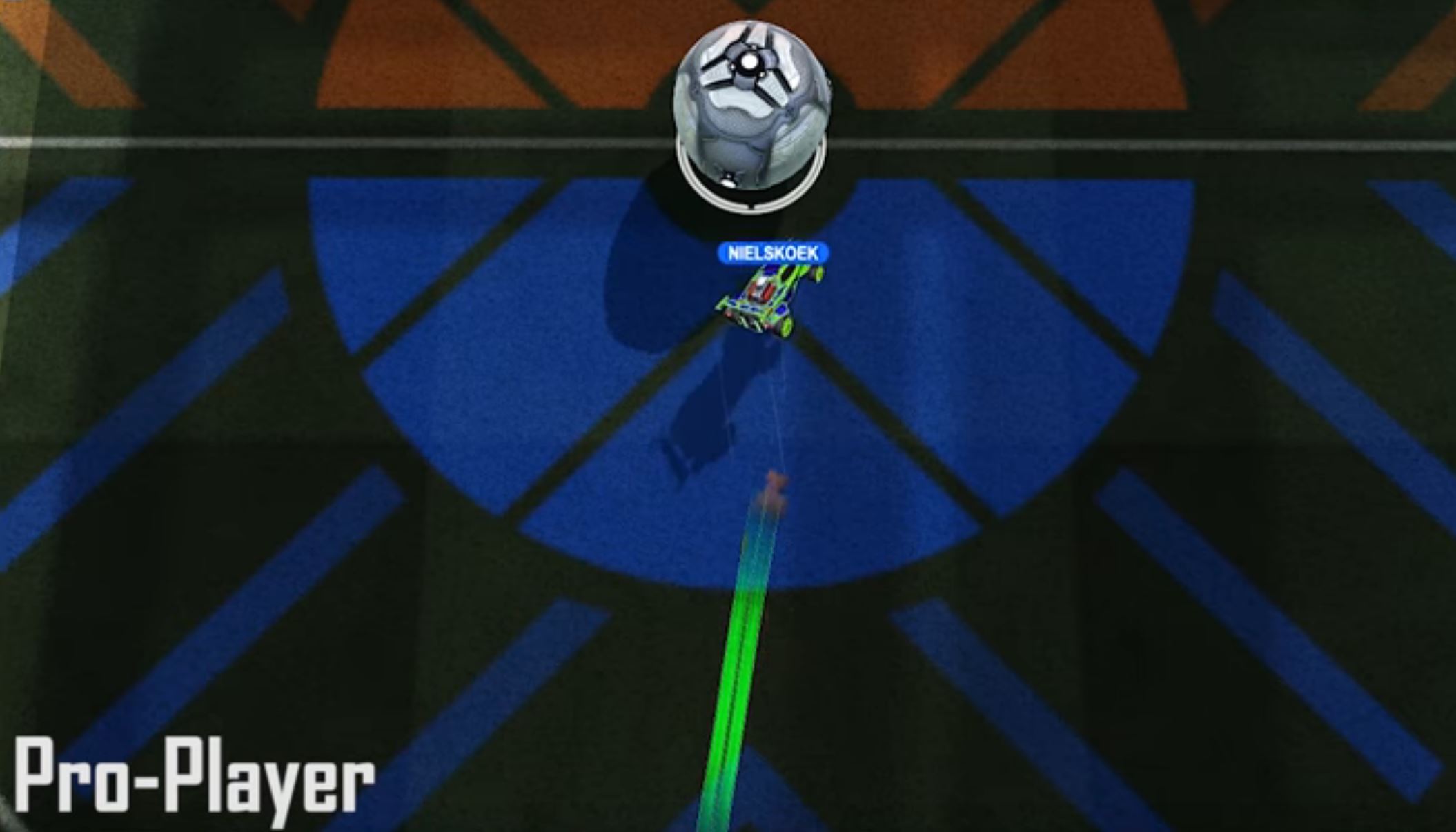 The hitbox of your car doesn’t have a huge impact on that. Nielskoek explains: “Most of the pros play Octane because overall it has a good hitbox. Some tend to play a flatter car like the Batmobile, which allows them to more easily carry the ball on the roof and get a flick on it. 50/50s aren’t the main reason people switch between cars. In my opinion you should just choose the car that you like the most and worry about the technicalities of it later. Because if you like how a car feels, you will probably play better with it as well.”

This one is quite a controversial tip, but don’t flip too late! Nielskoek explains why this is so important for him but not necessarily for rookies: “In beginners matches the 50/50 doesn’t happen as often as in higher ranks, since players tend to not be so quick at the ball yet. They tend to miss the ball more and just hitting the ball in general feels like a reward for them. When players get to a point where they have a bit more consistancy in aerialing, hitting the ball and in general have more of a feel for the physics of the game, then they could think about 50/50s and how to try winning most of them.”

Nielskoek expands: “Generally speaking, if the ball flies towards your half, you probably flicked too late which allowed the opponent to get more car behind the ball and hit it over your own. Try and flick early enough so the ball doesn’t end up flying towards your half. Prevent that and you should be fine.”

You get more surface behind the shot if you hit the car not with the front but with the top of the car. That’s why you shouldn’t flip to early. Hitting it with the front provides the shot with more power but you most likely end up losing the 50/50 according to Nielskoek. 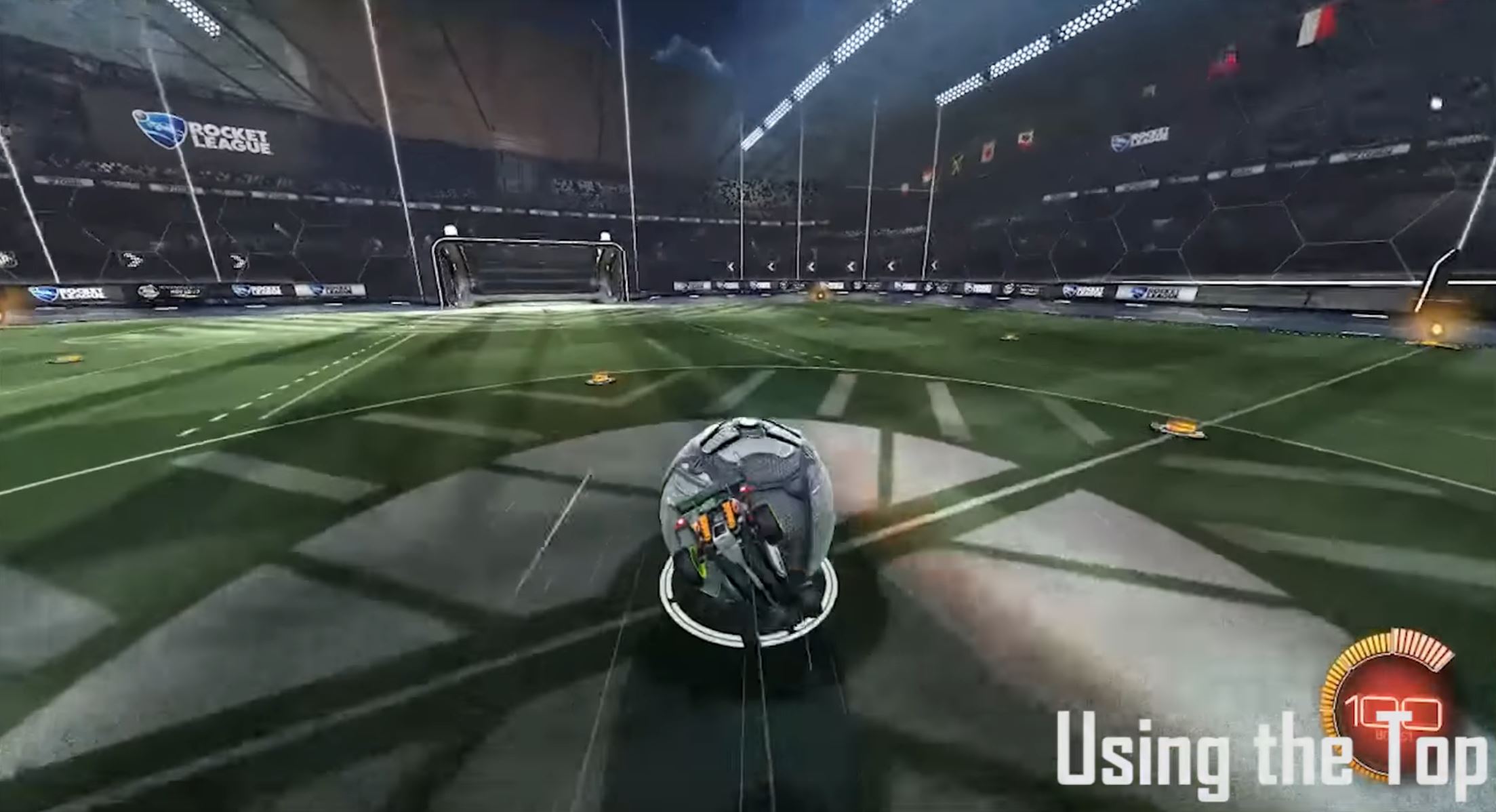 Nielskoek flipped in time, which is why he hits the ball with the top of his car | Credit: exceL

For a successful 50/50 you often might want to already be in the air when reaching the ball, as Nielskoek suggests. “It’s good to have your car already in the air because you can react faster to an upcoming opponent hitting the ball. If you are in the same spot but your car is still on the ground it means you then have to jump first and logically it will take more time for you to do anything than when your car is already up and about.”

The toughest thing to do when it comes to a 50/50 is instinctively knowing what your opponent is going to aim for. You have to predict the move of your opponent especially when he has a higher chance of reaching the ball before you do. That way you can initiate an immediate counter attack and even turn a lost 50/50 into a goal as you can see in Nielskoek’s video. Still, knowing what kind of play your opponent is going to make is something that will come with experience. Nielskoek agrees: “This is tricky to train since it comes with experience, but after a lot of hours you tend to see more of what your opponents are trying to do and that way you can more or less try and prevent their attacks.” 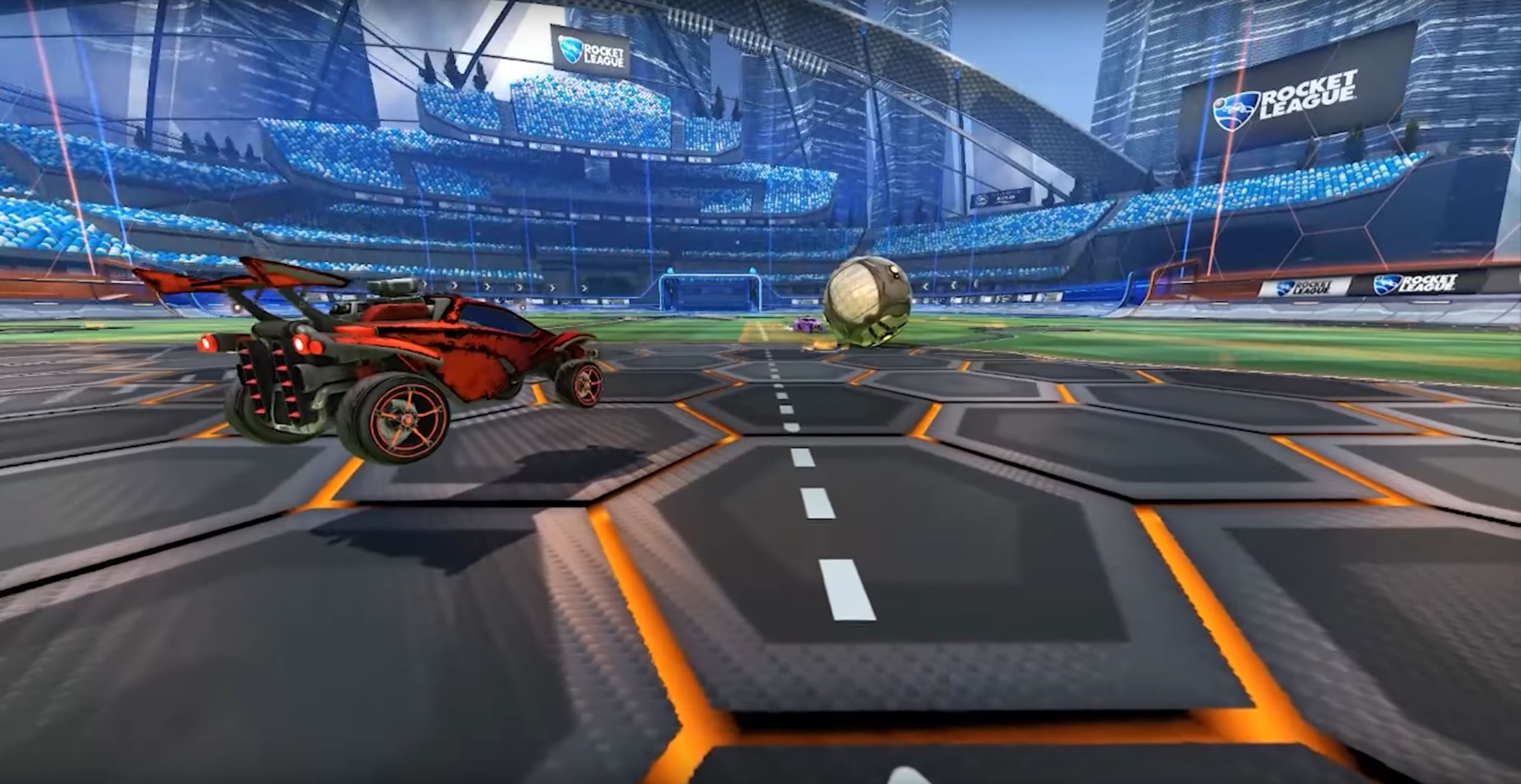 In this situation Nielskoek is most likely to come to late to win the 50/50, so he predicts his opponent’s move – and scores! | Credit: exceL

However Nielskoek warns about trying to go through the same mechanical routine for every 50/50: “I’m sure it’s not always the best way to counteract an opponent who is faster at the ball, because if I would jump everytime someone else gets earlier to the ball than me, after 3-4 times doing that they will adapt and for example try to fake their move, turning it into their advantage.”

Dorian Gorr
Dorian discovered Rocket League when it first came to PS4. He stopped playing after he saw the RLCS for the first time and became discouraged from trying any more miserable Aerials. As a journalist with more than a decade of experience working for many of the biggest German media companies he now lives out his Rocket League passion as Head Editor for Rocketeers.gg
doriangorr
Next Articles
Interview with Shogun: “You have to be up in everyone’s faces”
Gold Rush 2: Rocket League’s crowdfunded LAN is back for more laughs
Watch G2’s excellent Behind the Scenes Video of Dreamhack Leipzig