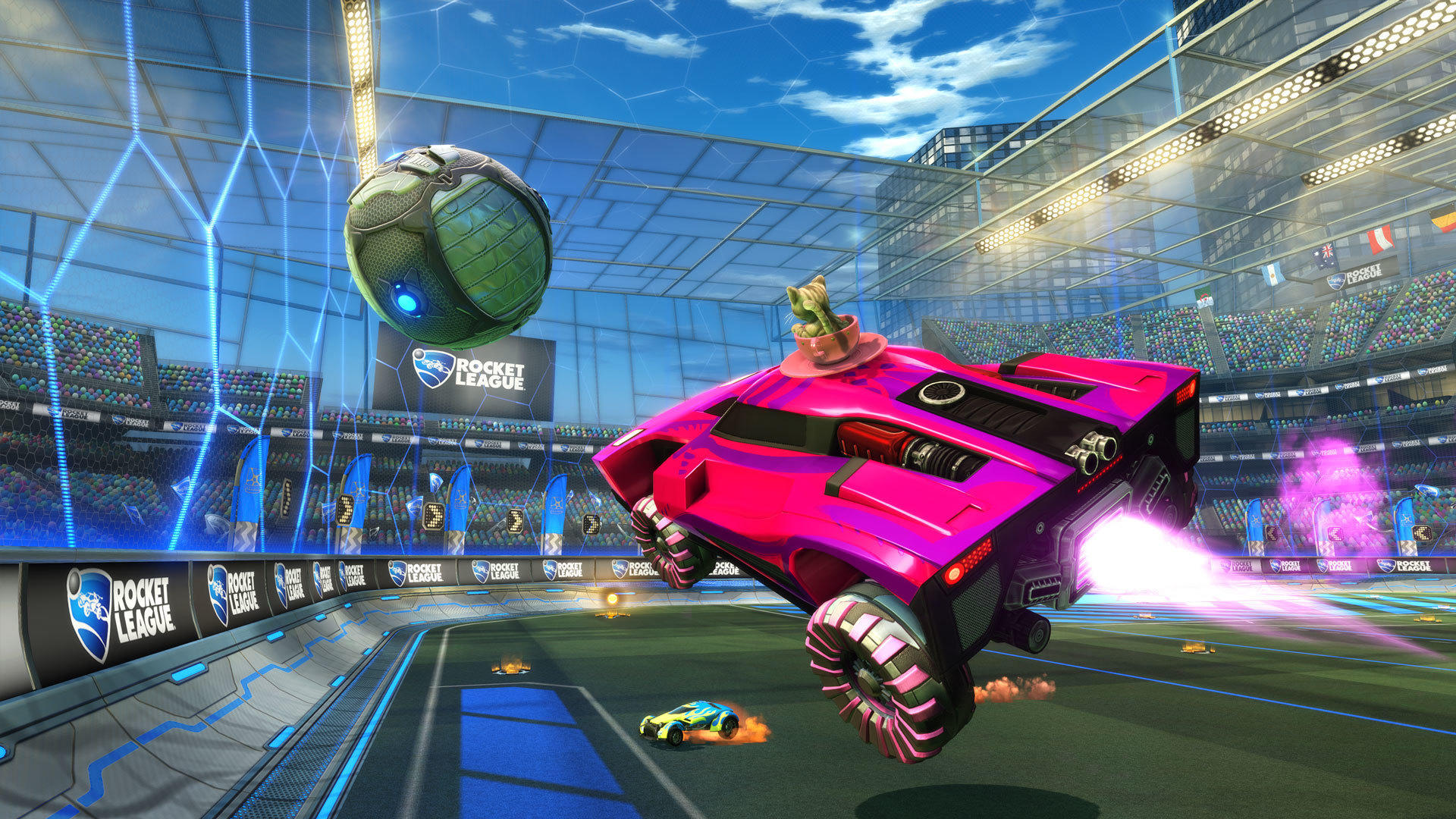 This past weekend was a unique one for the Rocket League Championship Series in a couple of key ways. Not only was it the first weekend that casters worked remotely following the changes implemented in the wake of the coronavirus (COVID-19) spread, but we also got two weekends’ worth of RLCS league play in the span of three days due to a Monday doubleheader that helped make up for Week 1’s cancelation last month.

As such, there were a whole bunch of shots to choose from for this week’s Top 5 roundup—but we’re not going to try to fit two weeks of play into a single ranking. Here are the best plays we saw during Week 5 matches on Saturday and Sunday, and we’ll highlight Week 6’s top shots a little later this week.

NO BOOST, NO PROBLEM 😤@AllushinRL bags a siiiick goal to put @GhostGaming up early in Game 4. #RLCS9

This shot is a thing of beauty. Ghost’s Braxton “Allushin” Lagarec bleeds out all of his boost chasing the ball up the wall and to the ceiling — but he’s still got a couple tricks up his sleeve. After flicking the ball against the backboard, he hops down from the ceiling and pulls off a perfectly-timed preflip to meet the ball and sink it over the head of Rogue’s Jason “Firstkiller” Corral.

Speaking of beauty: Austin “AyyJayy” Aebi sees the shot coming in from Pittsburgh Knights teammate Slater “retals” Thomas, but also sees NRG’s Justin “jstn” Morales dropping in for a save. No worries. AyyJayy rolls in and gives the slightest touch to the ball right in front of the net, interrupting jstn’s save attempt and making the ball just gently float towards its destination.

CLEAN ✨@SquishyMuffinz buries the double tap and @Cloud9 is on the board first! #RLCS9

Cloud9 might’ve lost this battle against Spacestation Gaming, which… well, had been a familiar sensation for the once-dominant squad up ‘til this point. Even so, Mariano “SquishyMuffinz” Arruda showcased a slice of his enviable mechanical skill with this dagger, fielding Kyle “Torment” Storer’s pass and delivering one of the sharpest double-tap angles we’ve seen in some time.

THE TRIPLE TAP 😱@Its_JSTN continues to be unbelievable. #RLCS9

Another week, another dynamite Jstn solo play. Here the NRG star refuses to settle for a double-tap goal, putting a third touch on the ball as it bounces off the backboard and then goal post before eventually sinking in. It was the one and only game in this pivotal Game 5 series-winning victory, continuing NRG’s reign over Pittsburgh Knights and pushing PK further down the Season 9 standings.

There’s a reason why Alexandre “Kaydop” Courant has a trio of RLCS championships under his belt: he’s an offensive monster. We saw it again this weekend as Renault Vitality took out the reigning EU champions, and this shot reigned above all as Kaydop not only pulls off an insane-looking triple-tap but also manages a flip reset before the final touch. You’re a wizard, Kaydop.