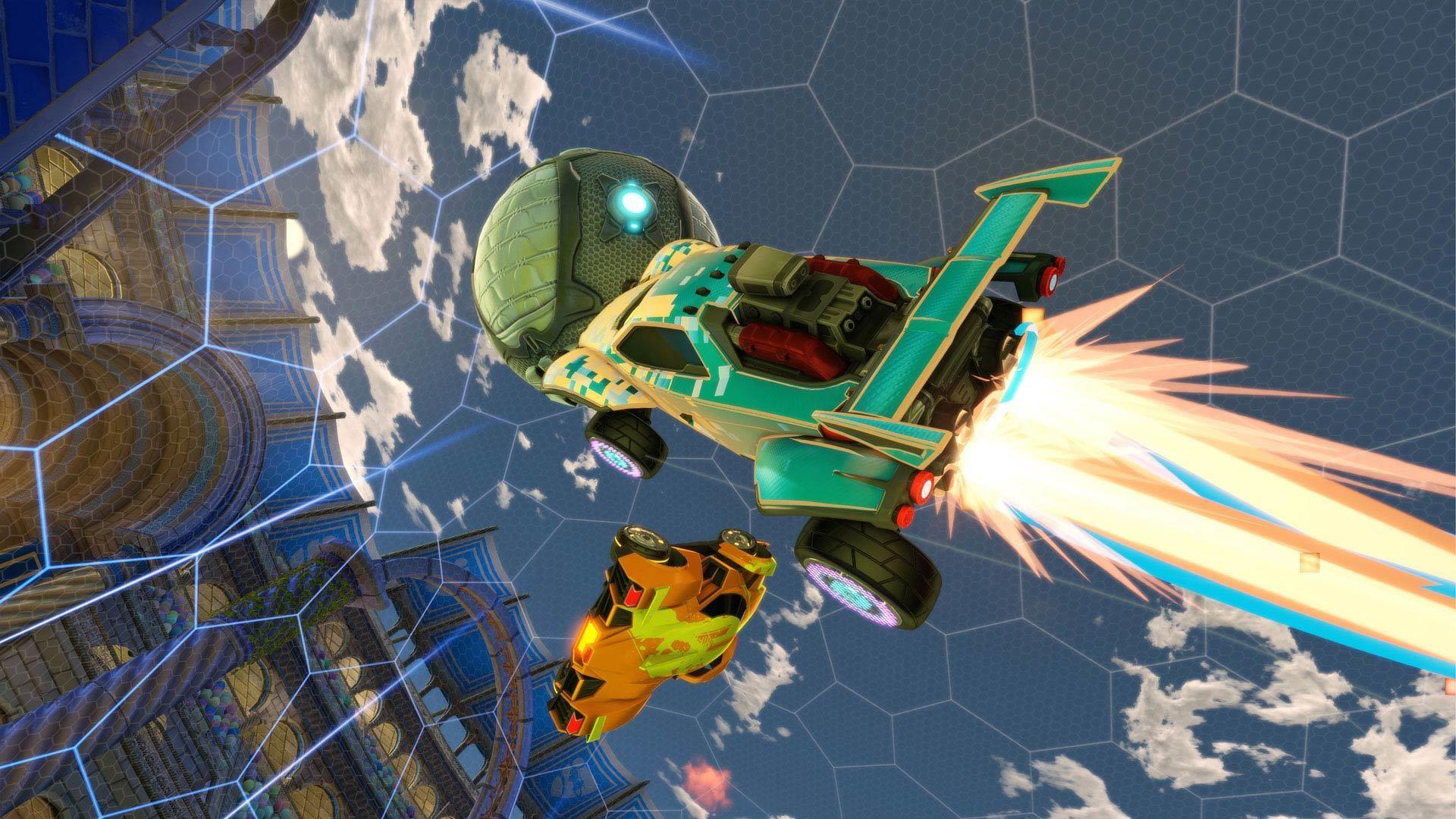 We are halfway through the Rocket League Championship Series (RLCS) season—and even with the extended schedule and expanded number of teams, RLCS Season 9 has delivered just as much high-octane action as ever.

Week 4 of league play was a particularly entertaining one, as seen in some of the clips below. A two-player pinch at over 150km/hour? A Proteus breaking out one of Rocket League’s most infamous maneuvers? The newly-dubbed TurBump?! You need to see these shots. Watch those and more below in our ranking of the best plays of RLCS Season 9 – Week 4.

G2 Esports is having one hell of a bounceback season, as Jacob “JKnaps” Knapman told us about last week—and the roster moved to 4-0 this past weekend with team plays like this. Dillon “Rizzo” Rizzo pops it up, then JKnaps has all the time in the world to deliver two, maybe three taps to the ball while faking out Cloud9’s Mariano “SquishyMuffinz” Arruda in the process. And then Reed “Chicago” Wilen is there for the easy dunk.

This series clearly showed the stark differences between the comeback campaigns of these two past North American giants, who both fell hard in Season 8. G2 is back in prime form, while Cloud9 frankly doesn’t look much better than last season.

OH MY 😱@Its_JSTN soars for an amazing shot to put the game out of reach. #RLCS9

We’ve grown accustomed to seeing great plays from NRG’s Justin “Jstn” Morales, the mechanical monster himself, reigning RLCS World Champion, and he who delivered arguably the greatest shot in RLCS history. Even so, he can still drop jaws on the back of shots like this as he pops the ball up, ramps up the wall, launches off and smacks the ball off of the backboard before meeting it on the other side of the net for the delivery. Just insane.

This ball was SCORCHING 🔥@Kaydops and @FairyPeak combine to fire a shot at light speed across the field. #RLCS9

Even seen a ball move at 151km/hour in Rocket League? You can watch it above as past championship teammates Alexandre “Kaydop” Courant and Victor “Fairy Peak” Locquet join up on the ball at the exact timing and angle needed to fire an absolute laser shot to the goal. Like the rest of us, all AS Monaco could really do was watch.

First it was the #TurboFlick, now it’s THIS 🔥😂

What do we call this one? #RLCS9

This is what peak performance looks like. Pierre “Turbopolsa” Silfver is the only four-time RLCS champion to date, and his lively personality and occasionally goofy on-the-pitch maneuvers have made him beloved—and here’s another example of the latter.

Turbo flings the ball off the wall and has a pretty impressive-looking flip reset goal attempt going on… but then he drops the finesse and barrels straight into Rogue defender Cameron “Kronovi” Bills, who goes flying into teammate Nicholas “Wonder” Blackerby, thus clearing the way for the goal. As caster Corelli exclaims, “That’s the most Turbo goal you’ll ever see.” Indeed.

Hrant “Flakes” Yakoub’s apparent decision to use an array of unpopular, seriously off-meta cars in his debut season with FC Barcelona has yet to backfire. If anything, it’s only made him stronger. Case in point: wielding the ridiculous-looking Proteus car, Flakes approaches the goal head-on and decides to whip out a Musty Flip, flipping backwards to slam in the shot with gusto. Man, what a fun week of RLCS highlights. Keep doing you, Flakes.