His weekly news report are an essential part of the Rocket League pro scene, starting today we’re happy to feature Jasher’s “This Week in Rocket League” also on Rocketeers.gg, your magazine all about Rocket League esports. In his news reports Jasher gives you an overview on all the things that happened this week in the Rocket League scene. He provides you with links to community podcasts and tells you what events are hot right now. He also links the best articles of the week, which we love to feature on here to further strengthen the community. Make sure to check back every week (usually on Wednesday) to never miss another Rocket League news. 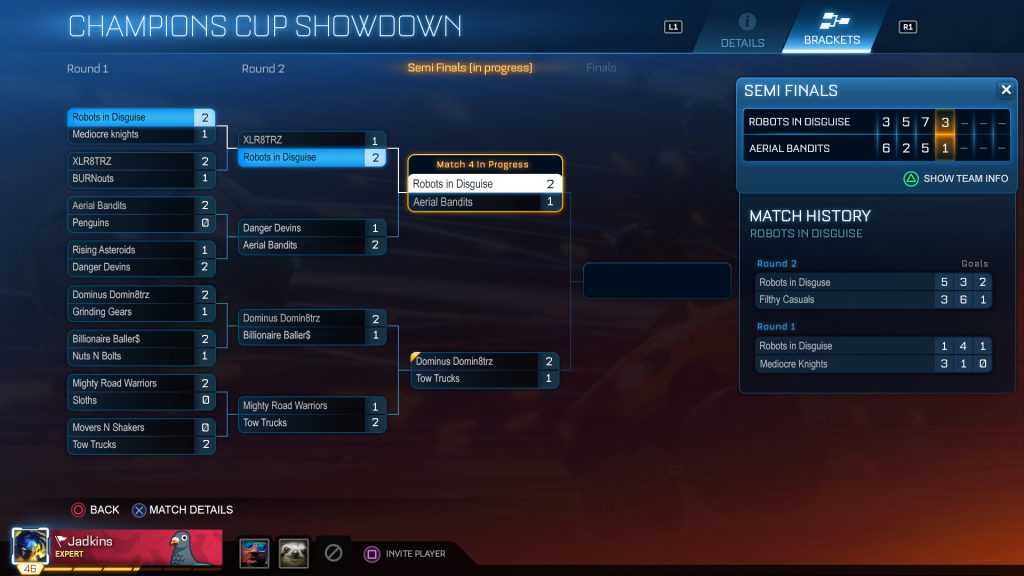 Rocket League’s new tournaments feature will debut in the next feature update (March-April). Organizers will be able to create single-elimination tournaments with up to 128 teams. They will also be able to configure the game mode (1v1, 2v2, 3v3, 4v4), game type (soccar, hoops, rumble, etc.), and minumum and maximum ranks.

For those wondering why the beta is “PC-only,” it’s because Steam allows us to make changes and collect performance feedback more rapidly than any other platform. – Devin Connors

March 8th, 2016 – Psyonix begins their partnership with DC Comics by introducing the Batman vs Superman: Dawn of Justicebatmobile to Rocket League.

Almost exactly two years later, Psyonix and DC Comics will continue their partnership with the release of the DC Super Heroes DLC Pack on March 5th. Players will be able to purchase The Dark Knight Rises Tumbler, the ’89 Batmobile, and DC superhero decals and banners for $3.99.

RLCS continues with the 2nd qualifier on Saturday and Sunday.

To stay up-to-date on the latest RLCS and RLRS news, see the Octane and Liquipedia pages below.

League of Rockets unique promotional and presentational flair continues to stand out among the crowd in Rocket League. On Sunday, their highly anticipated third event, Twelve Titans: Year Two, premiered.

Over the past 2 weeks, 8 of Oceania’s best competed in league play of the Throwdown Open Series, a preview of the Throwdown Cup. The top 6 have advanced to a gauntlet playoff, which will take place this weekend on .tv/ThrowdownTV. Read more…

Jasher
From tournament administrator, to event coordinator, to community power ranker, Jasher has found a way to stay active and involved in the Rocket League community. His weekly article, This Week in Rocket League, highlights recent community news.
JasherIO
Next Articles
Rocket League gets two new Batmobile Battle Cars with upcoming DLC pack
FlipSid3 Tactics’ Miztik: “Being captain is going to be a big test”
The 4 Biggest Takeaways from Twelve Titans: Year Two