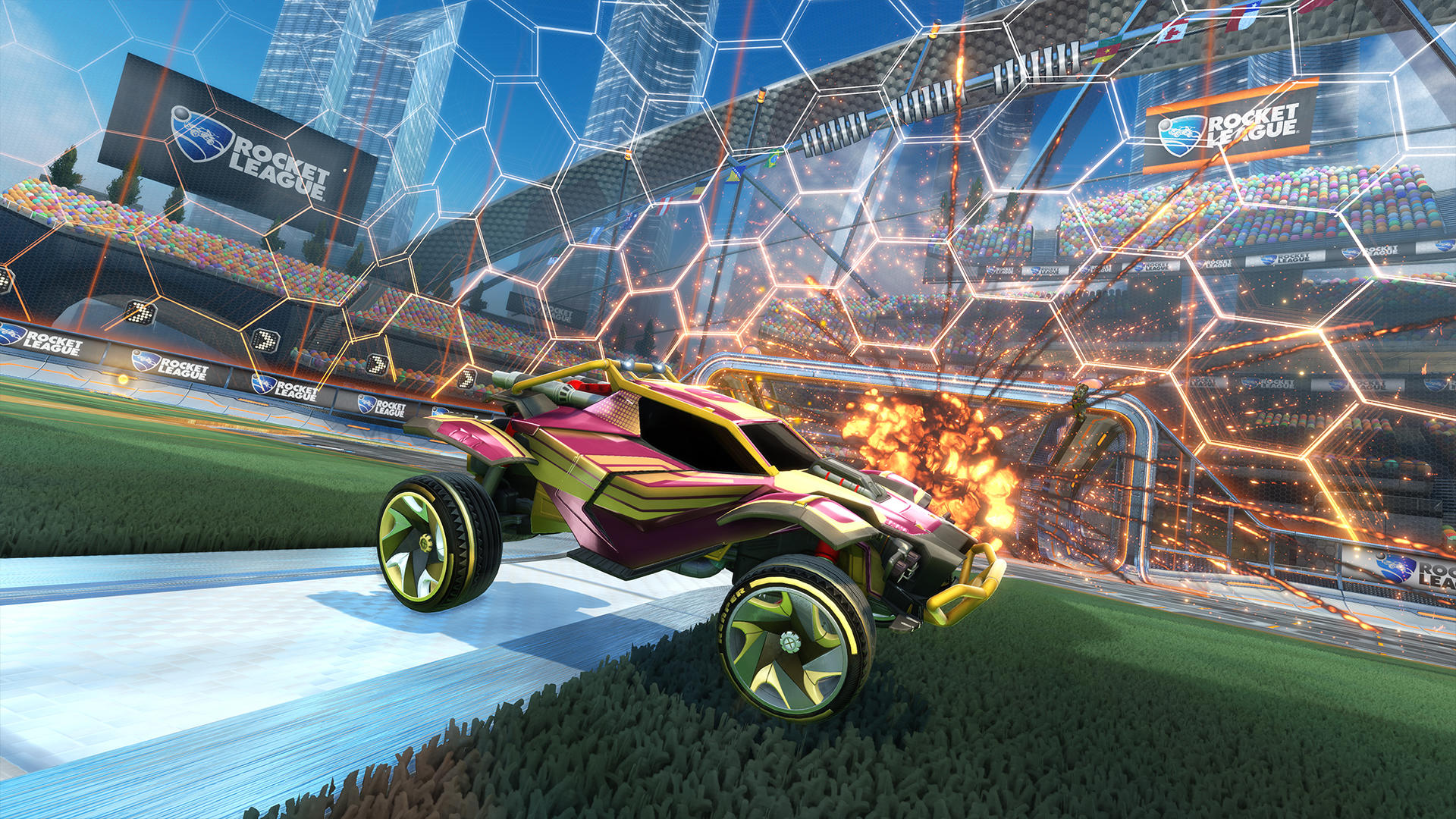 Week 2 of the Rocket League Championship Series (RLCS) – Season 8 League Play delivered some stunning results and sizzling shots, with notable victories from the likes of NRG, the Pittsburgh Knights, Renegades, and Mousesports, as well as some fantastic shots that you need to see to appreciate.

Here’s a look at the biggest moments from this past weekend, and loop back on Week 1’s biggest plays if you missed ’em.

NRG’s Garrett “GarrettG” Gordon not only makes the pass in this game-three goal against Birds, but he also opens up the net with a perfect spinning demo against Ayjacks. Now that’s going above and beyond as a teammate. Without the second move, Justin “jstn” Morales has a much tougher shot. Instead, he sinks an insurance goal that leads to NRG’s 3-0 series sweep.

Are the Pittsburgh Knights ready to break up the NA Big 3’s dominance? After winning DreamHack Montreal last month (as The Peeps) against G2, they came in this week and reverse-swept Cloud9. It looked like a pretty breezy win for C9 at first, but after losing game three, they seemed to come apart—and the Knights cruised the rest of the way. They’re sitting at 2-1 now after two weeks… the same record as Ghost Gaming (?!).

TEAMWORK FOR THE WIN ?@NRGgg show off the team plays as they win the #RLCS8 Match of the Week! pic.twitter.com/Hohd6nSlsI

This was easily the most-hyped match of the entire weekend… but G2 got pummeled. NRG are truly firing on all cylinders right now, taking the 3-0 sweep over G2 with team plays like this, and improving their overall season record to 3-0 with a 9-1 games tally. And to top it all off, EU legend and three-time RLCS champ Pierre “Turbopolsa” Silfver won NA Player of the Day.

This is almost like the OCE equivalent of the G2/NRG matchup—the region’s two biggest titans squaring off to potentially set the tone for the rest of the season. And it was the Renegades that prevailed this time around with a 3-1 win, with this slick solo play from Cameron “Kamii” Ingram putting them ahead in the final game. Chiefs sit at 1-2 after two weeks—a concerning start after the third week of Oceanic play for such a storied org.

Mousesports turns it around

FC Barcelona took the first two games on the back of an impressive offensive surge by Dan “Bluey” Bluett, but Mousesports didn’t let up. After swinging momentum back in their favor with a 5-0 rout in game three, Mousesports continued fighting and took the last two one-goal games to prevail with the reverse sweep. This sick pass from Francesco “kuxir97” Cinquemani to Linus “al0t” Möllergren shows the kind of team play that got them there.

Alexandre “Kaydop” Courant is one of Rocket League’s living legends, with three RLCS titles to his name—and he showed off his brilliant offensive prowess with this zany shot, complete with a flip reset along the way. But don’t discount the efforts of teammate Kyle “Scrub Killa” Robertson, who cleared Kaydop’s path to the goal by taking out a defender. Vitality sits atop Europe at 2-0 now.

Reysbull drops from the sky

Oxey Team got off to a very, very rough start in South America’s Grand Series last week, going 0-2 in its first two series. Luckily, Oxey had a much more successful second week, winning both of its series—with this slick ceiling drop/double-tap shot by Reysbull leading to a late-game tie. Oxey ultimately won that game in overtime en route to the series victory… and 2-2 looks a whole lot better for Oxey now.