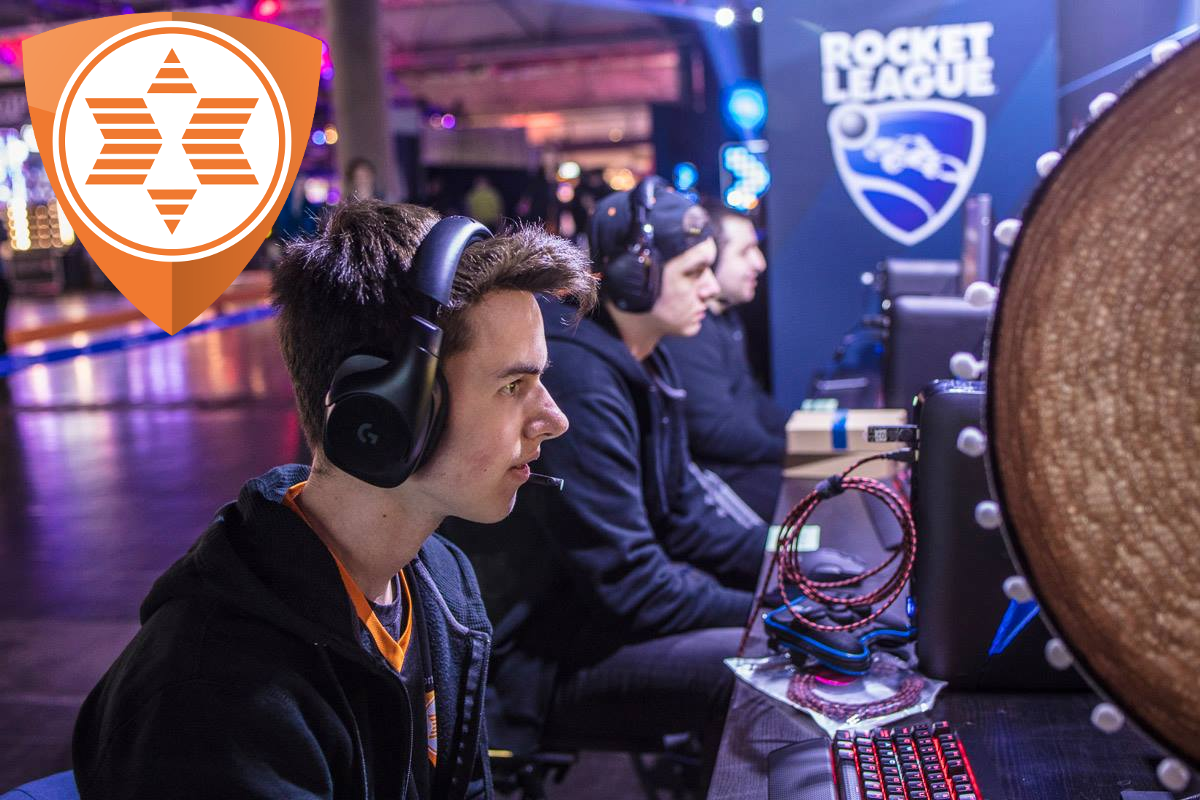 From Tech Store to Esports Brand: The Rise of Team Expert

In November 2017 Team Expert officially entered the Rocket League scene. They signed a bubble team from Europe that was formerly known as Team Firewall. Their current squad features four German Rocket League players named Vel, Iceteazy, Cokaaa and substitute player Almost Lucky (funny name for a sub if you think about it…).

Rocket League wasn’t Expert’s first move into the ever-growing world of esports. When they signed the four Rocket League players they already had been quite active for some time. Team Expert has a couple of FIFA pro-players, they have a PUBG squad as well as a Trackmania roster. Their most successful endeavours include their Heroes of the Storm team performance in the HGC and at Blizzcon last year (since then the team disbanded) and most recently the impressive victory of Expert’s Starcraft 2 player Scarlett at IEM Pyeongchang.

!!!WE HAVE A CHAMPION!!!
She took down the highest winning #Starcraft player of all time!
– 4:1 ggwp @JinAirsOs ??#teamexpert @IEM #PeyongChang2018 pic.twitter.com/ykQJumASKw

What most people (at least outside of Europe) don’t realize: Expert actually isn’t an endemic esports brand, but a consumer electronic retail chain with more than 3000 stores in more than 21 countries. In that regard the case of Expert and their engagement in the esports world is a fascinating one: Because globally their recognition as an esports brand seems to have surpassed their recognition as a consumer electronic retail chain. Rocketeers.gg reached out to Expert to discuss their engagement in the esports world in general and Rocket League in particular. We spoke with Uwe Semtner who runs Expert’s esports business for the German based Expert SE. 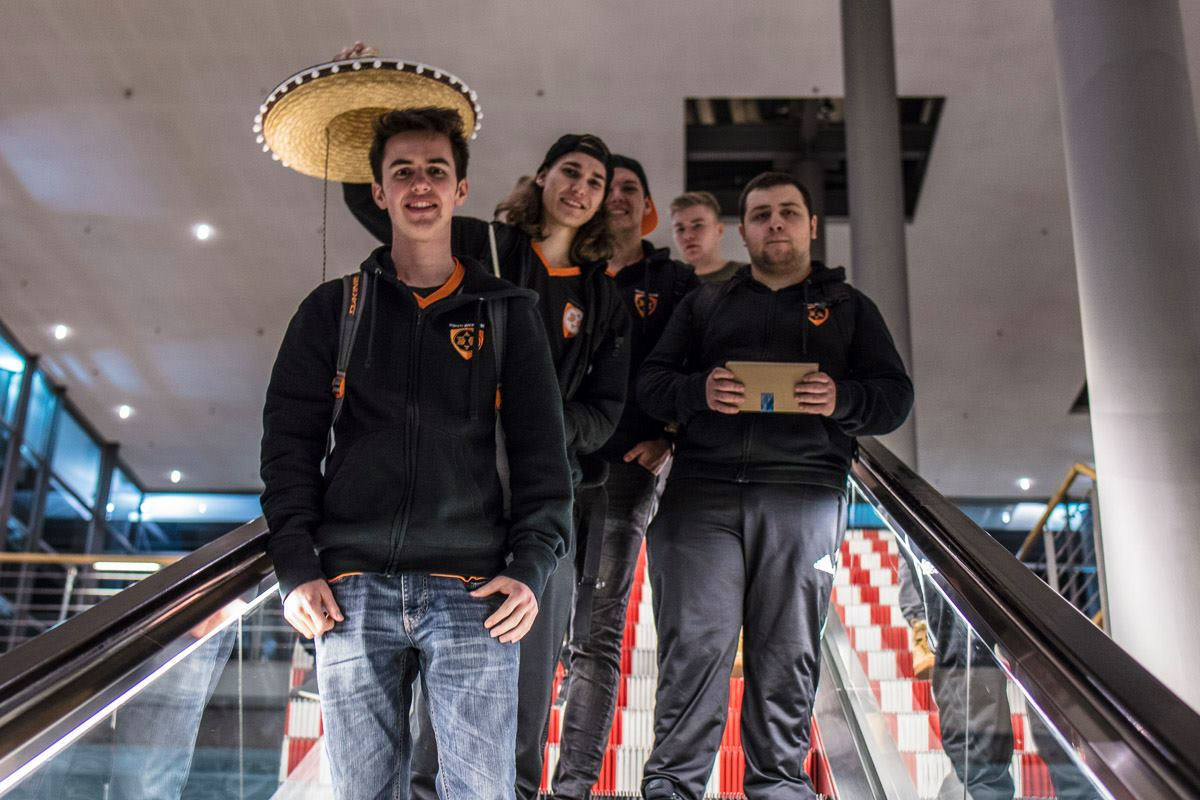 Uwe, guide us through the process: How did Expert, a consumer electronic retail chain, found esports and was interested in exploring the opportunities this scene has to offer?

Well, in the end it’s all about reaching a completely new target group: All those that don’t even look at printed flyers or newspapers or that don’t feel addressed by normal TV ads. Young and active people that live digitally and feel more addressed by social media than by traditional advertising. Apart from that: Gaming is mass sport. Because of the rapid development of technology almost 90% of the population uses smartphones, tablets, computers. You can play on all of those devices – even if it’s just Snake that you play at the airport to kill time until your flight departs. Gaming and therefore also the professional part in the form of esports have reached the mainstream. It’s only consequent from Expert’s point of view to focus on it intensively. 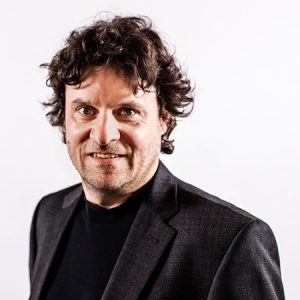 In how far does Expert’s esports engagement reflect positively on the brand in general?

It does in many ways. But I’m not allowed to share too much detail there. Just let me tell you that we have a lot of plans for the future.

The latest esports game that you picked up was Rocket League. How did you come across this game?

We’re always looking for new and innovative esports games. We have a complete department for this. Rocket League was on our wishlist for quite some time and if the publisher wouldn’t have scotched it we would’ve gotten into Rocket League just in time for IFA 2017 (Editor’s note: Europe’s biggest tech show). At the end of 2017 we finally found the right team and here we are.

“It’s never boring for the viewer”

What makes Rocket League so special as an esports game?

Rocket League is a game everybody can immediately understand. It’s a lot of fun, it’s exciting and never boring for the viewer. It also unites Germany’s two most favourite traditional sports: football and racing. The game is suitable for minors which is for the retail chain Expert immensely important. It has a viral fan culture and as an esports game it’s not as outworn as many others.

Your team of choice is a bubble team from Germany, formerly known as Team Firewall. How did you find these guys?

As I mentioned, we observed the scene for a long time and since our unsuccessful attempt to have a team for IFA 2017 we at least had a couple of good contacts within the scene. After a while we found our current roster and signed them.

Which other esports games do you currently find intriguing?

We’re strongly represented in FIFA, PES and Trackmania. Even if some belittle these games and refuse to recognize specifically FIFA as esports, those are games that have strong relevance for us especially in our home country Germany, even more so because they also appeal to casual gamers. We’re also well represented in PUBG, the hyped Battle Royal game. And of course we have Starcraft 2 with our top players Scarlett, Bly and MMA (editor’s note: the interview was conducted before Scarlett won IEM). Apart from that we’re currently planning our return to CS:GO. But more on that when the time is ready.

Thank you for your time, Uwe.

The rise of Expert as an esports brand is the result of a company that was obviously willing to take risks and step up to engage in a brand new market many others weren’t too eager to touch. The stigma of gaming in general and esports in particular is something that Expert in their brave attempt simply overcame – with positive results. While writing this article I reached out too many of my gaming friends from the US. Every single one of them of course knew Expert. But they were baffled when I told them that Expert is actually a consumer electronic retail chain from Europe. They had never heard of them, let alone walked into one of their stores. Still, Expert reached global brand recognition in a target group other brands desperately try to reach.

The ways Expert does it are quite authentic: They set up a streaming studio in their headquarter in the small German town Bad Tölz, from where they broadcast daily gaming shows and already hosted small tournaments such as the Team Expert Weekend Clash (fun fact: which was won by our Rocketeers team) and now they have a Rocket League team that already made an appearance at Dreamhack Leipzig, although being eliminated on day 1.

We reached out to Vel, the team captain of Team Expert’s Rocket League squad, to talk about their future goals and how much has changed since they signed with Team Expert. 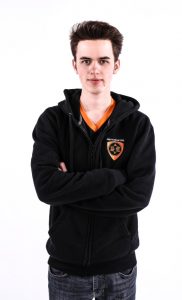 Vel, how did you manage to get signed by Team Expert. Did they approach you or did you approach them?

They got in contact with Almost Lucky and together they scouted teams. After a while they came across our team and asked us if we would be interested in working together with Expert. We talked a bit and did some friendly matches together after which we decided that we’d go with them and Almost Lucky as our sub.

Were you actively looking for an organisation or did this offer came out of the blue?

When we were still active under the name Team Firewall we already partned with Atlas and played under the name Atlas Firewall for a couple of months. A lot of orgs actually wanted us a a team, but we declined all offers because Team Firewall was already a recognized brand in Germany and I’m also always interested in doing things by myself. But with Expert we just couldn’t pass on that opportunity. They’re such a huge partner, it makes so much more possible for us.

You were signed by Expert at the end of November. In how far have things changed since your signing? What kind of impact does such a huge org have on the way you operate as a team?

It offers us lots of advantages. The professionalism and the experience – especially when it comes to content creation or social media – is something we can really profit from. They take very good care of us, are always available if we have questions or need help and they always offer their support. It’s really great to have people behind you that help you with all the things you have to deal with as a team apart from playing Rocket League – that way you can focus on playing Rocket League as much as possible.

Since Expert signed us we were able to train even harder than before. We separate our training sessions into individual and team training sessions. The individual training is focused a lot on custom trainings for dribblings and such. If we as a team get together in the evening we play scrims against other top teams, by the way: we’re looking for more scrim partners. We also participate in smaller tournaments to compete against other teams and replay analysis is also very important for us.

I know that you’re still in college, so you’re not going full-time right now. From your point of view: In what kind of state is the Rocket League esports scene currently? Is there the potential to do this full-time?

The new guidelines with relegations make it a lot safer, but Rocket League esports in general is still a bit unsafe. If things go wrong you can be out of a job within a month. The bigger organisations bring more safety to the scene, which is good. Expert also made it clear from the very beginning that their player’s education is really important to them, so if you have to take some time off to focus on school or college you can always make that a priority.

But now that you have such a strong partner on your side I bet you have set ambitious goals for yourself, possibly a spot in the RLRS?

That’s correct. We train a lot for RLRS. I think we also made a good impression at Dreamhack. We were eliminated by Team Secret in a very close match going 2-3 and 2-3. We showed that we can compete with big teams. Apart from RLRS we also want to play Gfinity cups and additionally we will also host more of our own tournaments such as Expert Weekend Clash which we hosted a couple of weeks ago.

Do you want to remind we who won that particular tournament?

Hmm… I can’t remember… just kidding: I know, the Rocketeers team won that tournament. I believe tournaments like that are really good for the community. We had good viewer numbers and definitely want to repeat that experience.

??TEAM ROCKETEERS WON THE TEAM EXPERT WEEKEND CLASH#1, GZ??
GG and WP to all participants, was a blast to watch you play! ?⚽
? Don’t forget that you can win the prize from Team Expert tomorrow?#teamexpert #weekendclash #gg #wp pic.twitter.com/7quZazvS4h

Dorian Gorr
Dorian discovered Rocket League when it first came to PS4. He stopped playing after he saw the RLCS for the first time and became discouraged from trying any more miserable Aerials. As a journalist with more than a decade of experience working for many of the biggest German media companies he now lives out his Rocket League passion as Head Editor for Rocketeers.gg
doriangorr
Next Articles
Holy Sh*t! What an Air Dribbling Goal!
Gregan on Leaving Casting for Renault Sport Team Vitality
Renault sponsors Team Vitality and signs Paschy, Freakii and Fairy Peak