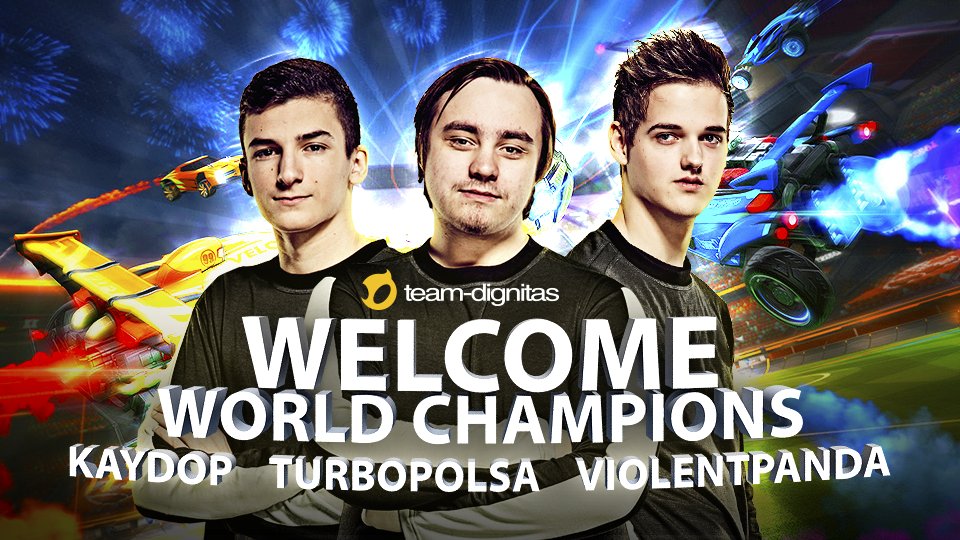 This is a roster change nobody saw coming: Team Dignitas makes another swing at the professional Rocket League scene and acquires the current World Champions from Gale Force esports. The team of Kaydop, Turbopolsa and ViolentPanda will play the upcoming World Championship in London under the Dignitas banner.

It’s a big day at Team Dignitas! We’re excited to introduce you to our new CEO, @mikeprindi.

This acquisition coincides with the appointment of the new Dignitas CEO Michael Prindiville, who formerly was the Executive Producer at NBC Sports – and who has made a strong first move with this acquisition. The Gale Force roster is probably still the best in the world as of now, so Team Dignitas are set on a bright future in Rocket League and are already a favourite going into the World Championship.

No statement from Gale Force

This new roster also means that their former Rival Series squad of Chicago, zol and Turtle will be released. As for Gale Force: The organisation hasn’t issued a statement about this disruptive and highly unexpected transfer, yet. We will add it as soon as it’s available.

You can read the full announcement from Team Dignitas here.

Winning it all, then almost losing it all: Team EnVyUs returns to the RLCS World Championship