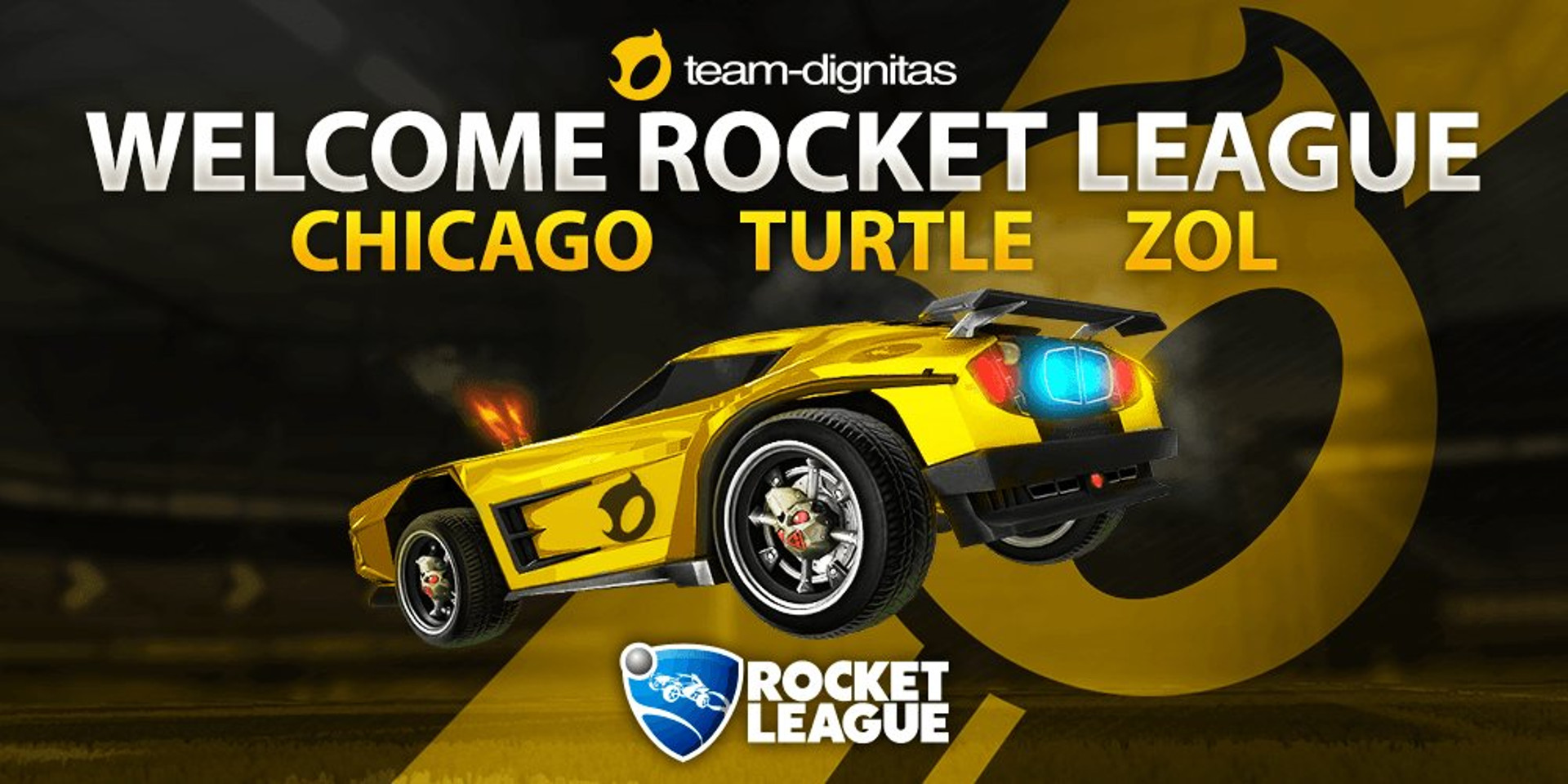 Currently there are so many professional organisations joining the Rocket League esports scene. First Fnatic announced their return with the signing of The Leftovers, then Team Expert signed a team, PSG already has its RLCS squad, the list goes on and on. So many orgs seem to see the huge potential that Rocket League offers as an esport.

Now with Team Dignitas there’s another org joining that turned quite some heads in other esports games, such as Heroes of the Storm, where their team is feared all across the EU region.

At the beginning of this week Team Dignitas announced that they signed Chicago and Zolhay who were formerly on Team Applesauce (that name…) as well as former Rogue player Turtle. This marks Dignitas’ first entry into the professional Rocket League scene.

Teams such as Fnatic or Dignitas already have a loyal fan base, that stem from their various activities in other esports games. Bringing these fans into Rocket League might have a huge impact on the scene in general – and even attract more professional orgs.

Team Dignitas will probably make their first appearance this weekend at Dreamhack. According to the official Discord channel there is still a team Applesauce listed. That spot will most likely be filled by the roster that now plays in black and yellow – the colours of Team Dignitas.

Dorian Gorr
Dorian discovered Rocket League when it first came to PS4. He stopped playing after he saw the RLCS for the first time and became discouraged from trying any more miserable Aerials. As a journalist with more than a decade of experience working for many of the biggest German media companies he now lives out his Rocket League passion as Head Editor for Rocketeers.gg
doriangorr
Next Articles
Watch this Crazy Bicycle Flip that leads to an amazing Goal
Why Dreamhack Leipzig chose Rocket League over Counter-Strike
Who will win Dreamhack according to Pros, that AREN’T playing there?