Team Liquid’s Speed on RLCS X: “We’re always going to be that team no one wants to play”

The Rocket League Championship Series is back in action this weekend with the new, hugely-expanded RLCS X format—and while a few key orgs are now missing in action, they’ve been replaced by other giants in the esports scene.

Rocketeers caught up with Speed this week to find out how they went from Mouz to Liquid, why Fruity was well-suited to be their third, last season’s ill-timed departure of ex-teammate Kyle “Scrub Killa” Robertson, and the impact of the pandemic thus far as a pro player accustomed to competing in live LAN events.

Rocketeers: How did you guys end up with Team Liquid?

Speed: We signed with an esports agent the day we got dropped from Mouz. By the next Saturday, we had received our first [contract] draft from Liquid. It was so quick.

Literally, the agent just went: “Hey, Liquid are interested… Liquid have sent us an offer… Liquid have sent a first draft.” We had only waited for a week and I was like, “Oh! Perfect. Brilliant.” There’s nothing more to it, genuinely. It just was that quick.

Liquid is an organization that has apparently been considering Rocket League for years now. What do you think made them pull the trigger this time and go for you guys?

The CEO said it in one of the announcements. Basically, I think it was a mixture of the ecosystem being changed for RLCS X, closer to a Counter-Strike format, I think might have interested them—obviously they’re massive in Counter-Strike.

The mixture of having us as players, as well, like three reasonably big names in the scene. Kuxir and Fruity are obviously bigger than me, but at the same time, I’m not small by any means. It was like three big names, the esport is pulling in the right direction now, and they finally had the faith to jump in thinking that they’re gonna get something good out of it.

It’s incredible. It’s my favorite org—it’s my dream org. I’ve said it about 800 times. It’s literally my dream org. To bring them in… that’s not really what I cared about. Having them with me is what I cared about. Like, even if they’d been around the block for three years, it doesn’t change my opinion on them. They’re the best org in esports, in my opinion. Yeah, I’m thrilled. I really can’t say that enough.

What made Fruity the ideal person to be the third with you and Kuxir?

It was a mixture of play style and a maturity aspect. We said we didn’t really feel like wanting a coach this season… for reasons. Reasons. We didn’t really want a coach, but at the same time, if you’re gonna get a 15-year-old or 16-year-old that’s really immature and isn’t experienced, you then would almost need a coach. It’s only because with us three, we all are at the stage where we can pull in the right direction, and if something is wrong with us, it can be sorted normally without the need for a coach. We’re smart enough to know what we’re doing wrong anyway.

We picked him for a maturity aspect and obviously for an ability aspect. We wouldn’t pick a bad player, and he’s a good fit for us. All around, a good fit for us—a very solid player. That’s kind of what we wanted, to be honest with you. Especially this season where consistency, especially in the splits, is more important than the one-off performances. We felt like we wanted to be a more consistent team and Fruity brings that consistency, obviously. You look at Reciprocity. They’ve been consistently at the Top 4, Top 5 for the last two years with him. So we hope for more of that.

What’s your take on the new RLCS structure? Is it what you were hoping for from the esport?

What happened with leaving Mousesports in June? Were they looking to get out of Rocket League?

Without going into any NDA sort of stuff… Mouz were not satisfied with Psyonix for some amount of time, like a good six, seven, eight months. Without assuming, I think they might have just had enough, because they were unhappy with the way it was going from Seasons 8 and 9.

Not necessarily the way we were performing, because we were getting better, but the ecosystem they felt was not growing at the time. Maybe they’d not been clued in by Psyonix or something, or the other way…. I don’t know. I think it was just that they weren’t happy for some amount of time and it might just have been poorly timed, is my guess.

Can you talk a bit about the situation with Scrub Killa leaving last season? As a teammate, did you feel like his actions and the timing of them were justified?

I feel like his actions were justified, but I feel like his timing was absolutely dreadful. Like, I knew he didn’t like the contract, and I knew that was going to be a problem. I don’t blame him at all for leaving, but I just feel he could have waited… we literally had 10 days left in the season.

He left thinking that he could still play under Mouz, but Mouz didn’t want it… there were problems all around. I think he handled it well, apart from the fact that he did it 10 days from the end. If he had done it literally the day after Regionals, no one would have complained. We wouldn’t have complained. We’d be like: “Yeah, that’s understandable. Completely fine.”

I had a feeling it was gonna happen, because he didn’t like the contract, but it did come out of the blue in the sense that he turned up for scrims the next day and was like, “Oh hey, I just resigned.” And we were like: “Oh, convenient. That’s brilliant, three days before playing Barcelona and TSM to try to get Top 4. Perfect.”

But no, in all honesty, it was poorly timed. I think he meant well. I like him. He’s a nice guy. 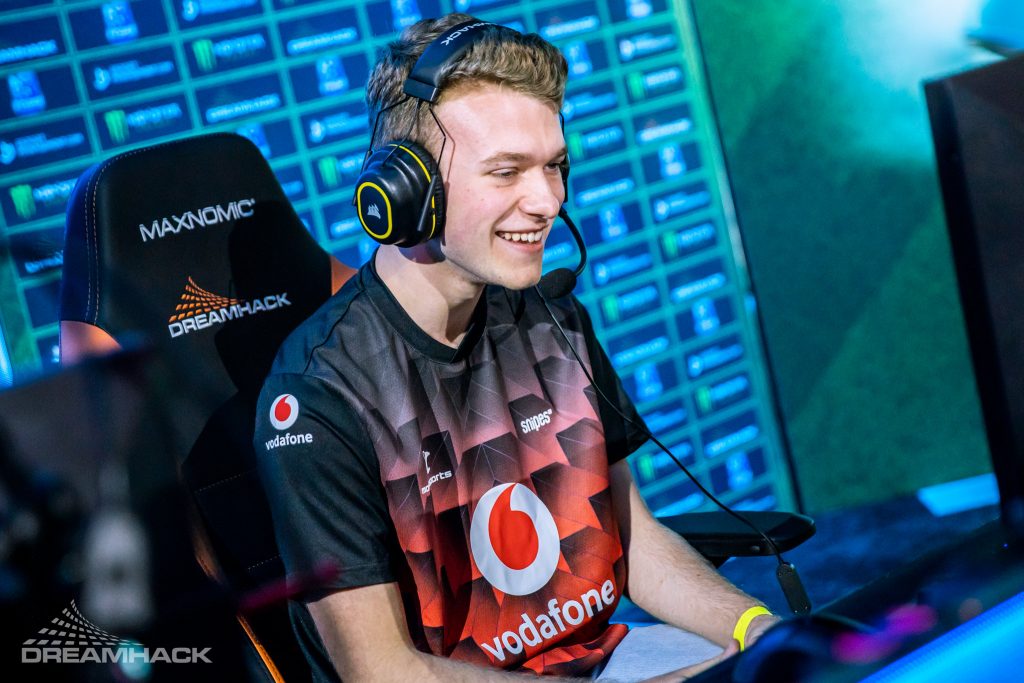 What has it been like these last few months being a pro player during a pandemic without live events going on?

This is definitely a case-by-case thing. Some pro players love it, I absolutely hate it… going outside is kind of bread and butter for me. I have to do it. I get increased serotonin from the sunlight, so pandemic kills me. The fact that I don’t even have a job that’s anywhere near going outside also kills me. I’ve been feeling like shit for the last three months. As far as LANs go, I’m bummed out about LANs because I love LANs. It sucked not having LANs, but it sucked more not being able to go outside.

However, the positives: I got a lot better at playing online in the last seven months, in my opinion, because there were no LANs to act as my crutch. I play like shit online, and then I turn up at a LAN and get Top 8 at a LAN and everyone will go, “Oh, he’s a good player again.” Now I’ve been forced to be more consistent and better online, as opposed to just relying on the fact that I handle pressure better than most people. I’ve actually had to get better at the game itself.

With the new RLCS structure and especially being online for this split, at least, would you say that has improved your chances going forward?

Absolutely. I think the one benefit of the pandemic for me and my team, personally, is it made me a better player online. With the first split and the major probably being online, if not definitely, it’s only going to help our chances in this first split. I’ve acclimatized to the fact that I won’t have that same hype, and won’t have that same amount of pressure as I would in a LAN environment. Now I’m used to it.

Beyond that, ultimately, what do you think will make this Liquid roster effective this season against the other EU giants?

Our consistency. Everybody likes to call myself and Kux, and especially myself… they say I’m always inconsistent as shit, but for the last six months I haven’t had a bad tournament apart from Fusion. Anyone who knows me well enough knew I was in a really bad way mentally right there. That was a tournament that I wrote off from the beginning. I did not want to play that, so no doubt I played like shit. Other than that tournament, I’ve been consistent individually and we’ve been consistent as a team.

I think it’s just that we’re going to be consistent this season. We picked Fruity up to be consistent, Kux is ridiculously consistent, and I’m now far more consistent. We’re just going to get really solid results over and over and over again, and we’re always going to be that team which no one wants to play. Every team knows they’ll have to play their best to beat us, because if you play bad we’ll just beat you every time. It’s very, very rare that we have a bad day.