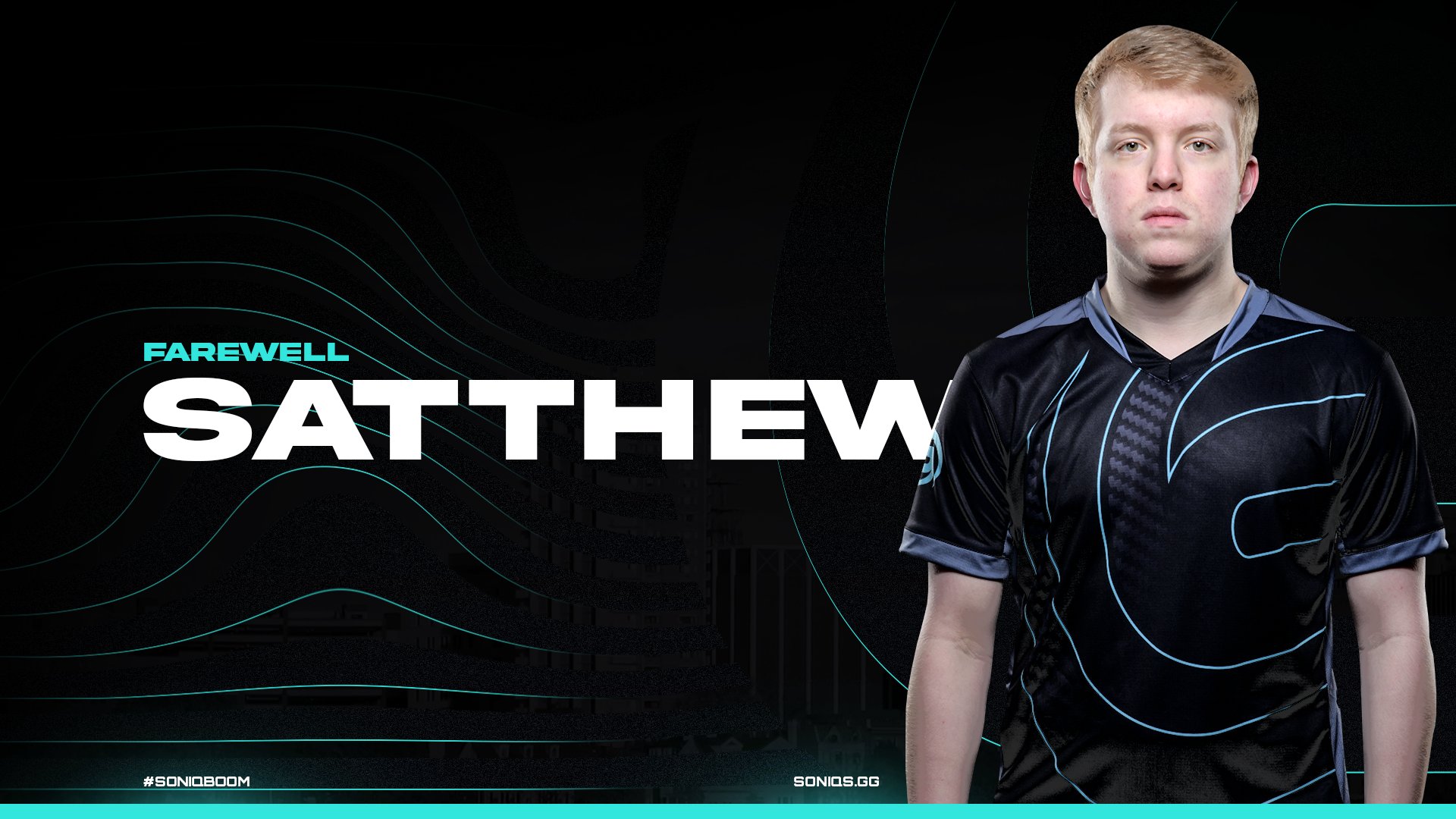 Matthew “Satthew” Ackermann announced today that he has retired from professional Rocket League play following his release from the Susquehanna Soniqs.

Satthew was part of the Bread team that got promoted from the Rival Series up to the Rocket League Championship Series, although Spacestation Gaming acquired the team before RLCS Season 7 play got underway. He was released soon after and formed Afterthought with Chris “Dappur” Mendoza and Nathan “Shock” Frommelt, and Satthew again earned his place back in the RLCS.

Today we have parted ways with @SatthewRL. As one of the original members of our Rocket League team, we're grateful for the countless ways he's contributed to the program. We wish him the best in his future endeavors.#SQRL pic.twitter.com/Bo8dIKf00r

That team signed with the Soniqs this past January for RLCS Season 9 and had a strong season, but then struggled afterwards and began splintering apart. Dappur was released in July and went to the Charlotte Phoenix, and then Season 9 MVP Shock was moved to the inactive roster with the signing of Raul “Roll Dizz” Diaz.

Satthew posted a TwitLonger detailing his decision, noting that he’s decided to refocus his energies on his education and other aspects of his life. However, he added that he might look into coaching or other opportunities in the competitive scene down the line.

“Unfortunately, my drive for competition in this game seemed to have been waning for a little bit, and I think it’s time to transfer that to another part in my life,” he wrote. “I want to better my physical and mental health, while also having the time to go out and socialize a bit more, as I missed out on a decent amount of that while playing in RLRS/RLCS during my first 3 years at university. I want to start securing my long-term future a bit more, as I know it doesn’t lie in playing Rocket League, nor can it coexist with it.”