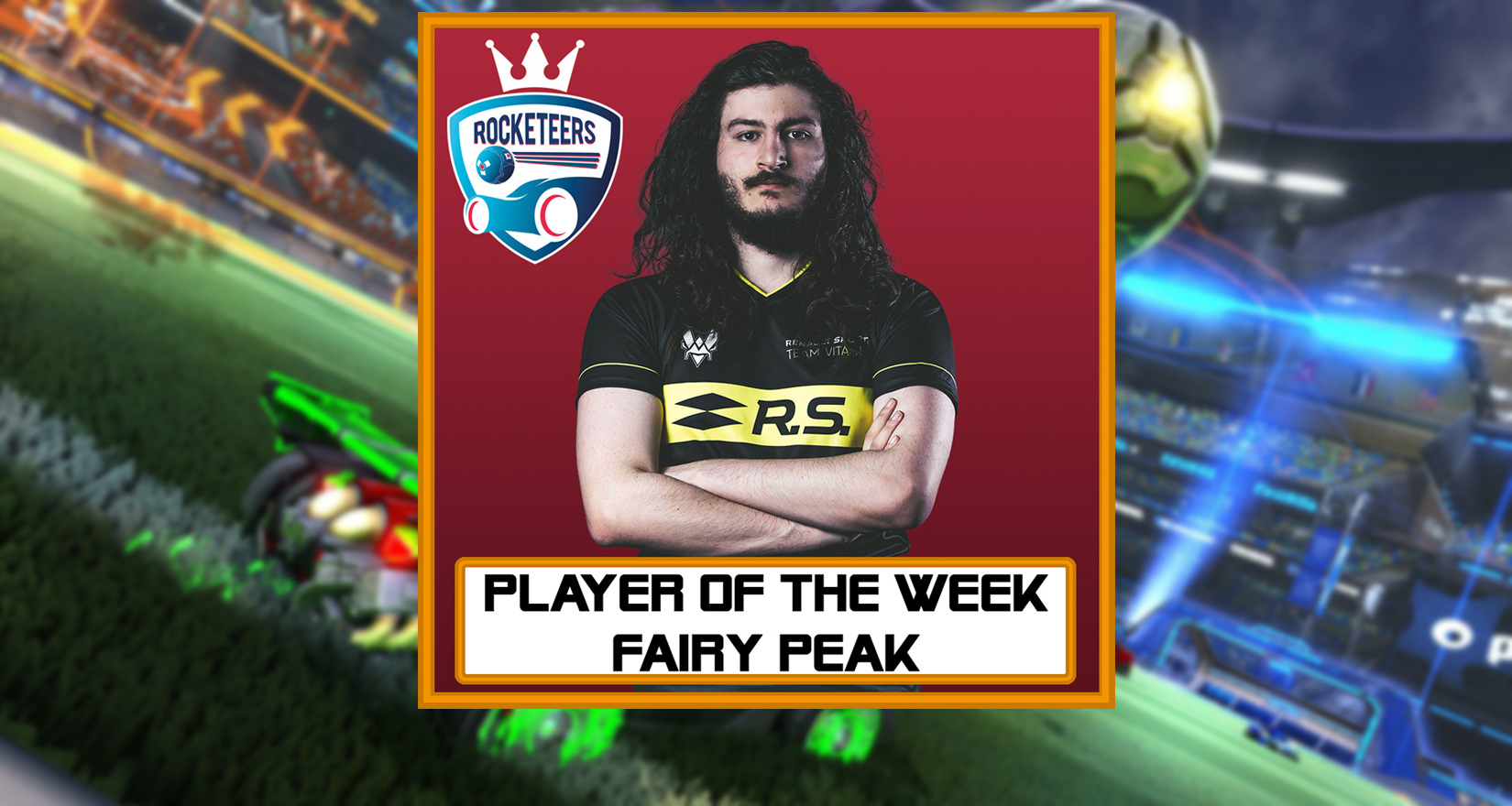 Fairy Peak is the Rocketeers Player of the Week

Starting today we will honor specific players for their accomplishments in recent matches. The Rocketeer of the Week Award is given to players who stood out for various reasons.

The first ever Rocketeers Player of the Week Award goes to Fairy Peak. The playmaker for Renault Team Vitality has quite some hype surrounding him. He’s a constant force in the 1s leaderboard and many consider him the best Rocket League player in the world.

While he was a bit unobtrusive at first, he delivered when his team needed him the most. In their match against compLexity it was obvious that Renault Vitality were struggling. Some minor mistakes, a few inconsistencies and missed shots led to Vitality being behind in the series and their final match, facing a first loss in their first RLCS Season 5 game.

But all of a sudden Fairy Peak unleashed his inner genius. With less than a minute to go he made an impressive flick to lob the ball over the compLexity defense. This play is just pure Rocket League beauty.

30 seconds later he dropped another ball from the backboard of compLexity into the goal, securing the important win for Vitality and taking his team to game 5 in the series, which Vitality were able to win after an overtime goal by Freakii.

Without Fairy Peak Vitality likely would’ve started their RLCS Season 5 with a loss. There’s been a lot of hype around Fairy Peak recently. In the first week of the new season he impressively showed why all this hype has been justified.

He’s our Rocketeers Player of the Week and we can’t wait to see what insane plays the French player will deliver throughout the rest of the season.

Dorian Gorr
Dorian discovered Rocket League when it first came to PS4. He stopped playing after he saw the RLCS for the first time and became discouraged from trying any more miserable Aerials. As a journalist with more than a decade of experience working for many of the biggest German media companies he now lives out his Rocket League passion as Head Editor for Rocketeers.gg
doriangorr
Next Articles
EyeIgnite: “I want to be the Eminem of Rocket League”
CompLexity’s Mognus: “I can’t wait to see where it goes from here”
RLCS Season 5 preview: the biggest storylines to follow