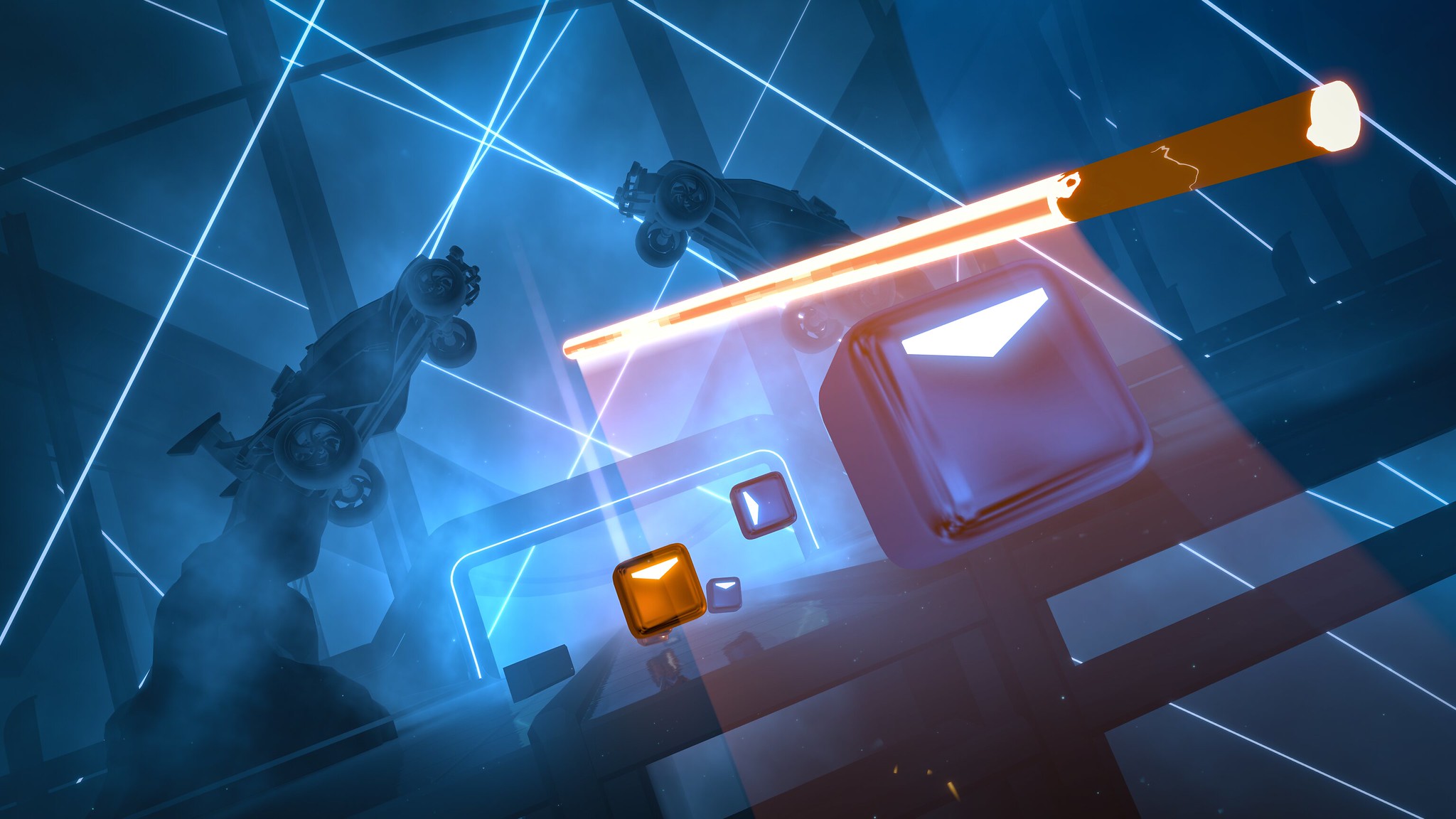 Here’s an unexpected collaboration: Beat Games has announced that a Rocket League x Monstercat Music Pack has been released for Beat Saber, the rhythmic VR game that sees you swing motion controllers to slice through incoming blocks with neon sabers.

The pack includes six songs from Monstercat artists that have been featured in Rocket League, plus you’ll play within an environment that includes a glowing goal in the background and giant rocket-car statues on either side.

In collaboration with @RocketLeague & @Monstercat, we’re bringing you the brand new Music Pack with 6 pumping tracks and Rocket League-inspired environment.

The included songs are:

The premium pack will be available today for Beat Saber across all platforms, including Oculus Quest, Steam (Rift and Vive), and PlayStation VR.

Rocket League will also award free items today based on Beat Saber: a topper, as well as a boost that features the familiar Beat Saber cubes and slashing sounds.