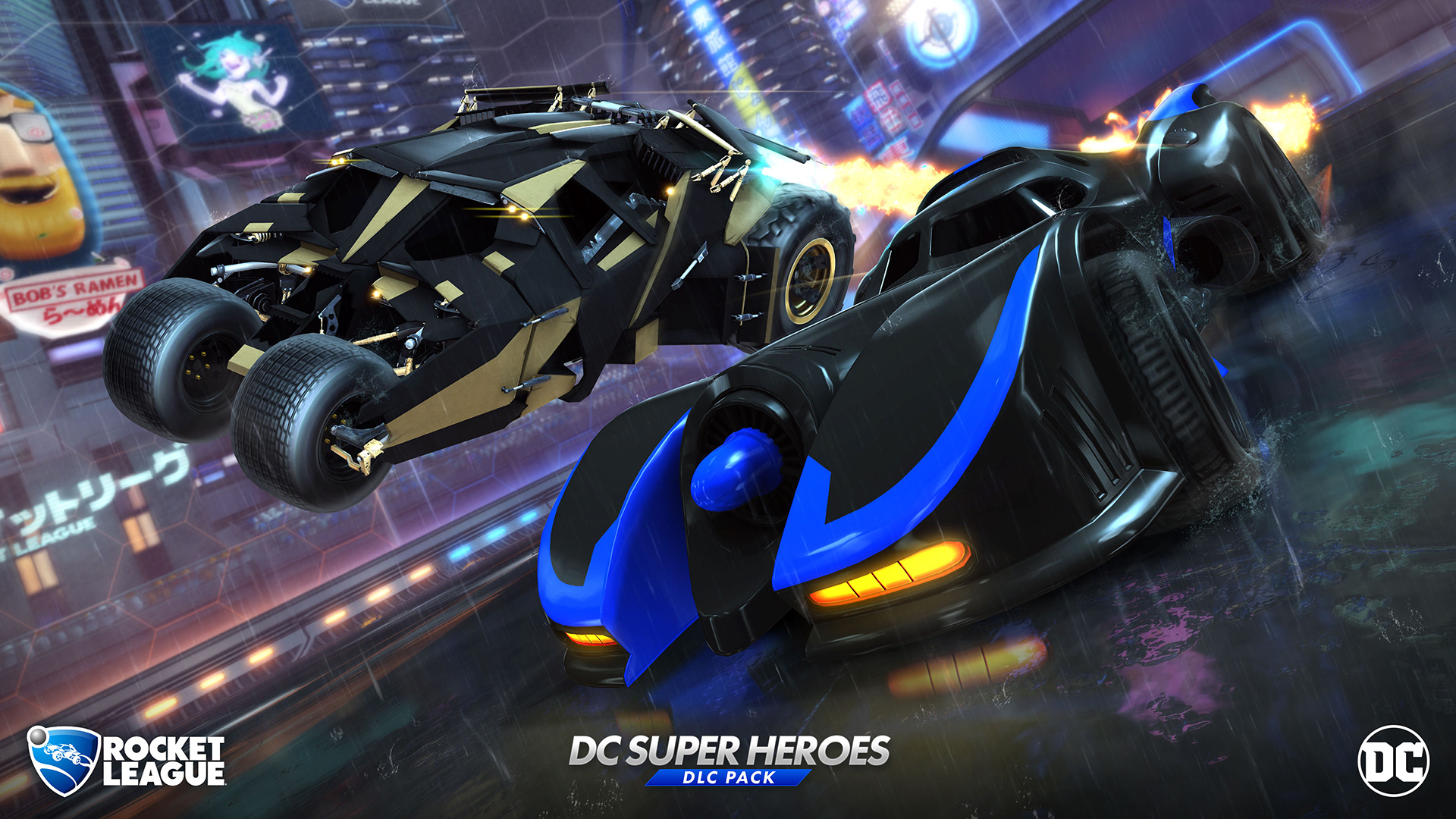 Well, one isn’t enough: Psyonix revealed today that Rocket League will get two more Batmobile battle cars. Along with the two new cars a couple of Hero themed cosmetic items will also be put into the game. The DLC will be released in partnership with Warner Bros. and DC Entertainment on March 5th.

The DLC will hit the stores on March 5th and will be priced at $3.99 USD (or regional equivalent). For all infos about the DLC check out Psyonix’ official page. What do you think about the items? Discuss the latest addition to the game on our Discord server.

Dorian Gorr
Dorian discovered Rocket League when it first came to PS4. He stopped playing after he saw the RLCS for the first time and became discouraged from trying any more miserable Aerials. As a journalist with more than a decade of experience working for many of the biggest German media companies he now lives out his Rocket League passion as Head Editor for Rocketeers.gg
doriangorr
Next Articles
FlipSid3 Tactics’ Miztik: “Being captain is going to be a big test”
The 4 Biggest Takeaways from Twelve Titans: Year Two
The Goal Line Save that leaves us speechless