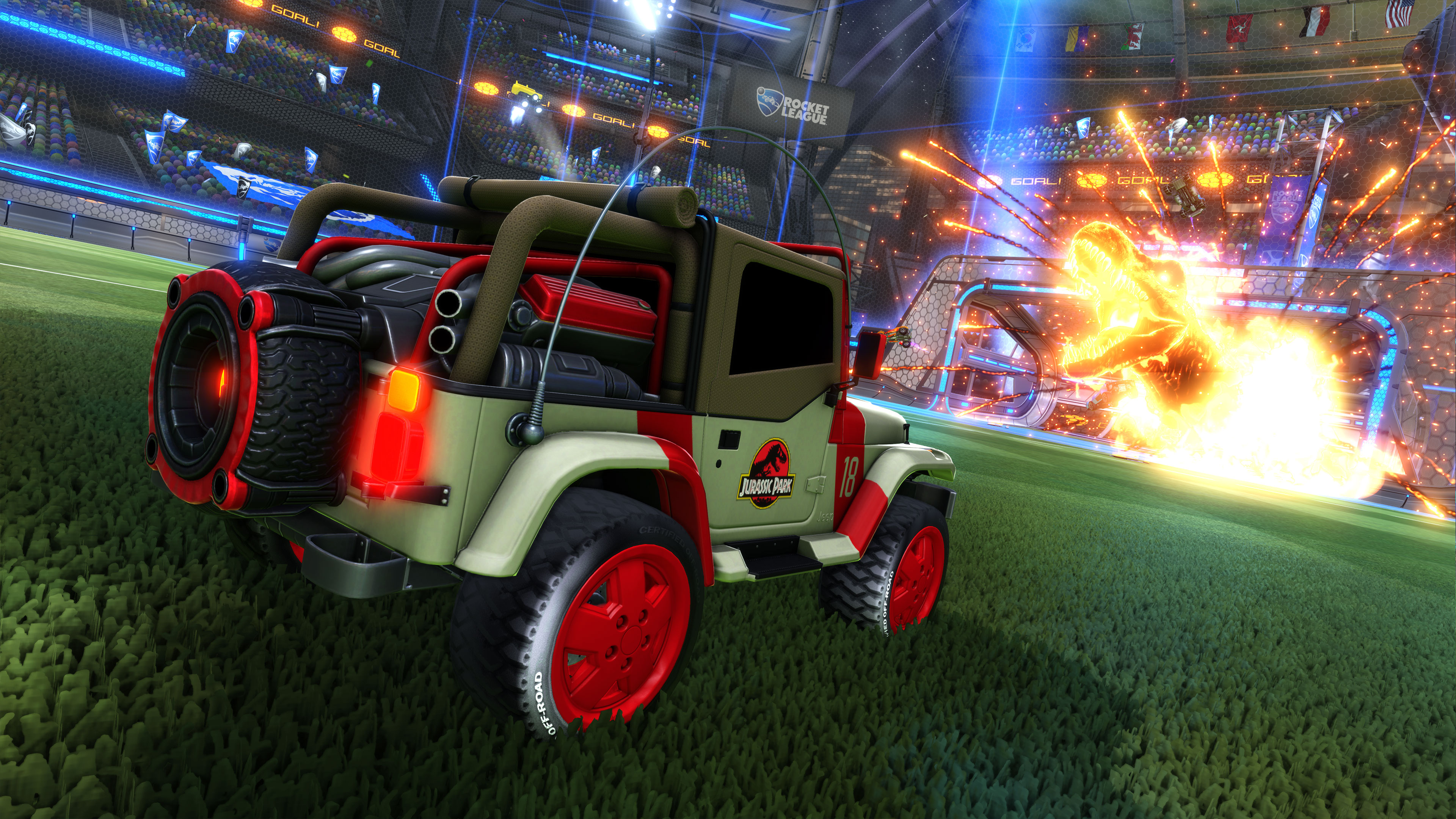 Prepare yourself for the next crossover between Rocket League and a beloved movie franchise: As Psyonix announced today, they will publish a Jurassic World DLC just in time for the release of the next movie of the Jurassic franchise.

The DLC will cost $1.99 and will be available for download on all platforms. Here’s a trailer that gives you a glimpse at the upcoming content. We’re not gonna lie: That Jeep and that goal explosion look amazing!