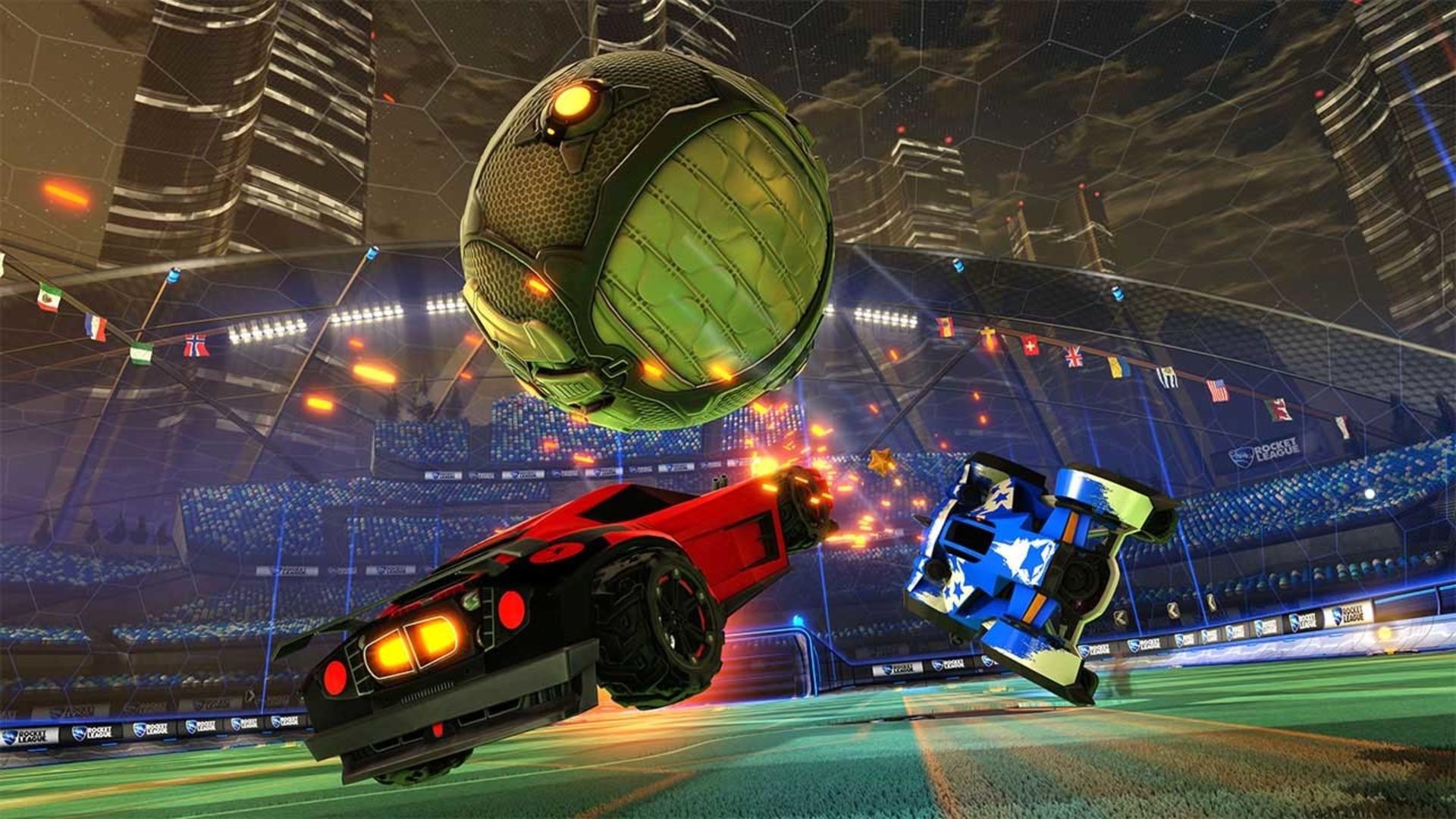 One of the most stressful times for Rocket League professionals is the promotion playoffs. RLCS teams that have struggled all season are pitted against the top RLRS teams that worked their hardest just for a shot at the highest league. This has ended some professionals careers, and has started others.

In North America, Evil Geniuses and Splyce had rough seasons, and were the bottom two teams in the RLCS. They were tasked with keeping their spots against the Rivals Series candidates: The Peeps, and The Birds and the Beez. The Birds and the Beez had a perfect season in the RLRS, with The Peeps getting in through tiebreakers. In the first match, Evil Geniuses looked like they would fall when down three games, but fought back with a dominant game four. It seemed like they would put up a fight, but lost in a close overtime and fell to the lower bracket.

WHAT IS THAT PASS?!@RetalsRL with a brilliant touch to help earn @PeepsRLRS the Game 1 win. #RLCS7

In the second upper bracket match, Splyce looked like they could keep their RLCS hopes alive when up three games to one, but The Birds and the Beez managed to take three straight games to secure an upper bracket final spot. In this final, the Rivals Series teams fought for a coveted RLCS spot, and The Peeps started strong. Again, they went up three games, only to drop game four. After a dominant game six, The Peeps secured their spot in the RLCS and were the first promoted team. They will fight to stay in the RLCS, and ultimately for a LAN spot next season.

In the lower bracket, Splyce managed to beat Evil Geniuses in a close series where only one game had more than a one goal margin. In an upper bracket rematch, Splyce seemed to be starting similarly with a two game lead. The Birds and the Beez quickly fought back, and with four game wins, they too had promoted. This leaves Splyce and Evil Geniuses in the Rivals Series hoping to reclaim their spots, and The Peeps and The Birds and the Beez facing some of the hardest competition.

Congratulations to Birds and the Beez! @hockserRL, @mist_525 and @RollDizz defeat Splyce in the Lower Bracket Finals to qualify for Season 8 of @RLEsports #RLCS! #RLCS8 ?

The biggest storyline coming into the European promotion playoffs was the fact that Kuxir, a legend of the game, was facing the possibility of losing his RLCS spot for the first time since its creation. Leading his squad of “The Bricks,” they were determined to defeat the challengers Complexity. Unfortunately for them, despite a close game one win, they failed to win any other games and were set in the lower bracket. The Complexity team that had barely gotten a top two spot was in the upper bracket final, and gReazymeister and Mognus had their chance to reclaim their former RLCS spots.

Just @Flakes_RL things ?@compLexity goes up 2-1 in the series. #RLCS7

In the other upper bracket game, Mousesports, who had not looked deadly all season, started well in the first two games outscoring their opponents eight to one. Veloce Esports, a veteran squad fighting for their past RLCS spots, began to fight back. They had gone undefeated in the RLRS, and it showed as they held composure and fought back to win the next four games. Just like in North America, both Rivals Series teams had taken victories against their RLCS opponent. In a close series, the first RLCS to fall was Mouz. They were down three games, and began fighting for the reverse sweep. They eventually fell in game six, and were back in the RLRS.

WELCOME BACK TO THE RLCS, @compLexity ?

In a Rivals Series rematch that had first gone in Veloce’s favor three to one, Complexity played an incredible series. The entire team was on point, and handily got a sweep to get into the RLCS. Veloce had one last chance against The Bricks, and started out with a game one win. The Bricks battled back and got three in a row. Immediately, Veloce turned on their team play and pushed the series to a game seven. In this close decider game, The Bricks were unstoppable and secured a win and their spot. As the only RLCS team to keep their spot, they have a lot to prove. Complexity also has to prove that they belong back in the RLCS, and that they can recover from a bad roster move.

.@TheBricksRL stay alive for Season 8 of @RLEsports #RLCS! @kuxir97, @Speed_Rl and @miztikRL take down Veloce in a tight 7 game series to defend their spot in the top division! #RLCS7