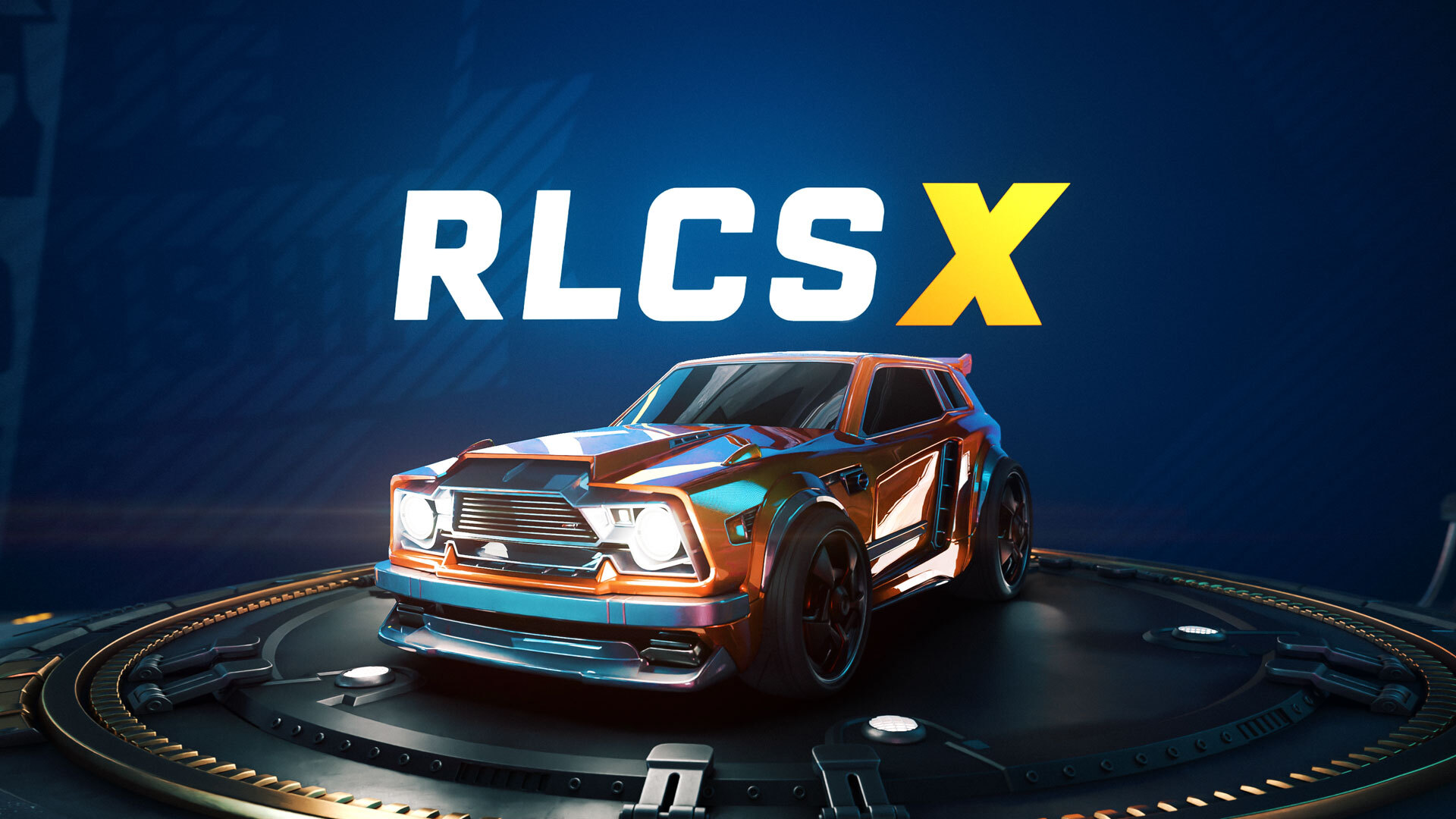 The Rocket League Championship Series is back for Season 10… or rather, Season X… but it won’t look or feel like any season before it. That’s because Psyonix is shifting the competition into an open, events-driven circuit rather than a weekly league.

RLCS X will span three splits – Fall, Winter, and Spring – across the same four regions as before, with more than $4.5 million up for grabs across the entire season and all regions. The format will ultimately conclude with a larger-scale Rocket League World Championship that features 16 teams and $1 million in prizing.

According to Psyonix, each North American and European split will feature three events, as well as a split-ending international Major. Each regional event will have a $100,000 prize pool, with Majors bumping that tally to $250,000. Teams will earn points towards World Championship qualification via competition.

The World Championship will feature 16 teams, bumped up from 12 in Season 8. That’s six teams each from North American and Europe (up from four each), and the same two each for Oceania and South America. According to a blog post, details for the Oceanic and South American league structure is still being sorted with local organizers.

The RLCS is evolving and we’ve got all the details you need. Head over to our blog to check out all of the changes and to see how you can get involved!

“RLCS X will be an open event-based circuit format that culminates in an annual Rocket League World Championship,” reads Psyonix’s blog post. “We believe this format strikes a healthy balance between open competition and rewarding consistent, high-level performance. It also gives us the flexibility to continue to award points towards World Championship qualification if live international events are not possible during the season due to worldwide health concerns.”

Given the current pandemic situation, all fall events will be held online. Signups for open qualifiers open up today via Battlefy, with the first broadcast taking place on August 1 for Europe’s initial regional event. 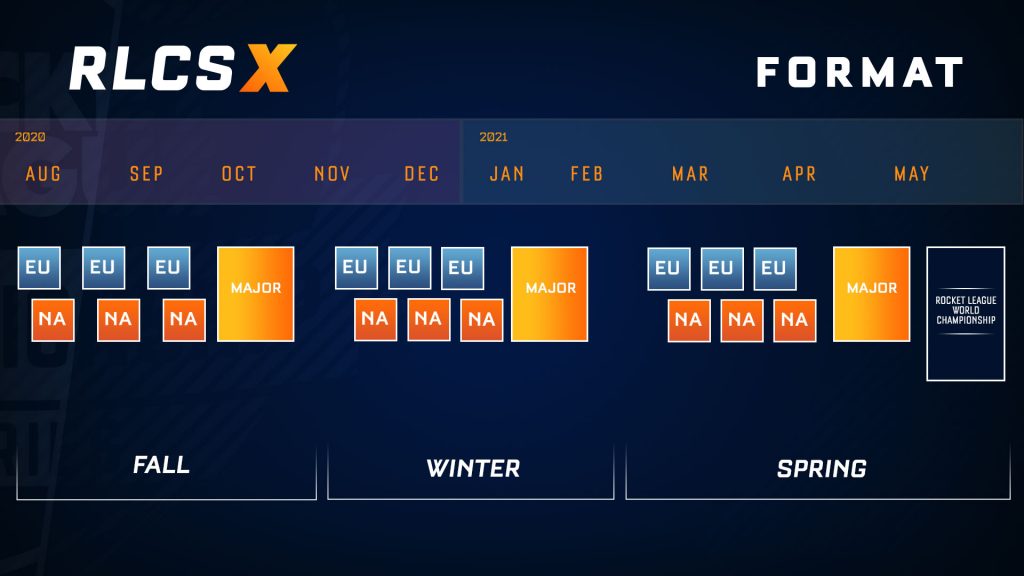 During the fall split, each regional event will feature 32 teams. RLCS Season 9 teams who meet roster requirements will automatically be qualified, while remaining Rival Series teams will automatically earn Day 3 seeding in the open qualifiers. Each event will use a Swiss format until the Top 8, which is a single-elimination bracket. Gradually, RLCS X will trim down the number of teams competing in the big events, with 24 teams per region during the winter split and 20 teams for the spring split.

There will also be weekly competition amidst all of this via RLCS: The Grid. Each split will have nine weekly tournaments with $10,000 up for grabs per region, with Grid Points letting teams qualify for each split’s major. Grid Points don’t go towards the World Championship, however; that’s a different format. RLCS Season 9 and Rival Series teams will be auto-qualified for the first season of The Grid.

For further details on the full extent of the new format, read Psyonix’s announcement post!