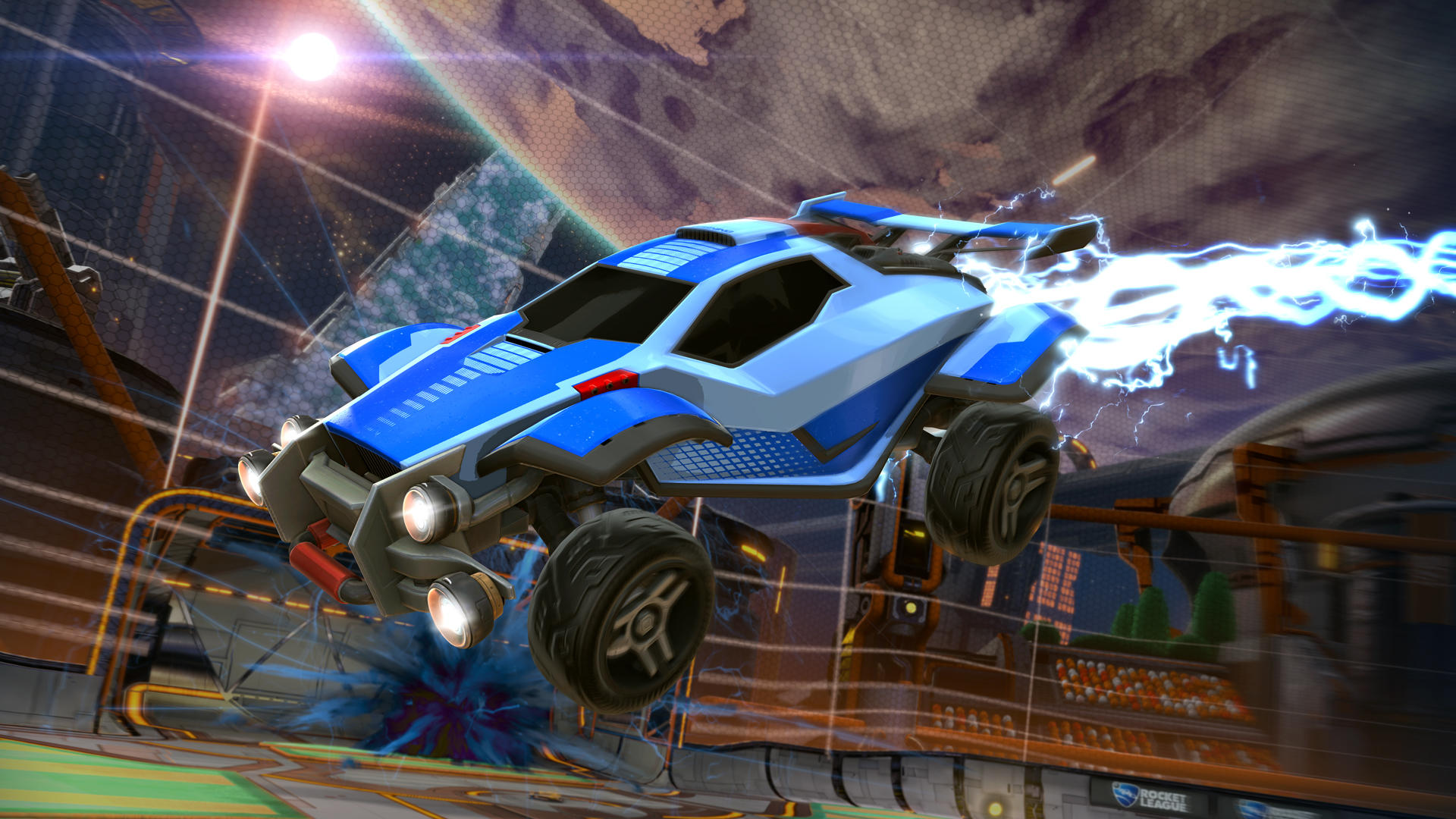 Substitute players aren’t often at the center of attention. As long as there are no injuries, you usually don’t hear about them over the course of a season. If every now and then a player gets sick, has a bad internet connection or something else comes up that makes it impossible for him to participate in a league match, the team’s substitute player just gets online and fills out the missing player’s role in the team. With all the RLCS league matches being played online, that’s a simple and efficient manner to handle someone’s absence.

However, the World Championship is a whole different story. Some players have travelled thousands of miles to a certain destination, and if someone gets seriously injured or sick, then it might become a problem if the substitute player isn’t there. It’s an unlikely scenario, but the stakes are high. We wondered how the teams handle this scenario, so we asked around and checked all 10 teams to find out whether or not they bring their substitute players to London.

Dignitas’ substitute player is Nicolas “Reepex” Ammann, a player from Switzerland. He played for Epsilon eSports and attended Dreamhack Leipzig as part of team VERITAS (Rocketeers’ parent company). As he told us, he won’t be able to attend the World Championship due to professional obligations.

Should also say it’s not only a consolation price to sub for Gale Force. It’s an honor to sub for such an amazing team

Vitality’s substitute player is Alexander “Gnagflow” Böttcher, a highly talented player from Berlin, Germany. He’s the winner of the VERITAS College Cup, a German Rocket League event, and has played numerous times as substitute player for Vitality, especially in the recent Gfinity Elite Series which Vitality won also in parts because of Gnagflow’s dedicated performances on days when one of the other players was sick. For the RLCS World Championship he will make another trip from Berlin to London as Vitality’s sub and step in in case of an emergency.

Envy’s substitute player is quite different from most other RLCS subs: it’s Marius “gReazymeister” Ranheim, one of the RLCS veterans whose experience reaches back to the first RLCS. He used to be on Flipsid3 Tactics, made the transfer to Envy but was benched when the team started to struggle. Envy brought in EyeIgnite and rumours say that gReazymeister has plans to form a new team for the upcoming RLCS, possibly with Rocket League wunderkind Scrub Killa. We weren’t able to confirm gReazy’s attendance at the World Championship in London, but a joke on his Twitter timeline might suggest that he’ll be there.

CompLexity’s sub is 17-year-old English player Jack Packwood-Clarke, better known by the name Speed. When we reached out to him, he confirmed that he will attend the World Championship, but confirmed that the chances of the team actually needing him are low.

Side note: this might be the last time we hear from Speed as a substitute player. Most recently he formed a new team called The Bricks with former Method player Shakahron and a Danish player named Fruity. In our interview with Shakahron, he stated that he felt very confident about this new team, and their most recent tournament performances seem to match that confidence.

More than just another brick(s) in the wall…

For G2 it’s quite a trip from the US to Europe. And their substitute player Matthew “Satthew” Ackermann won’t tag along. We spoke with G2’s Rocket League manager Jacob “Jahzo” Suda about their substitute’s absence and possible injuries prior to the tournament.

“They will play even if bed ridden”

Jahzo says: “Unfortunately for us, Satthew will not be attending the World Championship with us this season. However, leading up to events, we try to stay away from things that will injure the players physically. That’s about all that will stop these guys from showing up on event day. Rocket League players take this game seriously. So seriously, they will still play even if bed ridden on the day of the event. If an injury occurs that does inhibit play, we hope it is far enough in advance to get our sub to Worlds as quick as possible. Normally we keep the ship on a tight course, so that doesn’t happen.”

Cloud9’s substitute player is a very experienced Canadian player by the name of Kais “Sadjunior” Zehri. The 20-year-old played for iBUYPOWER, NRG and eQuinox (among others), and apparently he couldn’t stand the fact of missing out on this season’s World Championship. Here’s what his teammate SquishyMuffinz posted on Twitter earlier this week:

At the airport waiting for the flight to london with the legend himself @Sadjuni0r pic.twitter.com/3sMiavLPsa

NRG’s current substitute player is Caleb “Moses” Nichols, who’s been around the professional Rocket League scene since the very beginning. He played for Exodus in RLCS S1 and Orbit eSports in RLCS S2. He was on Renegades until he and his teammates (among them Dappur) left the organization. So far we couldn’t confirm his attendance in London, but have heard from insider’s of the NA Rocket League scene that he won’t fly over to Europe. We will update this story as soon as something else is confirmed.

Evil Geniuses’ substitute is American player Jacob “DarkFire”Gurrola. He was on Hollywood Hammers together with G2’s sub Satthew, but just like his former teammate he won’t be in London for the World Championship as he told us when we reached out to him, stating that the trip would be too expensive. Fun fact: Liquipedia lists DarkFire as currently retired.

Traveling from the OCE region to London takes even more time, and is consequently more expensive. Therefore it’s no surprise that both OCE teams seem to have traveled without their substitute players. Chiefs’ sub is William “Requiem” Hutchinson. Unfortunately we weren’t able to reach him to confirm this, but we have no reason to believe that the organization’s decision will be different from Tainted Minds’.

Our last day at the @EGL gaming house! ? Huge thanks to @Razor_McBride and the rest of the team for making us feel so welcome and providing this sweet setup for our bootcamp ? pic.twitter.com/b5EcOZawQf

“xkorez is not attending the RLCS World Championship in London. The tournament organiser did not cover expenses for a substitute to attend, which is completely understandable as I haven’t heard of any other tournament organiser that has, aside from a coach / manager filling in. When we looked at the cost benefit analysis of sending a substitute we determined it wasn’t a viable option to spend several thousands of dollars to send an extra player from Australia to London for a couple of weeks to also bootcamp with the team. If it was a domestic event for us we would consider it, but the cost was too high. In regards to our backup plan in case of emergency the rules allow under clause 8.3.3 to submit the roster within 24hrs of the match taking place. If an emergency occured we would temporarily recruit the best possible alternative player from talent at or nearby to the event.”

Conclusion: How many teams bring their subs to the World Championship?

Only a few, actually. Out of the 10 teams that will participate this weekend in London, only 1 NA and 2-3 EU substitute players will attend the World Championship, which is for the most part understandable as the week-long journey from North America (or Australia & New Zealand) to Europe would be pretty expensive. The chances of the substitutes being needed are pretty small to begin with, so most teams feel like it’s worth the risk to not have their substitute player on site.

But what if the worst happens? In case of an emergency there are different solutions to such a problematic situation. One being that their substitute jumps on the next plane and tries to make it to London in time. But as Tainted Minds’ Michael Stewart pointed out, it could also be possible to recruit a local player to step in as a last resort. However, the passion with which the Rocket League professionals play this game usually exceeds any form of illness, so unless it’s a serious hand injury it’s doubtful that any player would refrain from getting on that stage to play some Rocket League.