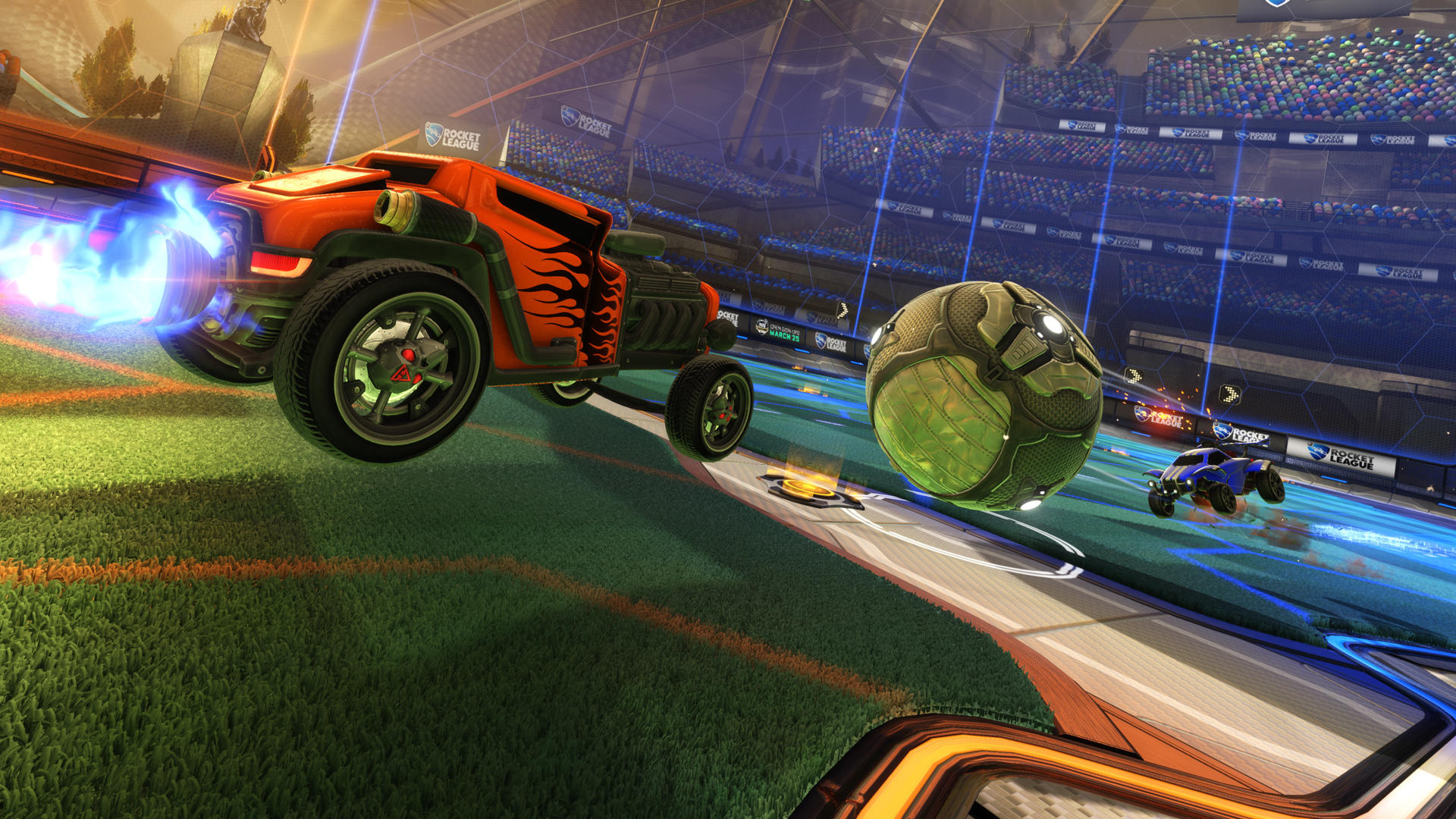 It’s more fun to watch a game that has some sort of background story. Maybe a nice rivalry or an underdog playing against a clear favorite. The World Championship is about to begin and here are 3 storylines you should follow during the RLCS Finals this weekend in London.

Evil Geniuses’ veteran player Chrome is basically a storyline on its own. He played in every single RLCS to date, but it’s the first time that he managed to qualify for the World Championship. We’re eager to see what he and his teammates Klassux and CorruptedG are going to make out of it. But there’s another point to Chrome and the matches ahead of him that are noteworthy.

Chrome, who is infamous for his banter and trash talk, will play his first match against OCE’s Chiefs Esports Club. The Chiefs are the best team from the OCE region and have played a perfect season so far. They obviously have a lot of confidence facing their NA opponents. In an interview with Red Bull, the three players Drippay, Jake and Torsos stated that they will have a good chance of making it into the top 4 of the tournament – which implies that they also have a good chance of beating Evil Geniuses in the first round. Chrome reacted with this tweet:

Chiefs better win or they will for sure hear about it 🙂

What followed was some back and forth between CJCJ, team captain of the other OCE team Tainted Minds, and Chrome, in which CJCJ predicted that the Chiefs will win 3-0 against Evil Geniuses.

Can’t take it? I live for this shit and we will see 🙂

In an interview we did with CJCJ earlier, he already mentioned that his favourite opponent at the RLCS World Championship would be Chrome. It seems like Evil Geniuses’ player has quite the reputation among the OCE players, and we can’t wait to see how this duel will pan out on the big stage. It’s on!

If you’ve been a professional Rocket League player for quite some time, your team has basically played against any other popular team. But there’s one exception: G2 and compLexity have never faced each other. As Kronovi mentioned in our interview, in all his years as a professional player he’s never been able to play against al0t, Metsanauris and Mognus in a tournament. That’s probably about to change!

G2 come in as the #1 seed, which means that they don’t have to play in the first round. Their first match will be against the winner of the duel between Tainted Minds and… you guessed it… compLexity. So, as long as compLexity don’t lose to the OCE team (which seems unlikely and would be a huge upset), they and G2 will meet for the first time on the big stage.

The NA Champs are coming for that world title. Get ready London, we are taking over! ???

This match will be interesting to watch, because it will see two of the highest skilled teams on the planet facing each other without exactly knowing what to expect from one another. Kronovi and his teammates usually have an idea what their matches against other NA opponents or established teams such as Vitality or Dignitas will be like. We’re curious to see how they will adapt (if at all) to a team they never faced on the pitch before. Plus: The former Method roster is always good for a surprise, as proven last year when they finished 2nd in the World Championship.

Thank you so much @compLexity and of course @FACEIT for letting us bootcamp at their office, was great!

Now off to hotel and meet up with the boys tomorrow ? pic.twitter.com/Gn4rDSlWkz

Team Dignitas versus everyone

The former Gale Force squad is arguably the strongest team on the planet. They come in as the reigning World Champions and with a lot of confidence. They were dominant all season long, only lost a single game (to Flipsid3 Tactics) and made 1st place in their region. Kaydop, ViolentPanda and Turbopolsa just work amazingly together. Under the banner of Team Dignitas they’ll try to accomplish the impossible: securing another championship. It would be the third one for Turbopolsa, crowning him as the ultimate champion of Rocket League. He’d become the undisputed, someone whose records will be untouchable for some time.

Did you know that @Turbopolsa has the best record at 40-20 across three #RLCSWC!

Will he be the three time in #LANdon? pic.twitter.com/Hgi5jo3thj

However, going into the World Championship with such high expectations can put a lot of pressure on a team, even on an experienced one like Dignitas. There’s not a single opponent that will underestimate Dignitas, and they’ll face some tough opponents. There’s a good chance that the Semifinals will be a showdown between Dignitas and NA’s powerhouse NRG, who didn’t lose once during league play. Will Dignitas be dethroned? We will find out this weekend!

What other storylines are you excited about? Join our community on Discord and tell us!