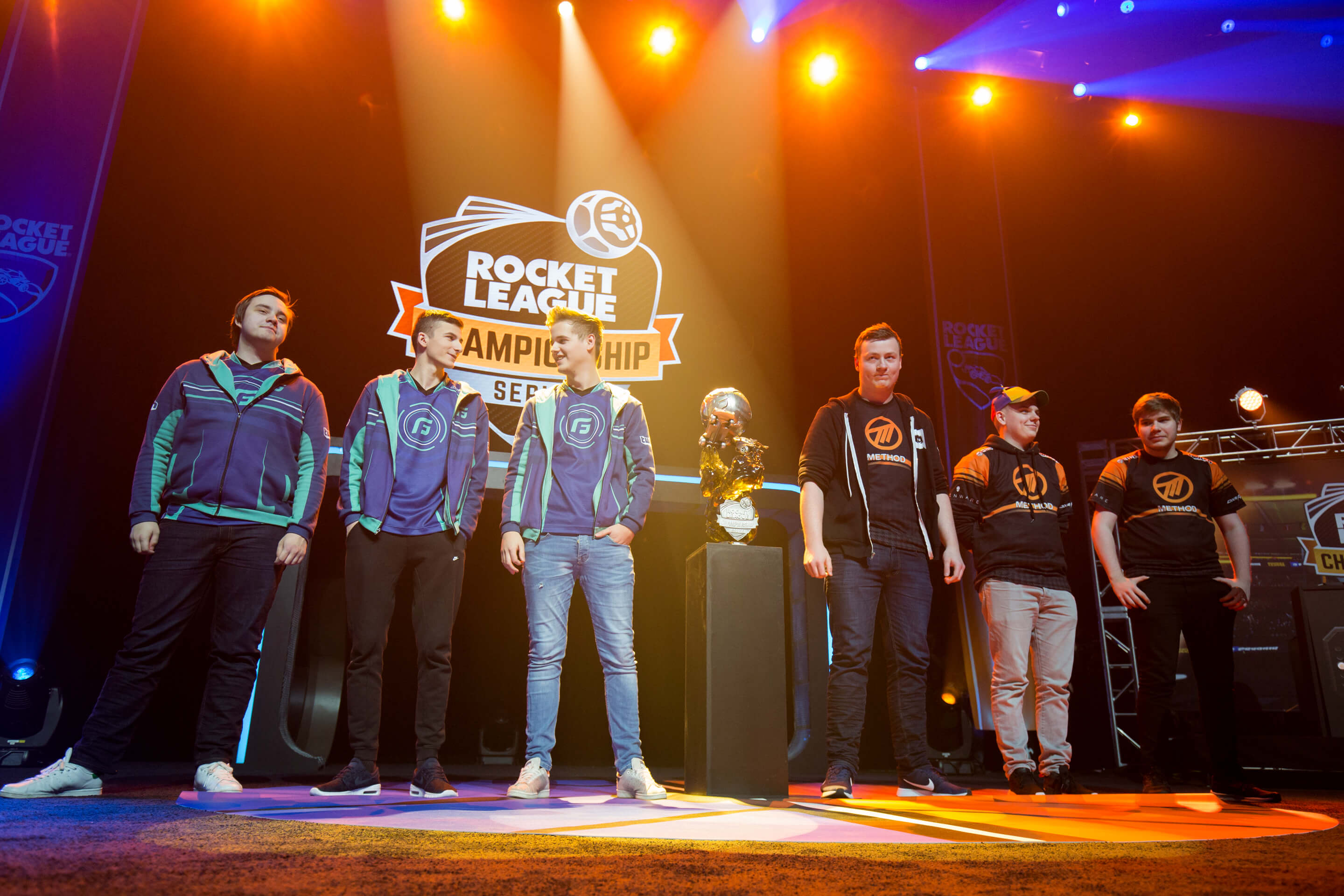 We’re heading into the final week of league play of the RLCS Season 5. And while it’s been a blast so far (except for the server issues last week, which we discuss here), we still have no clue where the RLCS Finals might take place. As of now Psyonix hasn’t announced a date, a city or even the region where the finals will take place. This is quite problematic for fans who desperately want to plan their trips, take some days off and book planes and hotels, but currently don’t even know on which continent the event will take place.

There are good arguments for both major regions. We want to take a look on the possbilities and also show you what our community thinks where the RLCS LAN Finals will take place.

The most valid argument for the RLCS LAN Finals in Europe is quite simple: The EU region deserves it. Apart from RLCS S1 the European region won every single World Championship. But only once was the EU region the host: for Season 2 when the RLCS Finals took place in Amsterdam. Many claim that Psyonix pretty much owe it to their European fans and players to come over to Europe instead of hosting the third World Championship in a row in the US.

LANs in Europe can be quite successful as proven by Dreamhack Leipzig recently. One can only speculate that Psyonix (who were of course present at the event) realized this, and also feel obligated to strengthen the EU region more with major events. As for countries: There are plenty which would be amazing for the RLCS with Germany being an obvious candidate (no, we’re not biased there). Dreamhack Leipzig proved that Rocket League events can function well in Germany, cities such as Hamburg, Cologne or Berlin host esports events regularly.

It’s also a possibility that Psyonix will head for the Netherlands once more. Amsterdam certainly is a fantastic city for any esports event, something other game publishers discovered too. Earlier this year Blizzard hosted the Hearthstone World Championship in Amsterdam for example. However, the best city for a major Rocket League event in Europe would probably be London. The British metropolis is home to the Gfinity Elite Series as well as some esports organizations, which would indicate that there is a general interest in esports.

Another hint at an European LAN is the competition by RLCS partner Snickers, which requires participants to have a passport ready, which you wouldn’t necessarily need if the LAN was in the US.

There’s still time to win a trip to the #RLCS World Championship in the Snickers® Satisfies Fan Hunger Giveaway! Tune in this Saturday and enter for a chance to win! https://t.co/PpKjSDWZR1

Thinking about the whole Snickers RLCS competition and that you need to have a passport available if you win… EU LAN confirmed? ?

It’s been NA 2 seasons in row, we need another EU LAN! Idc where in EU??

Despite many good reasons for a LAN in Europe there are also a couple of arguments for the NA region. From a logistics perspective it’s way easier for Psyonix to host their event in their home region. They don’t have to fly all their staff across the ocean and deal with different regulations regarding events. The North American scene is vivid and should guarantee that enough viewers show up despite the short-term of the announcement.

There are many cities that would be amazing for such an event. Los Angeles is always a strong contender. LA already hosted two RLCS LANs and is pushing further and further into the esports scene, proving time and time again its esports potential. Another good possibility would be Las Vegas. No other city on this planet knows entertainment the way Las Vegas knows it and lately the city has been invested in bringing more esports into its borders.

What our readers think

We wanted to know what you guys think. So we put up a poll on Twitter where you guys could predict if the LAN is going to be in Europe or North America. Here’s the result:

Where do you expect the #RLCS S5 Finals to take place? EU or NA?

As it seems most people also believe that the LAN should and will be held in Europe. As of now we have no further information on the date or the location. We reached out to Psyonix but they declined to share more details. We just hope that the details will be announced shortly, hopefully during tonight’s RLCS broadcast, so that as many as possible can make the trip to….. wherever it is.

We’re around a month away (Guessing) from RLCS Live Finals and we still don’t know where it is! Nice