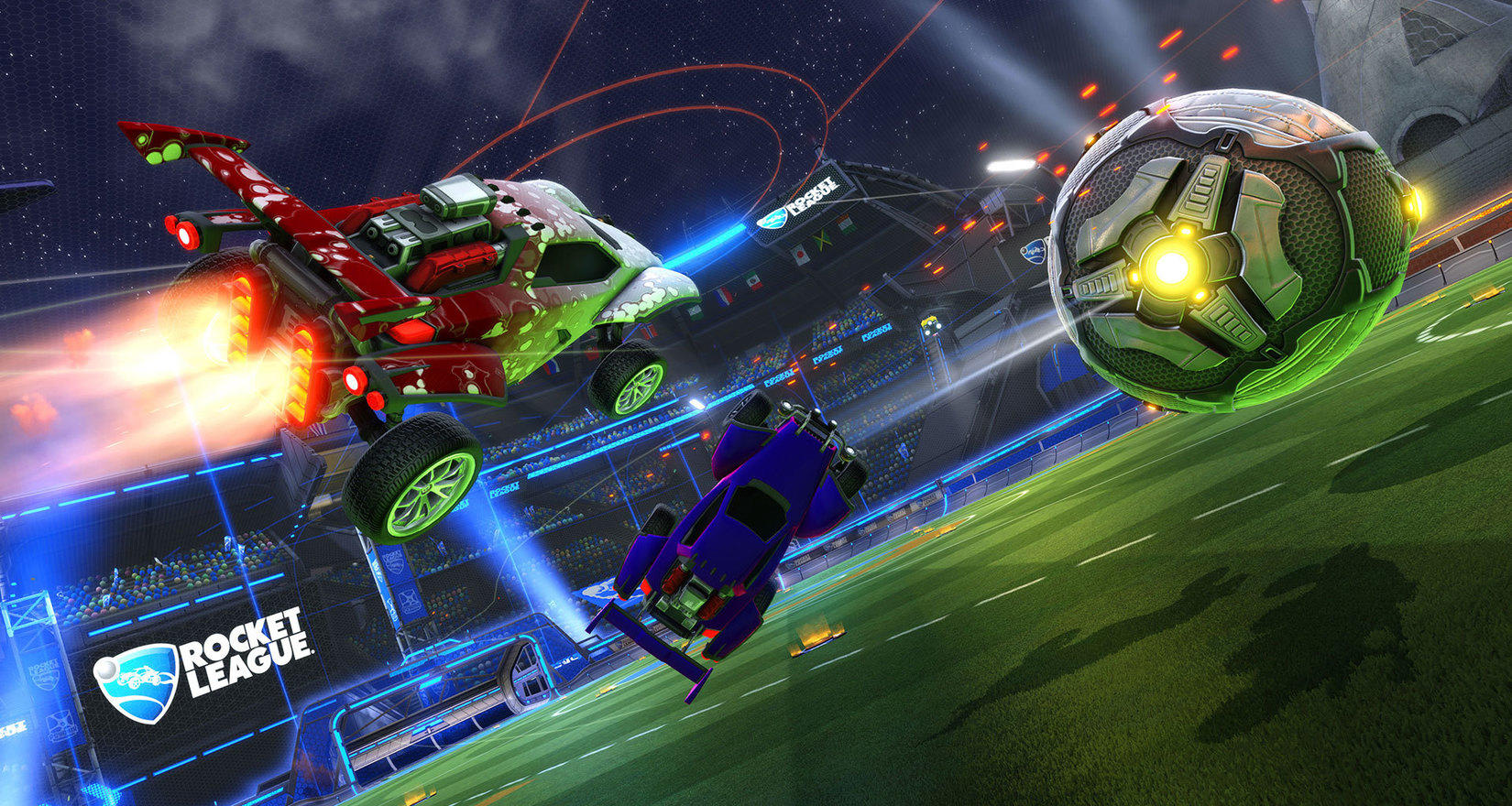 Part of what makes Rocket League so appealing to watch is just how incredibly easy it is to understand: it’s rocket-powered cars playing football, and there’s plenty of excitement in the moment-to-moment play. You don’t need to know anything further about the game or league to jump in and get a kick out of the competition.

But the storylines are what really pump up the experience and add further weight to the action. We’re five seasons into the Rocket League Championship Series, and up ’til now we’ve seen champions rise and fall in spectacular fashion, some solid rivalries form along the way, and a dizzying array of roster moves all the while. Last season saw new threats surge and old favorites stumble, so it can be difficult to predict what might happen.

Still, after last season’s excitement and all the offseason tournaments and shuffling between squads, there are some enticing story threads that we can’t wait to see pulled and tangled in the coming weeks. Ahead of today’s start of RLCS league play, here are six things worth paying attention to across both North America and Europe.

Will Gale Force avoid the curse?

The RLCS saw three different champions in its first three seasons, and none of them looked like championship-caliber squads the next time around. Season two champions FlipSid3 Tactics lacked polish the next season, but at least they made it to the World Championship. The same can’t be said for original champs iBUYPOWER Cosmic (now G2 Esports) and third-season winners Northern Gaming (now with Team EnVy), who both then flamed out spectacularly and missed out on the playoffs entirely. 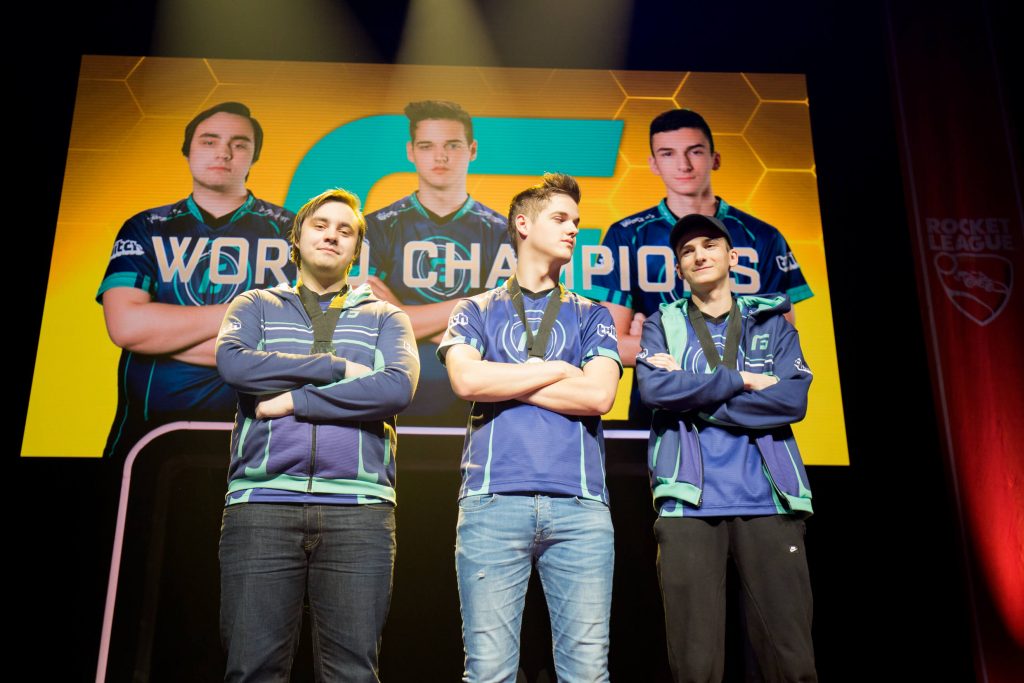 Gale Force Esports took last season’s win, so it begs the question: will they struggle like all of their predecessors? RLCS history suggests that they will, certainly, but since this roster formed last summer, Gale Force have been the most consistent team in the game. They didn’t win every big tournament in that span, but they made the grand finals in almost all of them. That includes December’s ELEAGUE Cup, where they narrowly lost to G2 but were in prime position to take the win.

Complacency kills, and the first three RLCS champions all learned that lesson the hard way. Gale Force know that, and while any top team might hit a rough spot or two, it’s hard to believe that this incredibly polished squad will flop out like EnVyUs did last season, for example. Even if they didn’t win the two offseason majors, Gale Force are still the favorite going back into the RLCS season. But they have a bye tomorrow, so we won’t even see them for another week.

Are G2 really here to stay?

G2’s struggles in the RLCS have been well-documented, and they’ve been prodded for their inconsistencies and up-and-down swings. But lo and behold, this squad finally clicked over the last few months. Led by striker Jacob “JKnaps” Knapman’s dazzling offensive surge, G2 did well in season four league play, finished a better-than-expected 4th at the World Championship, and then went on to beat the reigning RLCS champs at ELEAGUE. 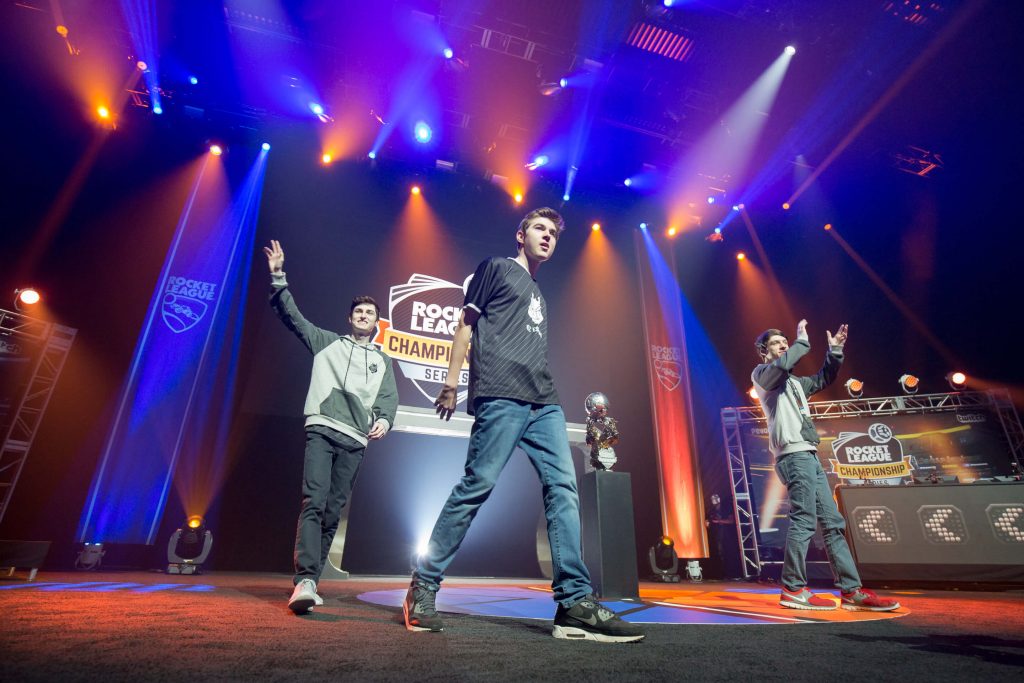 And then they were right back in it at January’s DreamHack Open, bringing the grand finals once more to a seventh game, even if Paris Saint-Germain ultimately prevailed. JKnaps nearly bailed on G2 after their season three demise, but this crew stuck together and are now reaping the rewards of finding synergy and ironing out their play conflicts.

Granted, North America won’t be easy this season. It seems like the region really is rising to the level of the EU competition, and as of November’s World Championship, Cloud9 remained NA’s best team. Cloud9 didn’t make much noise in the offseason, though, and as far as we’re concerned, it’s a tie up there at the top. If G2 can play like they did at ELEAGUE and DreamHack and avoid the rough spells, they could vie for the championship this season.

Of course, there’s another North American team worth considering—and they used to rule the region. NRG were NA’s best and most consistent squad for the first three seasons of the RLCS, culminating in a 3rd-place finish at the S3 World Championship. But following the X Games win last summer, they struggled in league play against the likes of Cloud9 and a resurgent G2, and then they were punted from the finals by Oceania’s Chiefs Esports Club.

Really perfect piece of team play right here. @GarrettG34 shot a pass to the exact right spot for @Its_JSTN to hook around and drop an unstoppable shot. pic.twitter.com/MlgbTBtTJK

After going out with a whimper, NRG made what could be the move of the offseason: they parted with Jacob “Jacob” McDowell and brought in young Justin “Jstn” Morales, formerly of Out of Style. Jstn played in the Rival Series last season, but he showcased incredible offensive ability in the lower league and guided that squad through the promotion tournament.

Word is that Jstn has been dominant in scrims lately, and while he hasn’t proven himself yet on the RLCS stage, there’s real belief that he’ll be just the shot in the arm that NRG needs to contend for the NA title again. With Jstn and Garrett “GarrettG” Gordon leading their offensive attack, NRG should be incredibly fun to watch this season.

Can EnVy return to form?

We mentioned it earlier, but it bears repeating: EnVyUs had a terrible season coming off of their championship run, going a lowly 2-5 in league play and only winning one-third of their games. Despite all the talent on that roster, including fellow RLCS champion Marius “gReazymeister” Ranheim (who came in from FlipSid3 Tactics), they just never seemed quite in sync. And they flopped yet again at DreamHack.

There’s reason to be optimistic, however. Following DreamHack, captain Remco “Remkoe” de Boer announced that gReazymeister would move to sub, with EnVy bringing in past Rival Series player Jordan “EyeIgnite” Stellon in his place. EyeIgnite is a rising offensive star, so as with Jstn, we’re curious to see whether he can help his veteran teammates find their dominating form again. Hopefully David “Deevo” Morrow can locate his own misplaced magic, as well, otherwise EnVy could make a return trip to the relegation tournament this season.

Who benefits more from Marky’s move?

FlipSid3 Tactics’ season was almost as bad as EnVy’s, and they made a very similar decision in the offseason: parting with championship-winning captain and founding member Mark “Markydooda” Exton. The outspoken veteran quickly found a new home with exceL, a middle-of-the-pack EU team, while FlipSid3 ultimately took a chance on newcomer Maurice “Yukeo” Weihs to try and reverse their fortunes.

But which of these teams will benefit more from the move? Markydooda is a passionate player and one of Rocket League’s best-known and most successful players, but he’s also seen a big decline in offensive production over the last couple seasons. ExceL shed a pretty good player in Hampus “Zensuz” Öberg to make room for Marky, but this revised squad couldn’t win a series at DreamHack and hasn’t had a good showing in smaller events since.

Maybe Marky will find that old spark again, but the early results haven’t been great. Right now, it looks like FlipSid3 has a lot more upside following that move. Either way, we’re excited to see whether the once-successful union of Markydooda and FlipSid3’s Francesco “Kuxir97” Cinquemani will turn into a thrilling rivalry.

Will CLG or Evil Geniuses stand out?

However, the top end of North America has gotten a lot more competitive, and both of these teams are coming off of rough seasons. Evil Geniuses picked up eQuinox, the ex-FlyQuest team that went 2-5 last season, although they’ve added the fiery Jason “Klassux” Klass (ex-Ghost). And CLG went with Momentum, a team that went 1-6 last season as Renegades and had to fight through the relegation tournament to stay in the RLCS. However, they’ve returned to their more successful season three lineup (under Selfless), which finished 3rd in North America back then.

Both teams have very skilled players, most notably Gabriel “CorruptedG” Vallozzi on Evil Geniuses and Chris “Dappur” Mendoza on CLG, but it remains to be seen whether they can really vie with NA’s heavyweights. On the other hand, some truly unexpected teams took charge in season four, and anything is possible once top-tier players hit the pitch. We’ll just have to wait and see how it plays out.

Andrew Hayward
Andrew is the Lead Editor of Rocketeers, and has been covering Rocket League esports since RLCS S1 for publications such as Red Bull Esports, Esports Insider, The Esports Observer, and Waypoint. He is also currently the Content Lead for The Esports Journal magazine and has written about games, gadgets, etc. for 100+ publications since 2006.
ahaywa
Next Articles
Rocketeers.gg is now on YouTube so please head over there and hit that Subcribe button
Fantasy RLCS is back, more fun than ever and you should join our League
Placebo’s Mccluvin: “There’s only one team we’re afraid of”