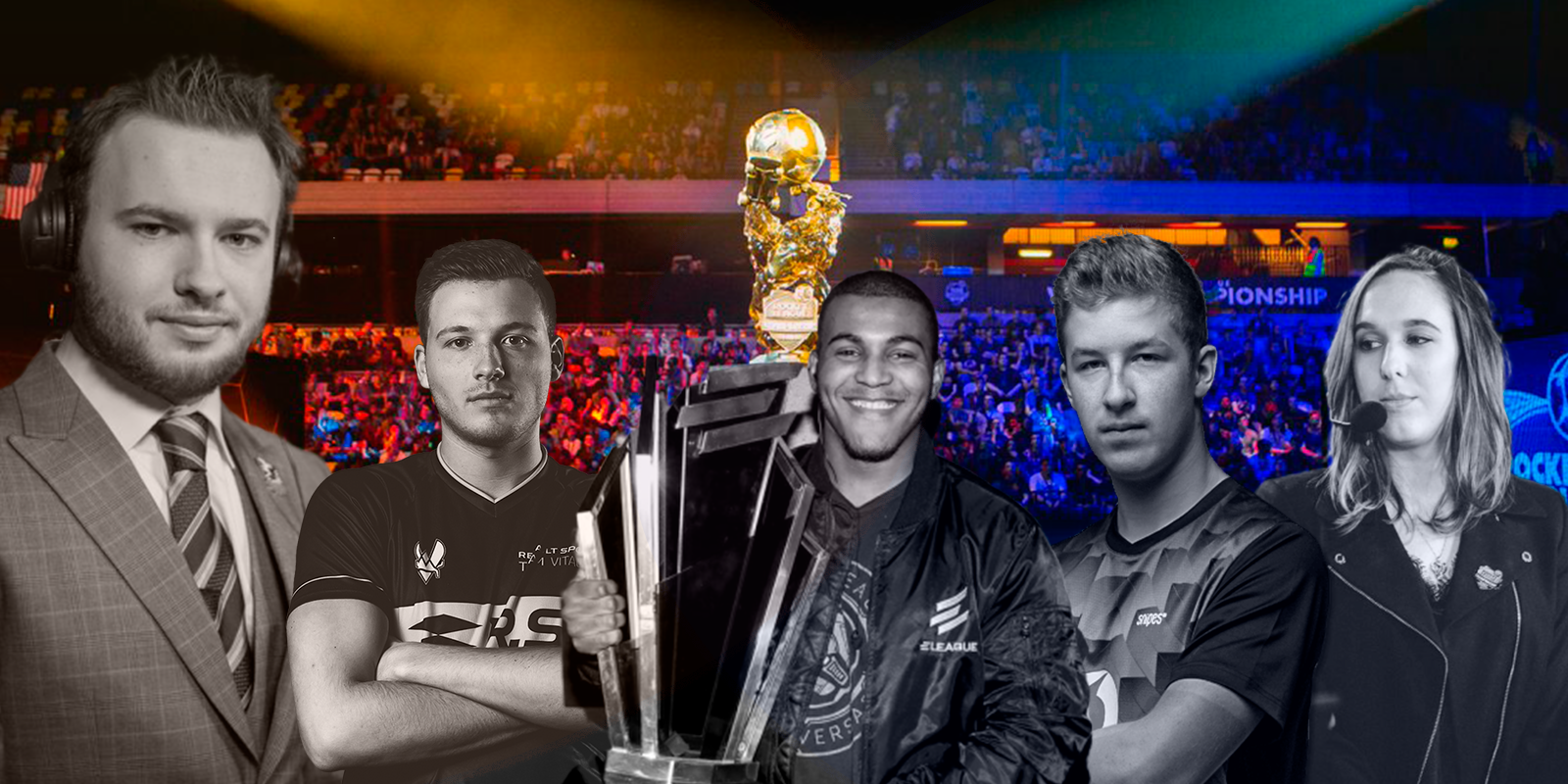 The Rocket League Pros take a look back on 2018

2018 is coming to an end, and boy, it was a wild year for Rocket League esports. We chanted player’s names in LANdon and witnessed the return of NA glory in LANVegas. We saw juicy team drama and the introduction of the most anticipated Rocket League youngster into the RLCS. Supposedly glorious teams underperformed and an unsigned team managed to upset the entire world of Rocket League with an incredible performance in the World Championship and ELEAGUE.

Today we want to take a look back on this past year from the pro’s perspective, so we asked a couple of players and casters about 2018.

But before we start the recap of 2018 we want to say thank you all for an amazing 2018. 2019 will be even more exciting! Rocketeers.gg will jump into holiday mode now. We will be back on January 14th with more content. Merry christmas to all of you and a happy new year!

And now, without further ado, here’s what some of the pros think about the Rocket League esports year 2018, and what their hopes are for 2019.

Paschy: “The best goal fore sure was the 0 second goal from jstn” 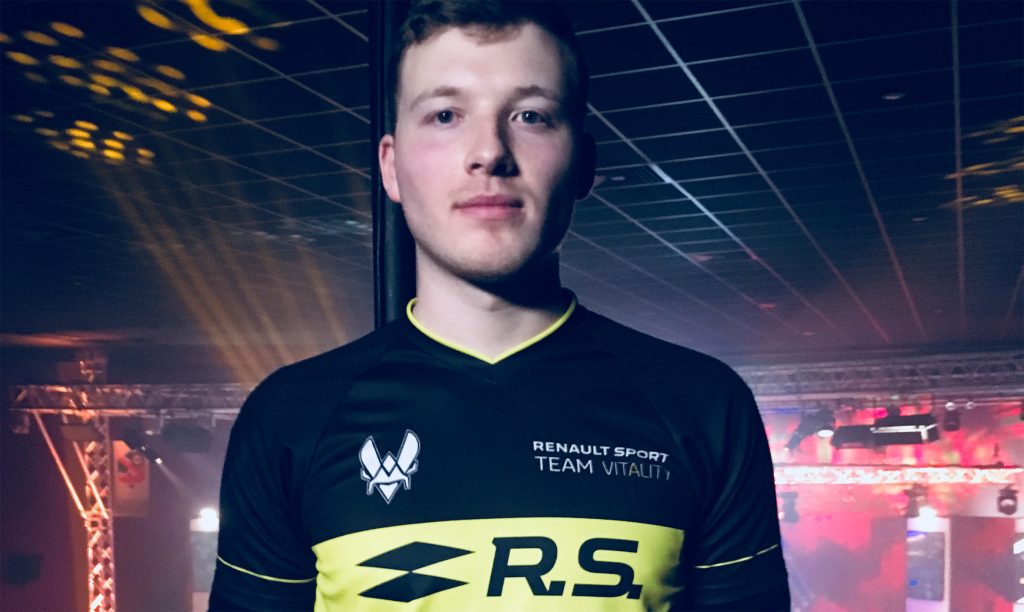 Personal highlight for me was making LAN in RLCS Season 5.

Hmmm, the best goal for sure was the 0 second goal from jstn.

I guess it would be Metsanauris. Must have been stressful for him having to play with a new team after being so successful with his team before. But he did the best out of it, and even without having an organisation he won ELEAGUE. Respect to him!

My hope for 2019 is that RLCS will change their system. This 8 teams per league is so outdated. There are like +100 decent organisations that would come into Rocket League especially after next season with the items being introduced. Way more teams should have the chance of making RLCS without having to go through RLRS. I just don’t see any positive point besides for the production because it makes it easier. But for new orgs and players that keep the game alive it’s really bad. Only 24 players in EU and NA are able to play in the first league.

Tigreee: “I want to meet all my online friends more often” 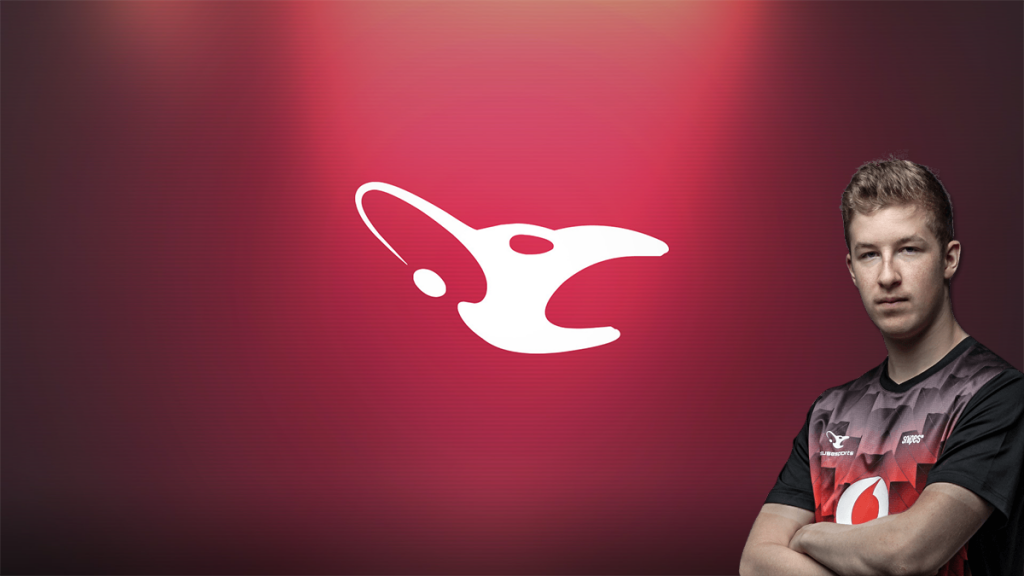 Going to LANdon was probably the most insane experience for me. It just showed me that I want to play there one time. I had a lot of fun there.

More LANs, I want to meet all my online friends more often, and i hope Rocket League will grow, especially with team decals if they’re happening and other cool stuff.

Karma: “I wanna prove myself more than ever before” 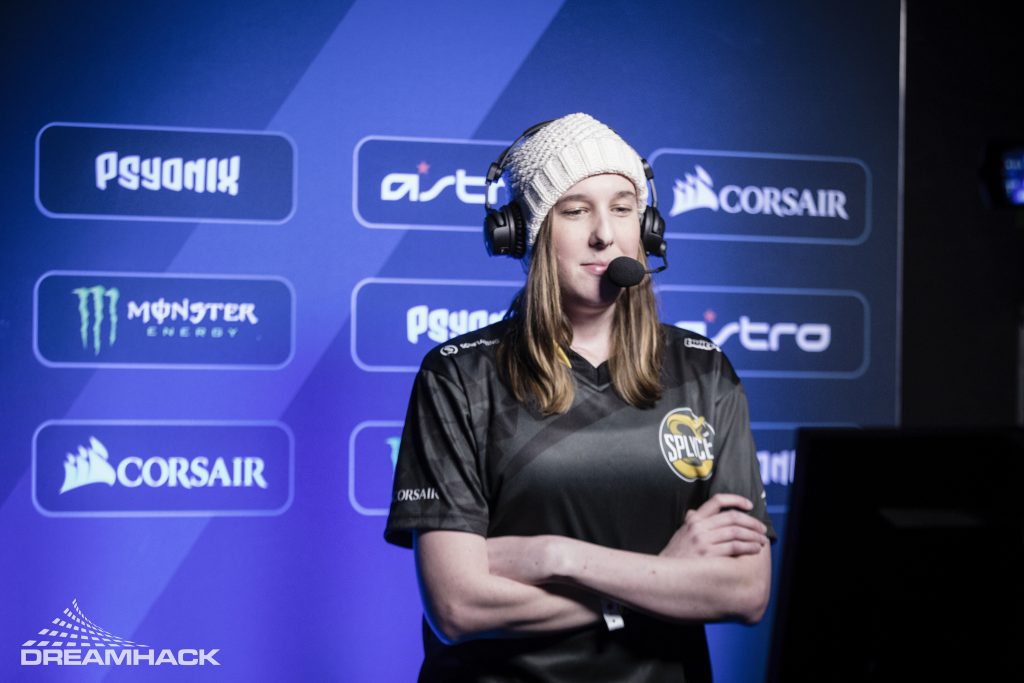 Obviously, my personal highlight was making RLCS, having been trying for so long, after 2 and a half years of grinding we finally made it. Speechless.

i dont know what to say

so proud of my team. hard work pays off i guess

The best Rocket League goal of 2018 was JSTN’s 0 second buzzer beater, but if I had to pick something other than that, if you’re talking about my favorite, I had a triple bump air dribble I scored against Bread in RLRS to tie with 45 seconds left in game 5. That was probably my favorite.

I think picking a player of the year is kinda silly in a team game. If I had to pick a team of the year it would be Dignitas. They are the first true dynasty I’ve witnessed in an esport, a team that changed the landscape of other teams around the world because of how good they were, that’s an amazing accomplishment in any competitive environment, let alone a global stage.

My hope for 2019 is that the Rocket League community keeps on growing and continuing the path of success and popularity that it’s on. We have such an awesome group of individuals that make this esport truly one of the best in the world. As we keep going, more and more people are recognizing that and I am so happy to be a part of it. On a personal level, hopefully 2019 is the year of Splyce. I wanna win, prove myself, more than ever before. 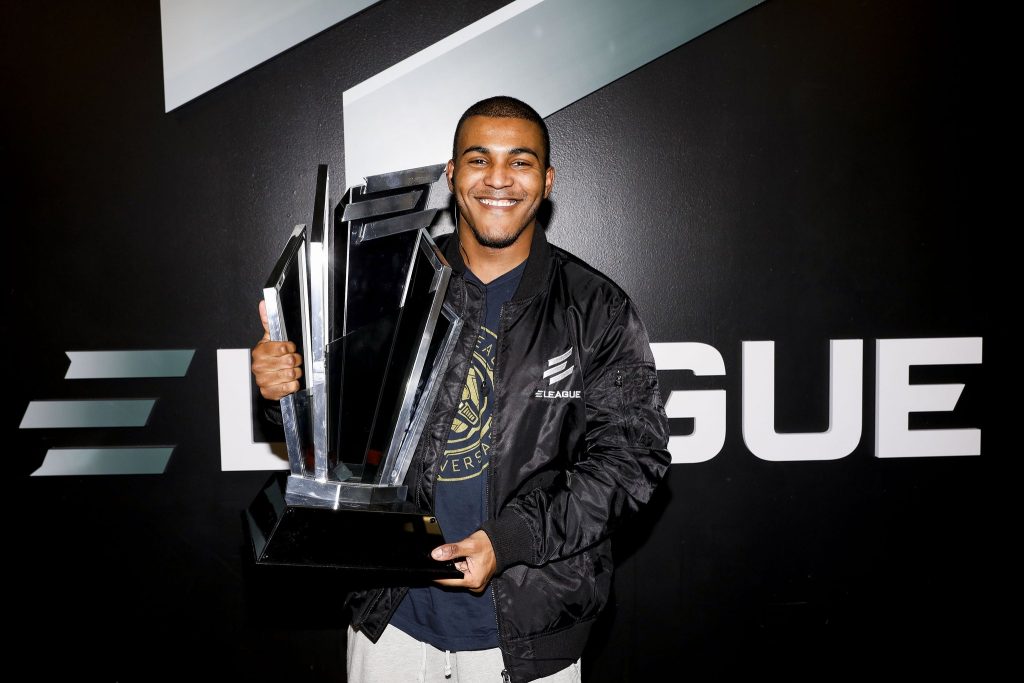 ELEAGUE. No competition. It’s honestly impossible to put into words what that kind of experience means, man. It made 2018 the best year of my life.

Garrett’s ceiling goal at LANdon for me. That shot was insane.

Any of the Dignitas players deserve it and no one else in my opinion. They had a monstrous year and all three of them were playing some ridiculous Rocket League.

I hope the game grows and grows into an undisputed tier-1 esport. And I hope me and my boys can get some more big stage wins and just kill RLCS. 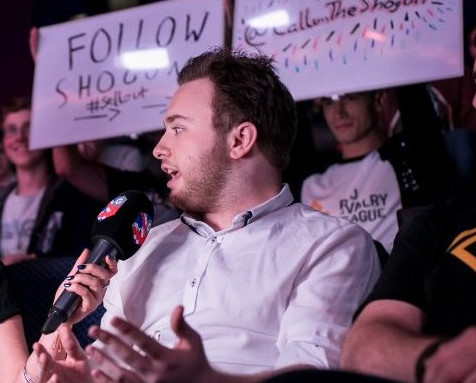 Shogun where he’s best: In the spotlight. | Credit: RLCS / Psyonix

I’ll take RLCS LANdon as my personal highlight. I’ve never felt an atmosphere like that before and I might not again. Everything about that tournament ended up being perfect; the players, crowd and production all brought their A-Game to produce what I think is the best RL tournament to date. To experience that with the community as well as my family was something else.

Goal of the year has to go to JSTN. It’s the goal that’s ruined every ranked game I’ve played in since. Yes, we’ve seen much better mechanical goals, but no goal has ever meant more at the time. To have that level of confidence for someone his age is unreal.

Player of the year is hard because it becomes very subjective. Most wins this year? Who carried their team the most? Who just played a style I enjoyed? From my own personal criteria I’ve got to go with Gimmick. Nobody had a perfect year, but he had a number of great moments, won RLCS S6, Universal Open and grabbed a second place at ELEAGUE. The only major blemish on his (and C9’s) year is the lack of a regional championship, which I’m sure they want to correct.

The one thing I want to be prioritised (apart from bringing me back to the show) is giving the players bigger profiles. Of course there’s plenty the players can do themselves such as streaming and twitter interactions but we can do a lot more as a collective. I want to see Rocket League rise much higher in the twitch rankings, rather than only being a game people watch when a tournament is on.

We also asked you guys over the past few days through Twitter polls about your opinion regarding the team, player, rookie, caster and event of the year. Here’s how that turned out:

Team of the Year: Cloud9

If you would’ve asked us before the poll started, we all would’ve suggested that the answer can’t be any other than Dignitas. Even though their end of the year was a little disappointing, their absolute dominance over the rest of the year simply can’t be forgotten. But apparently the joy of the NA scene that they’re finally World Champions again trumps that. Our community’s Team of the Year is Cloud9.

Which was the best Rocket League team of 2018? @Cloud9 @dignitas @ChiefsESC

Player of the Year: Torment

He’s the RLCS S6 MVP and had an incredible year. Even though it was a close series and all nominees got a fair share of votes, it’s Cloud9’s player who is our community’s Player of the Year

Last poll will also be the hardest.

We‘re aware that there are a lot more players who deserve a nomination. Feel free to name/tag them in the replies.

Rookie of the Year: jstn

This poll was surrounded by a major discussion whether or not EyeIgnite and/or PSG’s Fruity should be on the list instead of Scrub Killa. In the end, it doesn’t really matter, because one thing was obvious ever since RLCS S5: There’s no better Rookie than jstn from NRG this year.

Event of the Year: LANdon

That’s not even close: Everybody in the community pretty much agrees that the RLCS S5 World Championship in London, better known as LANdon, was by far the best Rocket League event of the year, if not ever. Special shoutout to Stumpy, Cole and their 104 crew who made this event unforgettable.

We got one more poll for you today, Rocket League friends!

Caster of the Year: Shogun

Obviously, everybody from the RLCS desk deserves a mention here, but for this poll we focussed on nominating the casters who had a somewhat surprising impact on the entire scene. It’s no surprise though that the man who coined the most iconic phrase in Rocket League history is in the lead there. Shogun’s “THIS IS ROCKET LEAGUE!” made him immortal. Now, let’s bring him back to the RLCS please.

Okay guys. Here‘s a tough one for you. Get your votes in for:

We‘re absolutely aware that there are more fantastic people who deserve a nomination, feel free to name/tag them in the replies ❤️

Thank you all for reading! We love Rocket League and we love this community. Feel free to join the community on our Rocket League Discord server. Merry christmas and a happy new year! See you 2019!

Method’s Rix Ronday: “This time, the Renegade Cup was our only focus”