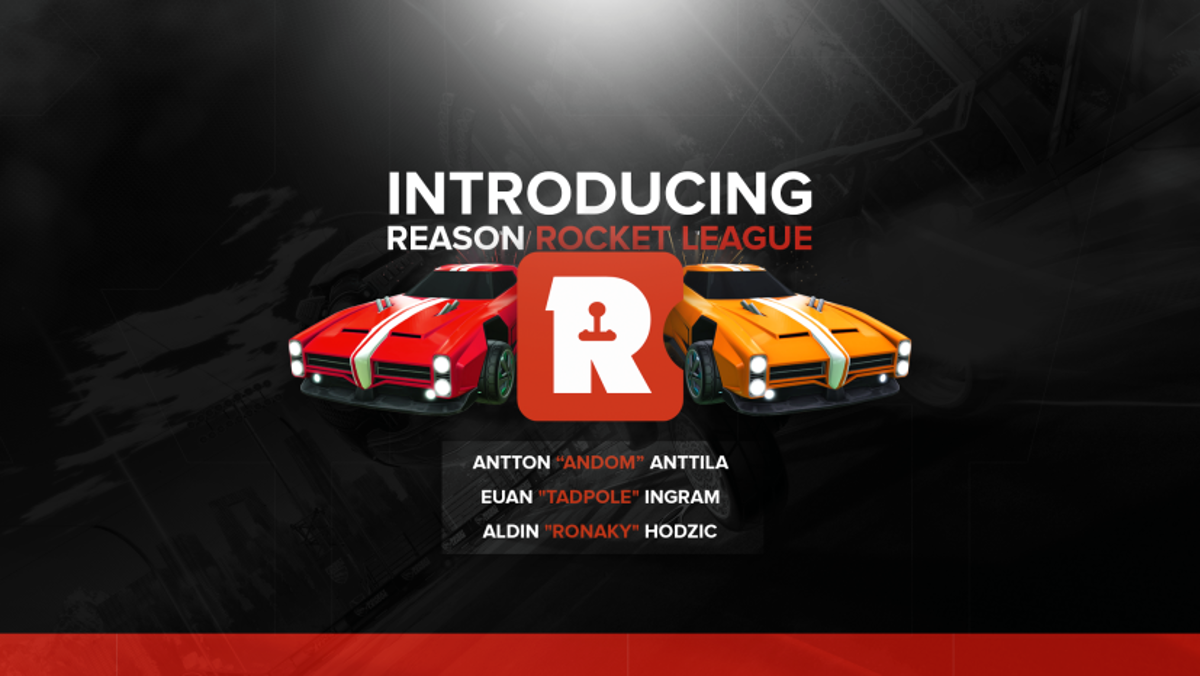 Why Reason Gaming are out of Gfinity Elite Series

Last week we published an article about the journey of Rocket League player Tadpole and his team mates, who were left without a spot in the upcoming Gfinity Elite Series. They were supposed to be the new roster of Reason Gaming, but out of nowhere Reason’s spot in the Gfinity Elite Series was taken away, despite being the reigning champions. The reasons for that are a bit in the dark, there are suspicions floating around that Unilad eSports simply bought Reason’s spot, but so far nothing is confirmed. You can read the full story right here.

Our article drew a lot of attention from fans, players and orgs, so we saw it as our obligation to keep you updated on how the story develops. Shortly after we published the initial article, Reason Gaming reached out to us, saying that our first interview request apparently got lost in their inbox and that they would be happy to give us some answers. We spoke with Adam Heath, who is the managing director of Reason Gaming.

Adam, Reason Gaming is not going to be a part of the upcoming Gfinity Elite Series, despite being the reigning champions. What is the reason for this? My takeaway from your Tweets is that you’re not happy with it either.

I have mixed feelings about it to be honest. Taking part in the Elite Series has been one of the highlight moments in my time in esports so it’s sad that my time there is over. But at the same time, I always knew something like this could happen as we were part of a franchise system. We weren’t the first organisation for it to happen to at the end of Season 2 and so it was no real surprise when we got the call. That being said, the amount of notice we were given was a shock. I understand the decision Gfinity made from a business point of view and so can’t really be that unhappy about it.

Us losing our spot in the Elite Series was a big of a shock to you as it was to us. It’s a shame Unilad didn’t pick you up along with our SFV roster but we did everything in our power to try and make it happen. Best of luck in the future.

As it seems, Unilad are going to take Reason’s place. Do you know why your spot was given to them?

“I probably know more than I should say”

How and when did Gfinity contact you to tell you that you’re out of the Elite Series?

I had a call with Gfinity the day before the announcement was released that Unilad were taking our spot in the Elite Series.

How soon did you tell the players that were assuming to join your roster?

After that call I notified our Street Fighter team of this last minute decision, and our general manager, Josh, was tasked with telling our Rocket League and Fifa players as I hadn’t had any contact with them yet. Everyone within Reason was told within about 15 hours of me originally finding out, and before the Unilad announcement was made.

We leave the @Gfinity #EliteSeries as Rocket League and franchise champions. It was a great 2-season run and we enjoyed every minute of it. Best of luck to @UNILAD – Do our spot proud! pic.twitter.com/2cbFeEuLht

Was your Rocket League engagement so closely tied to your presence in the Gfinity Elite Series that it was no option to sign the team anyway? For example to let them have a run at the RLCS under your name?

Having no contact with the Rocket League team myself, I’m not too sure what options were open to us with them outside of the Elite Series. Without the Elite Series our ability to offer those salaries vanished, and with our number one priority being the players we thought it best to let them go so they could try and join another Elite Series franchise. As they weren’t picked up by another franchise, the door is open for them to come back under Reason, but we wouldn’t be able to offer them anywhere near what we were able to before until we recoup the financial advantages the Elite Series gave us.

“The door is open for them to come back under Reason”

What needs to change so things like that don’t happen again or on any regular basis? Many fans suggested that there needs to be some sort of code of conduct that prevents situations like these.

“The Elite Series is unlike anything Europe has seen before”

Outside of this Franchise structure, I do agree that teams have been screwed out of their achievements before by organisations holding spots in tournaments rather than players. My knowledge of the Rocket League scene is very much limited to the Elite Series, but in other games such as CS:GO most tournaments give qualifying spots to the players. Should the team fall apart and new teams are formed, the spot is given to a team that has 3 out of 5 of the original players. This way of doing things is fairer on the players, but if an organisation has funded a team through the qualification process only to have the team fall apart, have the majority of players reform and go elsewhere, the organisation is then hard done by.

I think it is very hard to find a fair middle ground that will mean the best for the players and the organisations. One will probably always get the short end of the stick, and it’s normally easier to make the organisation take the loss as they will (normally) remain professional about it and not cause social media drama for the tournament organiser.

Dorian Gorr
Dorian discovered Rocket League when it first came to PS4. He stopped playing after he saw the RLCS for the first time and became discouraged from trying any more miserable Aerials. As a journalist with more than a decade of experience working for many of the biggest German media companies he now lives out his Rocket League passion as Head Editor for Rocketeers.gg
doriangorr
Next Articles
How to master 1v1 games explained by FairyPeak
This is some sick Backwards Air-Dribbling
Most beautiful 180 Flick we’ve seen in a long time