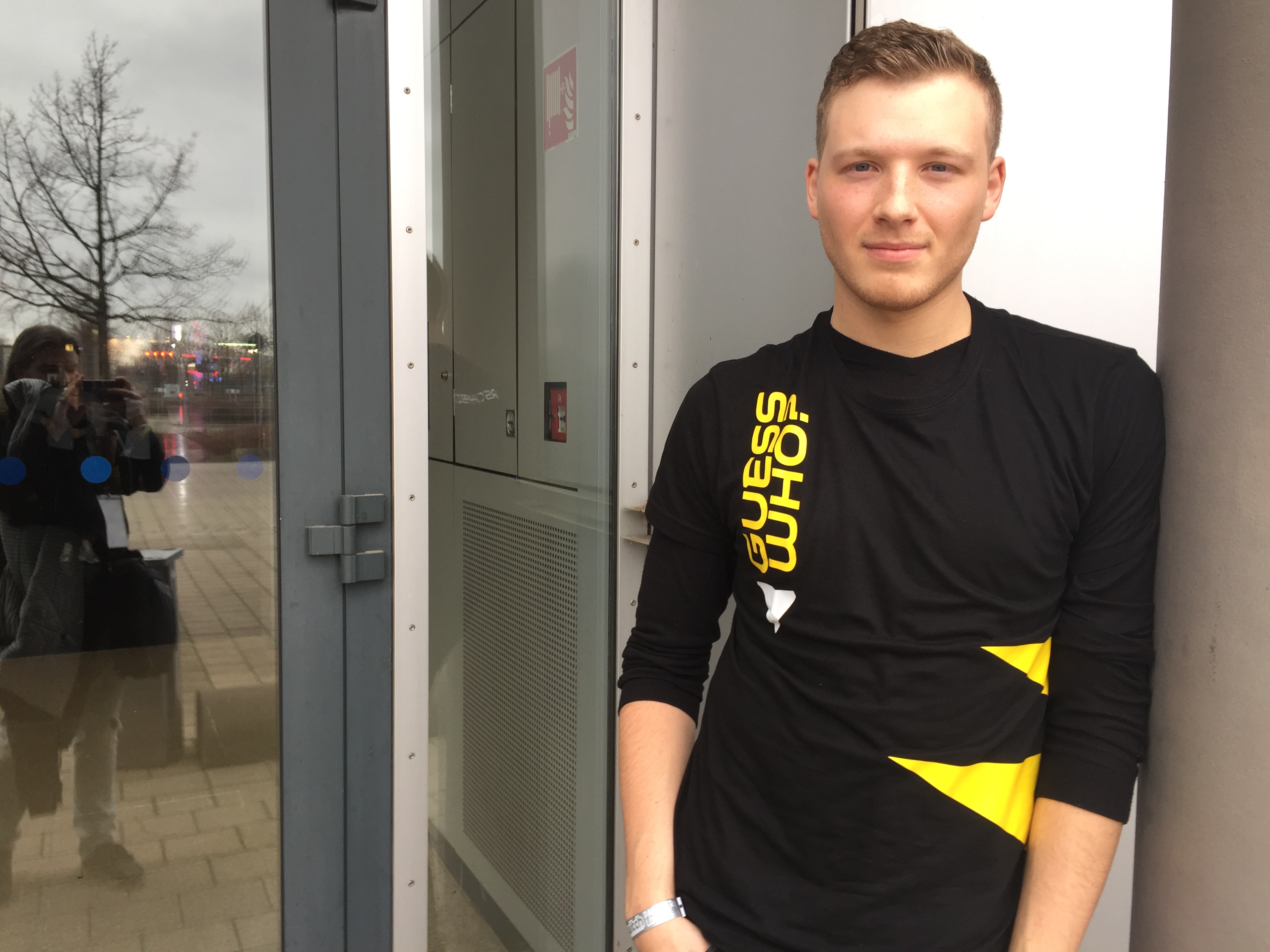 Paschy confirms: “We already have a new org”

Guess Who? are one of the best Rocket League teams in the world. The roster that formerly played for Mock-it Esports announced that they had left the controversial organisation earlier this month. As Rocketeers.gg found out during Dreamhack Leipzig the rumours surrounding the three players Paschy, Freakii and Fairy Peak are in fact true: Just weeks after leaving Mock-it the RLCS team already has a new organisation.

We talked with Paschy90, probably the best German Rocket League player there is right now, about leaving Mock-it, driving his famous Mustang and of course the new organisation, about which he doesn’t want to reveal too much just yet.

Paschy, first off: Congratulations on your success at Dreamhack Leipzig, especially eliminating World Champions GaleForce eSports must have felt pretty good. People expected quite a lot of your team, Gibbs even predicted you to win the whole tournament. How much pressure did that put upon you?

Actually I kinda like it when the casters say, that we are the favorites. That really motivates me. I only feel a lot of pressure against underdog teams, that I don’t know that well and that often perform better than we expected. Take a look at our game against the d00ds: Me and Freakii were incredibly nervous.

What was the biggest surprise for you at Dreamhack Leipzig?

The biggest surprise was probably, that Envy got eliminated that early against London. Especially because London got eliminated shortly after that. It’s not as if London were on a complete run through the tournament. Nobody expected Envy to lose this one.

You’re playing in front of your German home crowd. In how far does that make this event even more special for you as a German player?

Honestly, I am so used to events taking place outside of Germany, that I started to talk English with the hotel staff. Completely stupid. Apart from that it’s amazing to have this event in Germany. You walk around the venue, hear German and it feels like home. It was also a good thing, that I could just drive the 3 hours to Leipzig, so no long flight, no jetlag.

Interview with @Paschy90 – very interesting. And it’s not as if our head editor @DorianGorr is that small. Paschy is just tall like a giant. #DHDE18 pic.twitter.com/tT24HBYipO

You’re known for driving that huge Mustang of yours. Tell us about your car.

Funny story actually: My best bro works for Ford and I wanted to buy the new Mondeo, but then he told me if I’d spend only a little more, I could get a Mustang. The price-performance ratio is actually great – and it somehow fits to Rocket League. I started playing Rocket League competitively after I had finished school. I took a year off and just dove into Rocket League. I still lived at home, just had my pocket-money, you know. And all of a sudden I made a lot of money with Rocket League and it gave me the opportunity to fulfill a dream such as driving a Mustang. If there is an event and I am able to drive there, than I sure as hell take my car over the airplane or a train. It just offers so much more freedom.

“People hated us because we played for Mock-it”

Earlier this month you, Freakii and Fairy Peak announced, that you had left Mock-it eSports. What were the reasons for you leaving the org?

Mock-it were always supportive, but we got a lot of hate for being a part of their organisation. When we played ELEAGUE the crowd booed, even people that afterwards came to us and said, that they actually like us as players, but just can’t stand Mock-it. Now, after leaving Mock-it, it’s completely different, even though we as people or players haven’t changed at all. We’ve never been arrogant or anything. To me it was important to have fans standing behind me. And with Mock-it that wasn’t possible.

We all can’t hear the bad puns about Guess Who? anymore. There are a lot of rumours: How is the search for a new org going?

We actually have signed to a new organisation. But I am not allowed to reveal the name yet. Said org will make a huge announcement, because they also have a new sponsor. This announcement will definitely make it into the news. I assume that we will reveal our new org in February.

How soon after your departure from Mock-it did you find the new org? Did they approach you or was it the other way around?

They approached us. Funny thing is, that I contacted 50 different organisations. I had a complete list, that I worked through. There were many great talks, because right now everybody wants to get into Rocket League as it seems. But then our new org approached us and made us the best offer of them all. They really want to get into Rocket League and their offer was not only great, they were also very professional about the whole thing and didn’t make any unrealistic promises.

Today you are wearing black and yellow Guess Who shirts. Is that a coincidence or intentional?

I like Borussia Dortmund, especially because of the Jürgen Klopp era.

So, it’s not a hint towards your new org?

Dorian Gorr
Dorian discovered Rocket League when it first came to PS4. He stopped playing after he saw the RLCS for the first time and became discouraged from trying any more miserable Aerials. As a journalist with more than a decade of experience working for many of the biggest German media companies he now lives out his Rocket League passion as Head Editor for Rocketeers.gg
doriangorr
Next Articles
OCE Region isn’t represented at Dreamhack – and they feel a bit left out
How to get into Overtime with a slight Heart Attack
All Info and First Teaser for RLCS S5