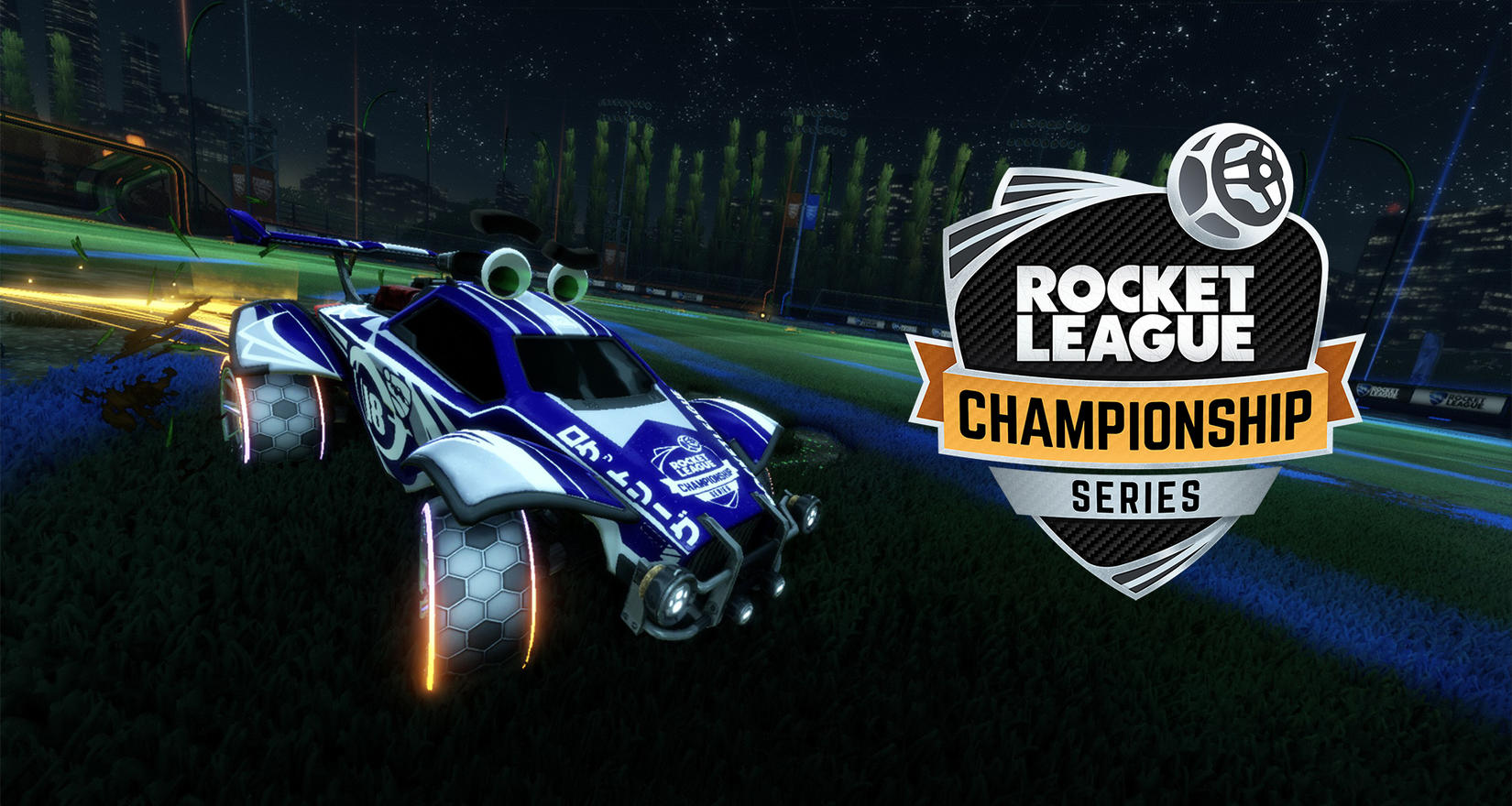 The RLCS should double league play

Even though recent offseasons have been punctuated by major tournaments, there’s still a palpable difference in the enthusiasm and excitement around pro Rocket League when the RLCS is happening… and when it’s not. The Rocket League Championship Series is the heart of the game’s pro universe, offering the most overall money in play and biggest bragging rights for the winners, plus it typically shapes how and when top teams form, split, and adjust.

And right now, each season feels very, very short. Four months passed between the season four World Championship and the start of season five league play. Now we’re three weeks in and the key online action is already half over. Five weekends of regular season league play feeds into a single weekend of playoffs, and then we wait a month for the live World Championship (with the promotion/relegation tournament in between). And then there’s more downtime until the next season, although events like ELEAGUE, the Universal Open, and DreamHack tournaments have helped fill the void.

There’s been some discussion in the competitive community of late about adjusting the RLCS format to incorporate more teams, or tweak the promotion/relegation approach. That’s one solution, although I think the current RLCS and Rival Series approach is pretty solid. What I’d propose instead is that the RLCS doubles the number of league play matches to 14 per team, with a double round-robin approach used so that each regional team faces off twice.

Ok, 3rd time’s a charm. Here’s the idea for RLRS/RLCS format changes. If I messed this one up too then you’ll just have to deal with it 🙂 Only thing I’d maybe change is 7th-9th go to promo tournament instead of just 8th-9th. pic.twitter.com/JNxiAYatqB

Why it would help

It’s hard to believe that many fans would argue against a longer RLCS season: we all want to see the best teams battling it out at the highest level, especially when the stakes are huge. Extending the season would make the RLCS a longer-lasting and potentially even more satisfying affair, which means a larger impact while it’s happening and a hopefully less-tedious offseason for fans and players alike. But there are much larger benefits to such a shift.

Doubling the number of league play matches and extending the length of the season would do wonders for building storylines around the action. As it stands, the brief regular season unfolds so rapidly that a hot or cold streak can immediately define a team’s narrative and perhaps chances for the entire season. We’ve seen examples of this already this season. Ghost Gaming had a heavily front-loaded schedule, playing six of their seven games in the first three weeks—by the end of week two, they were sitting at 0-4. Seven days after the regular season started, they had played more than half of their matches and lost all of them. That’s rough. 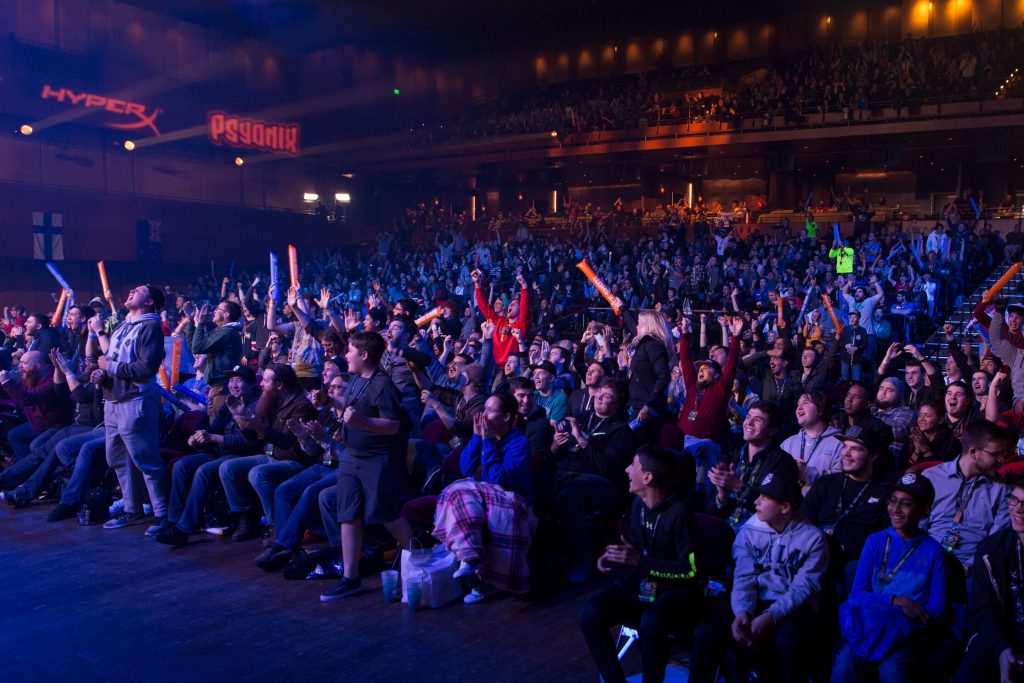 More league play could build up more hype ahead of the World Championship | Credit: Psyonix

And in the Rival Series, where losses arguably sting even more thanks to its promotion-focused structure, the favored Team Dignitas going 0-2 in week one might have singlehandedly sunk their season. It doesn’t really matter if Dignitas or Ghost are typically “good teams” or if they underperformed when it mattered; both of those things are true, but that’s not my point. It’s just so few matches and so heavily condensed that season-wide effects are felt very quickly, and it’s possible for teams to rapidly dig a hole that they can’t fight their way out of. And then it’s at least a few months until they get a fresh start.

It’s not just about giving sloppy teams enough time to firm up and find their form—I want to see the opposite too. Yes, I want shaky teams to have the opportunity to find and show their true potential over the course of a longer season, but I also want to see hot, just-formed squads crash and burn after the honeymoon phase ends. And I want rematches before the playoffs come around. NRG just smoked G2 last week, but what would happen if these powerhouses faced off again in a few weeks? Would NRG’s hot start eventually subside? Could G2 adjust to NRG’s attack and regain their prime offseason form? I want to see that match guaranteed under the RLCS banner, where it matters most, and not just cross my fingers for a playoff showdown.

As a journalist covering the game, I want to see (and write about) the most enticing storylines possible, and giving them more time to twist and expand before the playoffs can only be a positive for all viewers and fans. And doubling league play seems relatively straightforward, as it can work within the existing format. Imagine, for example, extending the weekend broadcasts and having the regular season span eight weeks with this format—each team could play seven weeks of double matches, with a single bye week somewhere in the mix.

Obviously, that’s easier said than done. The RLCS is a large machine with a lot of moving parts. Additional matches and a longer season means paying teams and talent more money, securing further availability for all involved, potentially renegotiating sponsorship terms, and all the extra staff, technical, and resource costs that come along with. But the RLCS has made big pushes towards stability over the last two seasons, and I think the next in that regard should be giving teams more time to compete, contend, and really prove themselves. That way, the truly elite and consistent teams should rise to the top via more matches and more results.

There’s an argument to be made for keeping the season short and punchy. The brief regular season ensures that every game makes a serious impact on the standings, and it forces teams to be at their best each and every week—and right from the start of the season too. That’s fair. What we have right now works, and ultimately we’re still getting amazing matches and truly talented contenders and champions at the end of the season.

But I see potentially sizable, tangible benefits to extending league play, and while it’ll require more time and investment from Psyonix, it’s tough to see downsides for viewers and players alike. As exciting as it is to think that playoffs are happening in two short weeks, I’d much rather see these teams battle it out in another set of round robin matches and build some fresh rivalries and real consistency, and then funnel all of that into an even more hype regional showdown. Maybe next season.

He plays only with his mouth