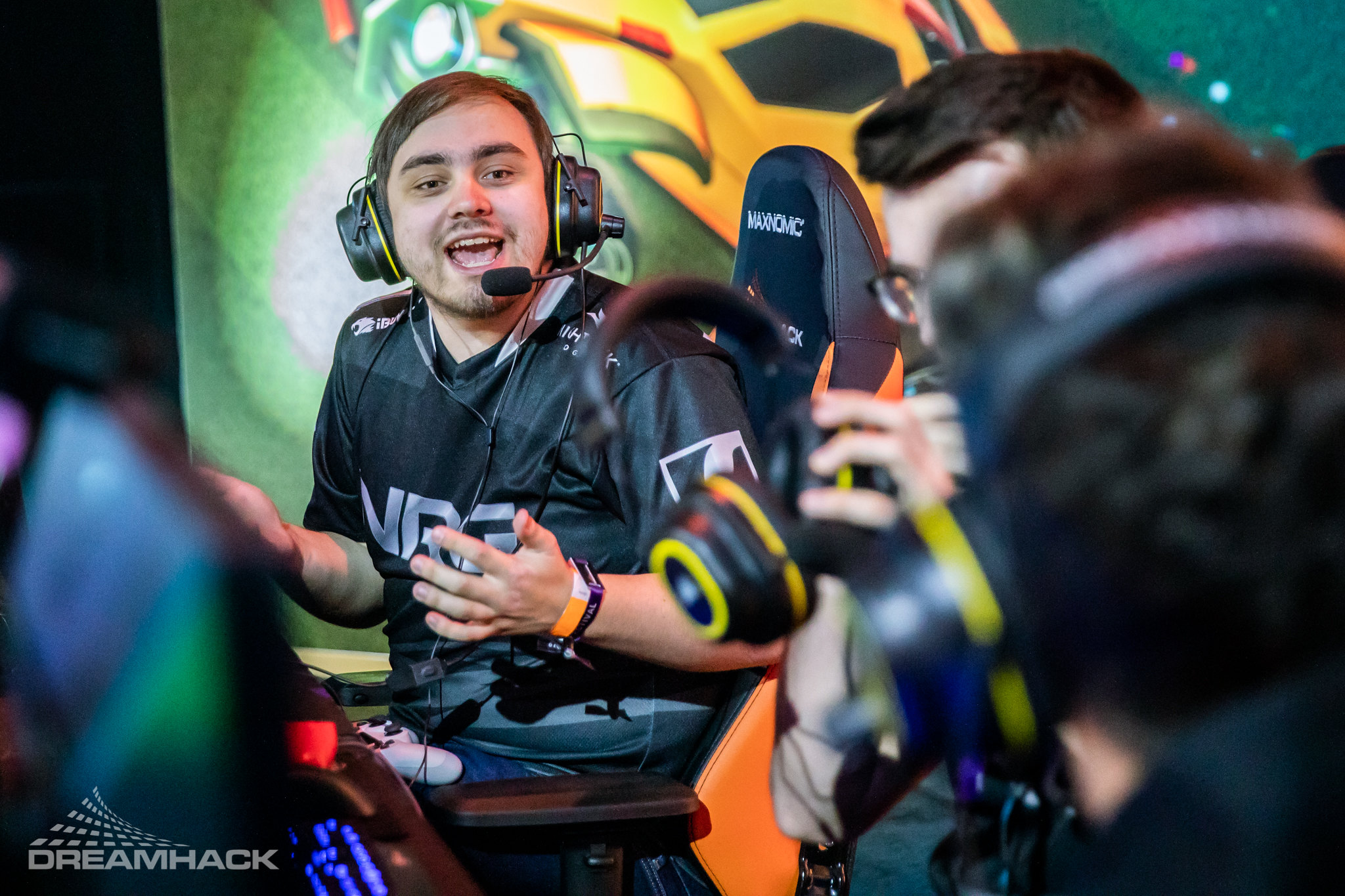 Pierre “Turbopolsa” Silfver was the first-ever two-time Rocket League Championship Series (RLCS) champion, and then the first to secure a third championship—three in a row, no less. Will he add his fourth title this weekend at the RLCS Season 8 World Championship in Madrid?

Turbopolsa’s circumstances have changed significantly since last season, as the outspoken RLCS veteran left a crumbling Dignitas team in Europe to join North America’s NRG. It was only the second time an RLCS player had switched regions, and the first example—when Oceania’s Matthew “Drippay” Den-Kaat joined North America’s Evil Geniuses for Season 7—didn’t work out so well.

But NRG has consistently been one of North America’s power teams, racking up five regional championships during the first seven RLCS seasons (including Season 1 as Kings of Urban), as well as two 7-0 seasons and a grand finals appearance at the Season 5 World Championship. With Jayson “Fireburner” Nunez retiring during the offseason, it opened up a plum role for Turbopolsa alongside Garrett “GarrettG” Gordon and Justin “Jstn” Morales. Earlier this season, GarrettG told us that Turbo had “no hesitation” about moving to the United States to join the team.

“Why would I say no to a team that has consistently been the greatest team in NA?” Turbopolsa told us Monday from NRG’s boot camp in Denmark. “And having a hard time in EU, it was not really a hard decision to make.”

WHAT IS THAT?!? ??@Its_JSTN and @Turbopolsa get creative for the third goal of the game. #RLCS8 pic.twitter.com/tSSayqsb7b

Dignitas was the closest thing Rocket League has had to a dynasty, with the roster racking up back-to-back RLCS World Championships in Seasons 4 and 5 (the first under Gale Force Esports) and returning to the grand finals in Season 6. However, after falling to Cloud9 in that stunning Season 6 upset, Alexandre “Kaydop” Courant left and Dignitas failed to qualify for the next World Championship. We asked Turbopolsa about what happened there.

“It was behind-the-scenes stuff that I don’t really want to get into,” he says. “We didn’t feel comfortable with each other in-game and off the field. I think we both… in the team, it was better that I left than if I stayed. We didn’t really have good vibes behind the scenes.”

Did the bad vibes start after Kaydop departed? Turbo suggests otherwise. “Not really, no,” he says. “Been for a while.”

Luckily, he’s having a much better time with NRG. Asked if the vibes are better this time around, he replies, “Yeah, definitely. 100%.” It certainly doesn’t hurt that the team went 6-1 and won the North American championship, all while fellow “Big 3” NA teams Cloud9 and G2 bombed out and landed at the bottom of the standings. NRG also won Beyond the Summit before the RLCS season started, notching an early championship in their partnership.

Turbopolsa has been living in an apartment with GarrettG the last few months, which he says has been fun (as seen in the clip above), and he suggests that adapting to living in the United States full-time hasn’t been that big of an adjustment.

“Not much has changed, to be honest. I haven’t been too much affected by it. It isn’t really that big of a change, except that you play different teams,” he says. “Nothing really has changed, except probably my social life outside of Rocket League.”

NRG boot-camped from sponsor Sennheiser’s facility in Denmark, with the team joined by coach Emiliano “Sizz” Benny. GarrettG previously told us that Sizz helps keep the mood light and lively during stressful moments, and Turbo affirmed that… but Sizz’s role comes with some added managerial duties in-person. “[He provides] the good vibes, basically,” says Turbo. “Making sure we are well-fed and happy.”

we gave @sizz a camera for the @sennheisergamer boot camp, and he sent us a little bts of how a 5x na championship team preps for worlds 🙂 @garrettg @its_jstn @turbopolsa pic.twitter.com/I01sFARgw6

Scrims have been going well, according to Turbo, but haven’t been especially dominant or rough. Still, being together with his team should help NRG get more in sync before this weekend’s big matches in Madrid. “It’s way more fun than online, that’s for sure,” says Turbopolsa. “Just to hang around and be together before we get onstage and do our best.”

NRG comes in as the top seed for North America, and will face the winner of Veloce Esports/Lowkey Esports on Friday. Given NRG’s strong season and Turbopolsa’s own extensive World Championship success, it’s no surprise that he feels good about their chances in Madrid.

“I feel pretty confident,” he says. “Whatever happens in the week, I don’t know… it will be very tough, but I’m feeling like we could at least get Top 4 and maybe win the entire thing.”

Should NRG win, it would be the first RLCS championship for both GarrettG and Jstn, who came heartbreakingly close in Season 5… and lost at the hands of Turbopolsa. For Turbo, on the other hand, it would break his three-time tie with former teammate Kaydop (who won last season with Renault Vitality), plus make him the first player to claim RLCS championships in multiple regions. Asked what it would mean to him, Turbo skips the subtlety.

“Historic, I guess? It would be pretty good to cash in some money,” he admits. “I just play the game to win, so it will be a good feeling.”