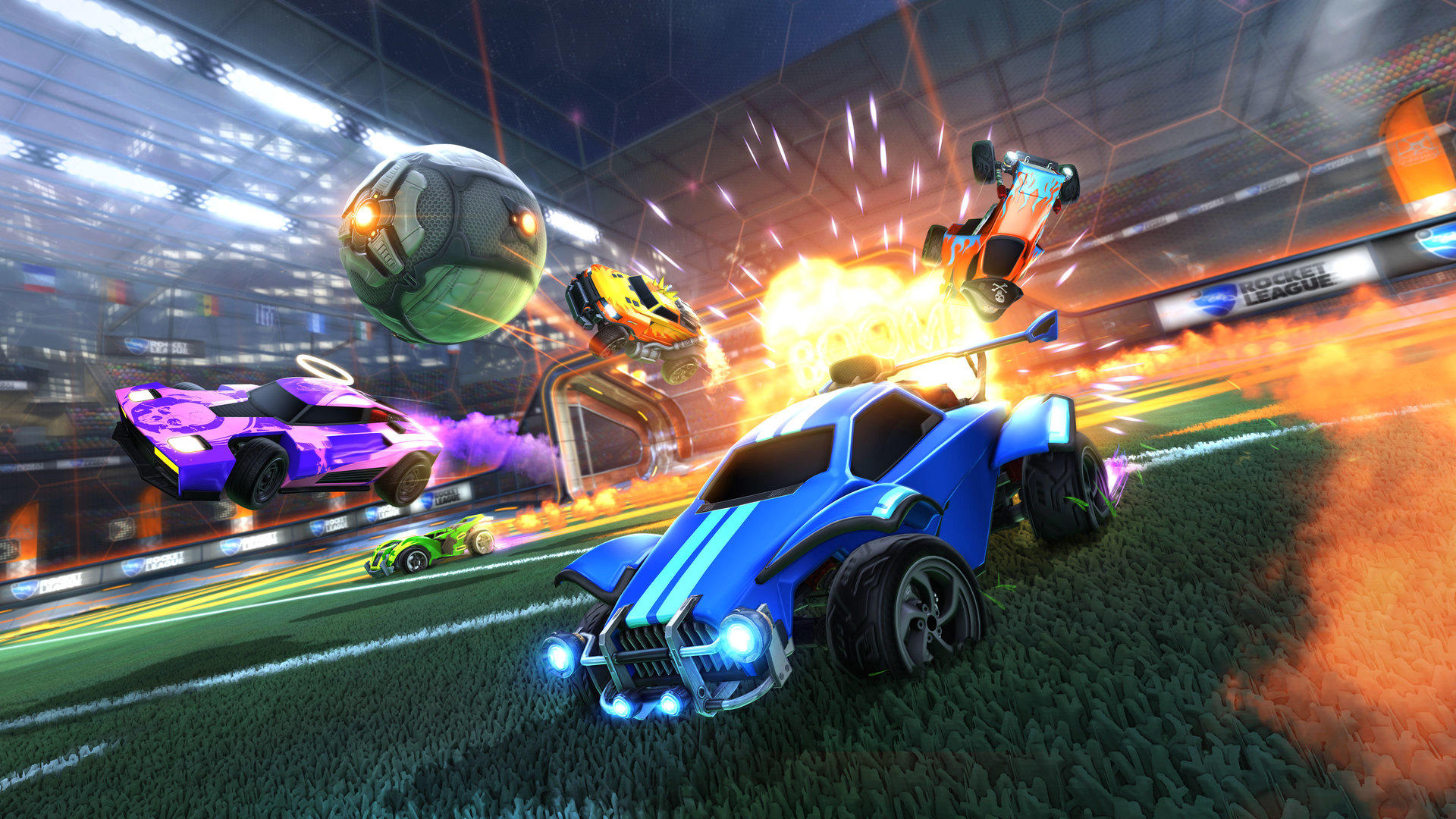 The Rocket League Championship Series (RLCS) is back in full swing, and week one of Season 8 League Play already had some fantastic shots, scintillating series, and rousing upsets.

We’re ramping back up here at Rocketeers after being on hiatus, so bear with us as we get caught up. But if you didn’t catch last weekend’s action—or you just need a refresher before this weekend’s matches—then we’ve collected Week 1’s top moments below.

How do you make a big impression in your first week of RLCS League Play? Singlehandedly outplaying the entire G2 team isn’t a bad way to do it. That’s what The Birds’ Colby “Hockser” James did here, popping the ball past Chicago, faking out Rizzo, and then finally beating JKnaps to the goal. The Birds ultimately lost, but that’s still gotta feel good for Hockser.

He goes the WHOLE FIELD! ?@SquishyMuffinz put his skills on display as @Cloud9 looks for a win to open their #RLCS8 campaign. pic.twitter.com/T4mvYmXfWE

Putting together a highlight reel? Expect to see Cloud9’s Mariano “Squishy” Arruda a lot. That’s the case again this week, as the past World Champion managed to float the ball over nearly the entire length of the pitch to put it in Ghost’s goal. With air like this, who even needs the pitch?

.@GarrettG COOKED UP AN OUTPLAY ?‍?@NRGgg close out the series 3-1. #RLCS8

Garrett “GarrettG” Gordon, NRG’s 1000-day-plus star and eight-season RLCS veteran, rarely ceases to amaze. Just check out this mad play against Spacestation Gaming. Garrett hits the flip reset in the air with the ball, and then waits until just the right moment to flip and pop the ball over a pair of SSG defenders. From there, it’s just an easy backboard shot in the empty net. We could watch that flip all day. And we might.

CLUTCH ?@FreaKiiRL hits the shot with three seconds on the clock and @VeloceEsports wins 3-2! #RLCS8

It’s not that this shot is particularly amazing on its own—but it’s all about the time and place. And when you’re playing against the reformed former powerhouse that is Dignitas, a game-winning shot to break up the tie and take the series is a damn fine shot. Kudos to Sandro “FreaKii” Holzwarth for making this one happen in his RLCS return after a couple seasons out, helping Veloce Esports to a brilliant 2-0 season start.

Is it really any surprise that the reigning RLCS World Champions look in fine form to start off Season 8? Vitality’s Kyle “Scrub Killa” Roberston nabbed the crown during his season second in the league, and he seems intent on keeping it if this shot is any indication. It’s not all that different from GarrettG’s move above—only this time, Scrub saves his flip for the last second before popping the ball into the goal. Fancy moves, champ.

WITH NO TIME LEFT ⏱️@Alpha54RL is too clutch. #RLCS8

Team SoloMid made a big offseason move with the addition of former FC Barcelona standout Yanis “Alpha54” Champenois, but this series against the new Mousesports roster got off to a bad start for them. Right before a potential loss, the whole team came together for this beauty—which Alpha54 puts away, but Otto “Metsanauris” Kaipiainen deserves a lot of credit for. And then Alpha54 caught fire, with six straight goals to help TSM complete the reverse sweep.

The best team in the world

The 5 Best Moments from RLCS Day 2