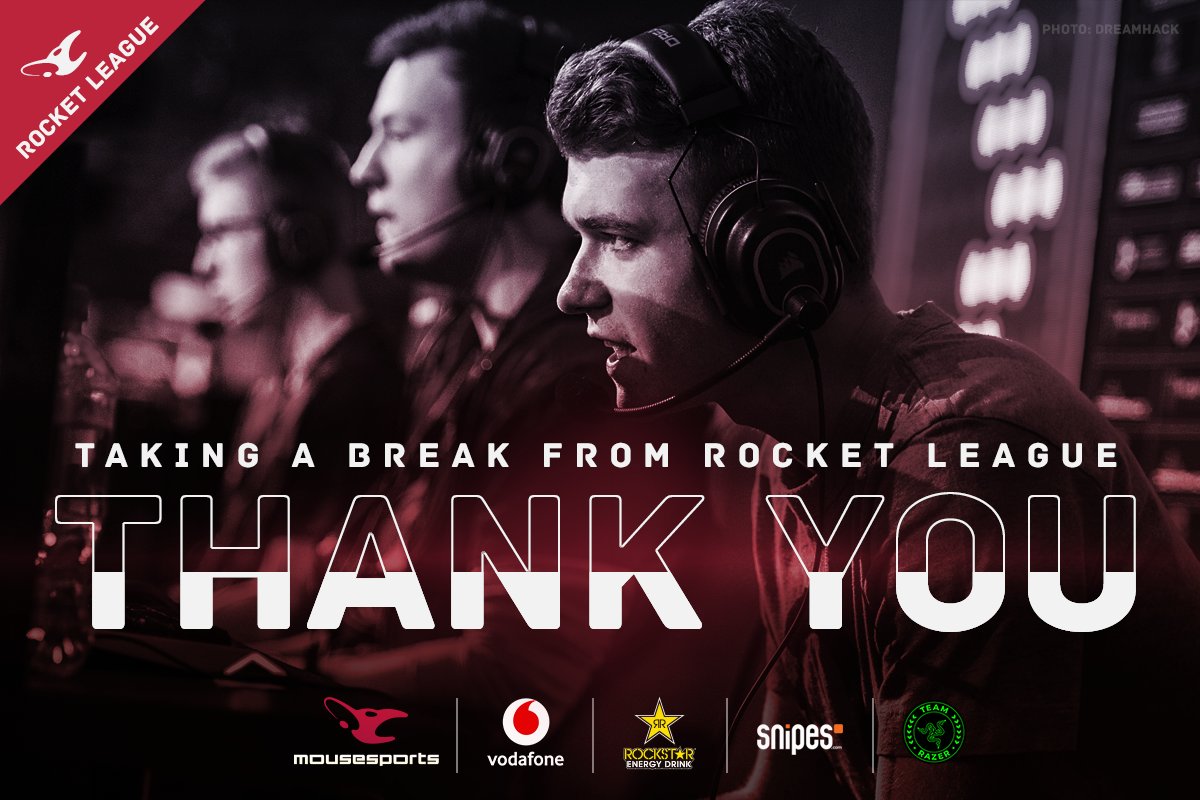 Another one bites the dust. This week, European organization Mousesports announced that it has departed Rocket League nearly two years after first joining. The team’s Twitter post suggests that it is “taking a break from Rocket League.”

After almost two years, we’re sad to withdraw from the #RocketLeague scene for now. It has been an exciting time with our current and former players and coaches and all the fans worldwide. Thank you all! pic.twitter.com/tFrgI6mrK3

The team had an eventful 2020, signing Kyle “Scrub Killa” Robertson ahead of Rocket League Championship Series (RLCS) Season 9 in February. However, Scrub Killa left in March before the regular season ended, citing what he called an illegal contract. Mousesports played with substitute Ario “arju” Berdin instead, and managed to win its last two regular-season matches of the season before finishing 3rd-4th at the regional championship.

Mousesports is the latest of several RLCS organizations to leave in the last few months. Cloud9 was the most recent departure, following Veloce Esports, Ghost Gaming, Team Reciprocity, and Team SoloMid. On the flip side of things, Team Envy recent re-entered the esport by acquiring the former Ghost roster.