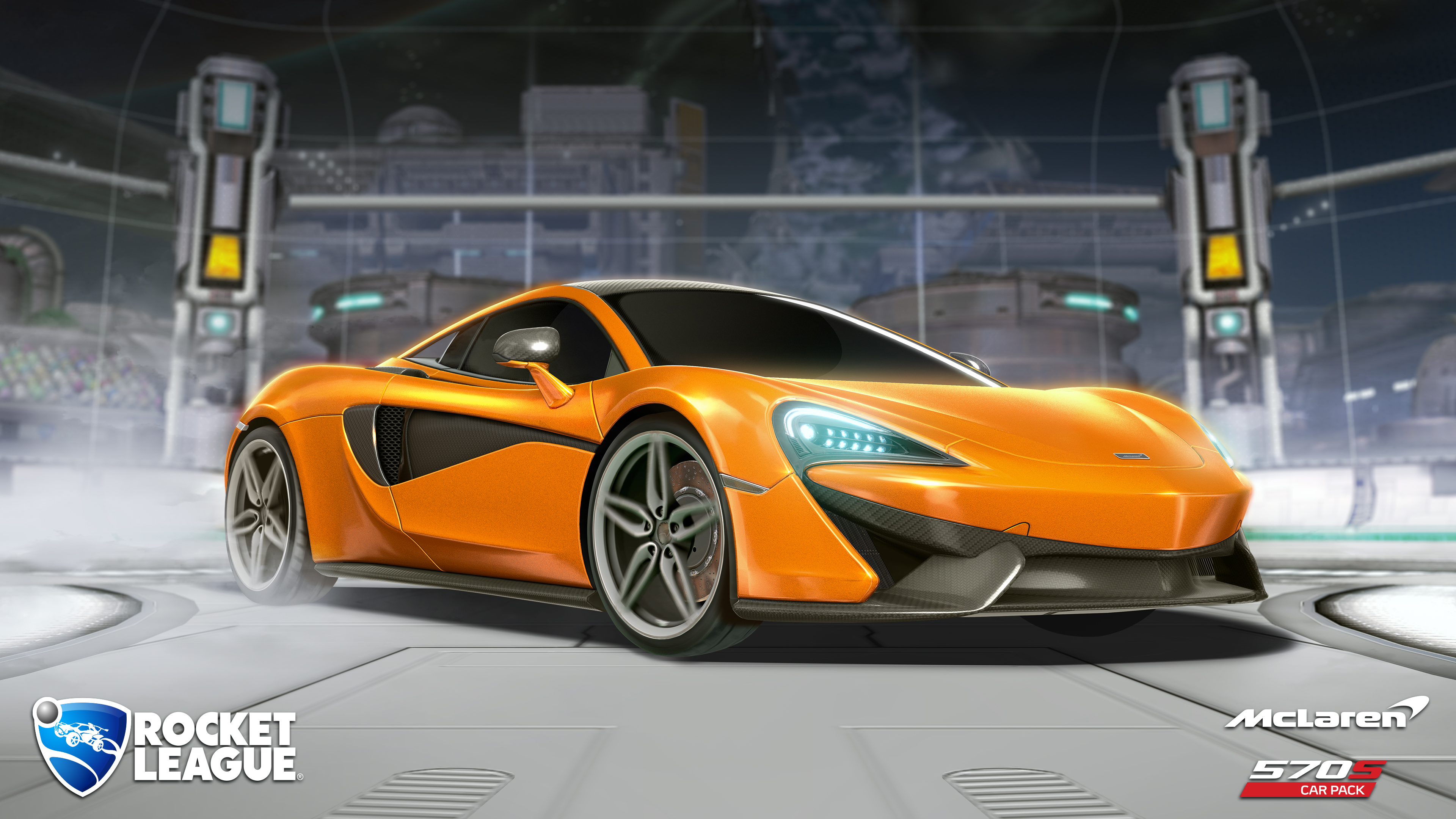 Rocket League has seen some crazy and cool DLC packs over the past few years. Now it’s time for the introduction of a new sports car in the game: McLaren apparently signed a deal with Rocket League publisher to bring their McLaren 570S Coupé as a Battle Car into our favorite soccar game. The car will have the Dominus hitbox.

The DLC was announced yesterday during the Game Awards and is already available for download (price: $1.99 or regional equivalent). In addition to the car you’ll also get two McLaren banners. One important note though: Apparently the McLaren 570S can’t be equipped with any additional wheels, toppers or antennas.

Make sure you watch the trailer for the latest DLC. We gotta admit: it looks awesome! Here it is:

Do you want to see more car brands integrated in Rocket League? Feel free to head over to our Rocket League Discord server to talk about this with our community.