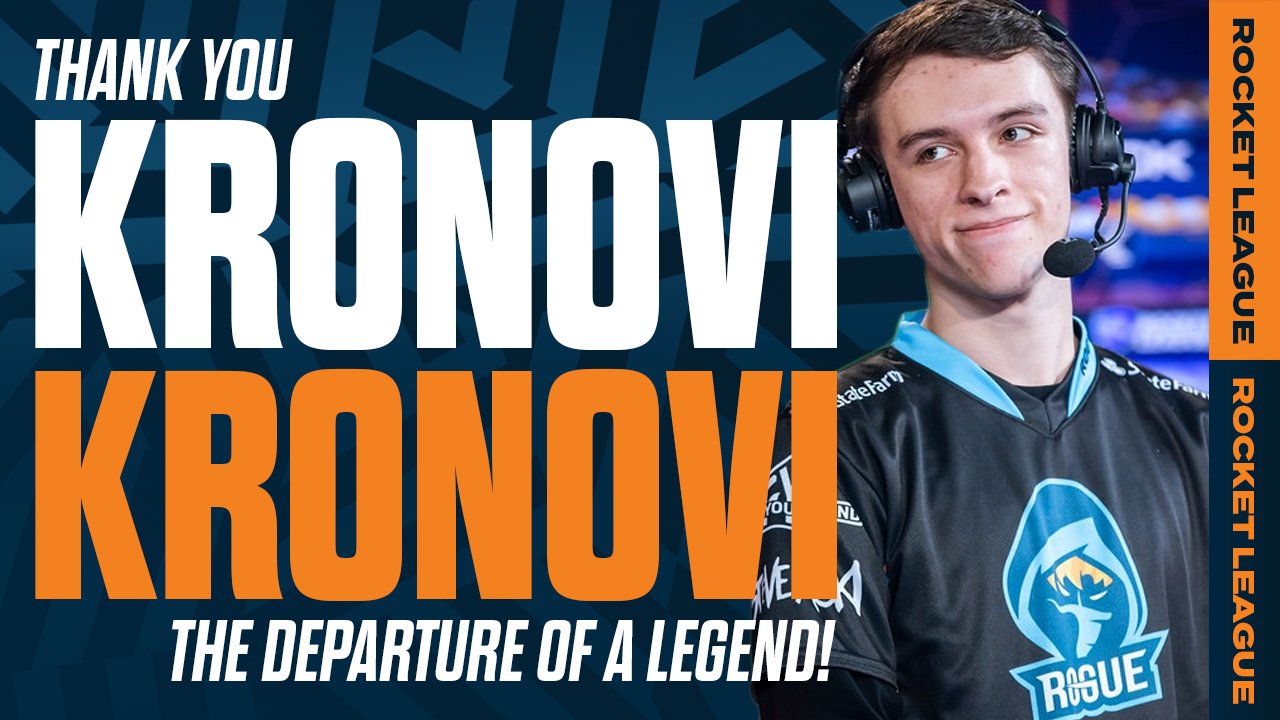 Two of Rocket League’s all-time competitive legends, both RLCS champions and arguably the two earliest major stars of the scene, have been departed their organizations as teams scramble to make changes ahead of the RLCS X Winter Split.

Rumors surrounding both emerged late last week as other teams’ changes were made, new players were made available, and empty slots were filled. Each falling domino seemed to make struggling teams and organizations all the more anxious to make a move while quality players were still available during the very brief trade window.

Team Liquid’s Francesco “Kuxir97” Cinquemani was the first to confirm his status on Friday with an “LFT” tweet (looking for team), and the organization tweeted out his departure on Saturday. It is actually the first time in five years that Kuxir97 is looking for a team: he has remained on the same roster since Teamy Weamy formed in August 2015, although many, many other changes have been made around him in the meantime as the team moved to FlipSid3 Tactics (where it won RLCS Season 2) and later Mousesports and Team Liquid.

Thank you, @kuxir97, for supporting us as we took our first steps into Rocket League. We know you have an amazing road still ahead of you, and we wish you all the best on your journey 💙 https://t.co/Y3pYNWV0Tz

Kuxir’s tweet came shortly after former FC Barcelona captain Aldin “Ronaky” Hodzic tweeted that he was teamless ahead of the trade deadline, and it is believed that he will fill the void on Team Liquid. ShiftRL has reported that to be true, although Team Liquid has yet to make an announcement as of this writing. Meanwhile, Kuxir97 has apparently formed a new team named SWAG with former FC Barcelona player Hrant “Flakes” Yakoub and ex-The Last Resort player Kieran “rehzzy” Hogan.

Meanwhile, Rogue has parted ways with RLCS Season 1 champion Cameron “Kronovi” Bills ahead of the Winter Split, officially announcing the news this morning. Kronovi has described what happened behind the scenes, noting that he asked to be traded or released due to personality conflicts and animosity on the team. He conceded that it’s unlikely that he’ll find a team for the Winter Split, given the timing, and says that he’d rather focus on improving ahead of the Spring Split rather than settle for any opening right now.

The departure of a legend.

Today, we part ways with Kronovi as a part of our Rogue Rocket League roster. Its been two years we'll never forget, and we wish nothing but the best for his future! pic.twitter.com/iuBMbkKBDR

“I’m not happy settling on the current pool of teams that might be available to me last minute, and jumping on a roster moments before rosters lock. Treading water all season sounds like a nightmare and wont help me look good for next split,” he wrote. “While I wait for the next transfer window, I will be grinding Rocket League and improving my weak areas to be a strong free agent for the 2021 RLCS splits/seasons.”

“It sounds crazy even to me but I actually look forward to getting back on the grind and really competing with people for roster spots in the future. I haven’t really been in this spot often but I really wanted to challenge myself to rise above my situation and adopt a positive, long-term focused mentality where I can set goals and reap the rewards at a later date,” Kronovi added. “I can’t help but feel that the alternative solution was to stay with a team that wasn’t happy with me and also made me unhappy until eventually my love and motivation to play RL was stripped away.”

ShiftRL reports that Rogue is finalizing a deal with Alexandre “Taroco” Pedrogam, formerly of Plot Twist, to fill the third spot.