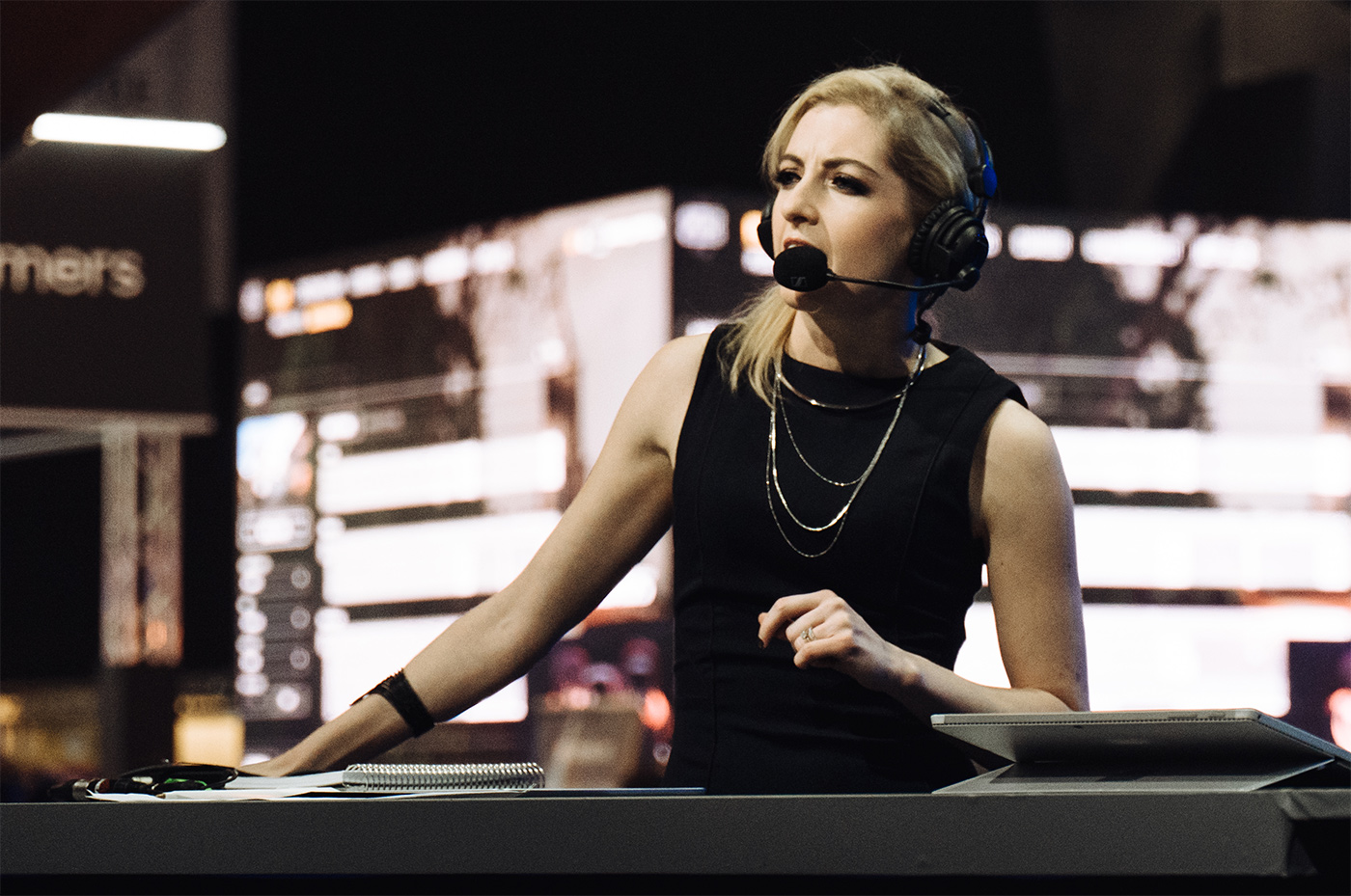 Interview with Gillyweed: “It’s impossible not to root for Splyce”

Jaycie Gluck, better known as Gillyweed, has been around the esports scene for years, mainly as a caster for Blizzard’s Heroes of the Storm esports program HGC. Her announcement that she’d host the RLRS this season came as quite a surprise. Rocketeers.gg, the magazine all about Rocket League esports, took the opportunity to reach out to Gillyweed. In our interview she talks about her first Rocket League broadcast, favorite RLRS storylines and why her brother probably still likes her better as a Heroes of the Storm caster.

I have been DYING to announce this! I’ll be hosting this season’s Rival Series alongside a team of fantastic analysts. I’m so grateful to get the chance to tell the stories and hype the plays of Rocket League players. We start tomorrow! ?? https://t.co/lHvWTacpGl

Congratulations on becoming the new RLRS host. As someone who watches basically every HGC broadcast I was quite surprised to see you behind the desk during the first RLRS broadcast last Friday and I imagine others were surprised as well. So walk us through the process how you got in touch with Psyonix and when they or you decided to work together on this?

Thank you so much! I had talked to Cory Lanier before about being interested in Rocket League. He reached out and asked me if I was still interested when planning for this season’s Rival Series, and the timing worked perfectly. I’m very excited to be involved!

Communities that are as passionate as the Rocket League community can be quite skeptical when new faces join the scene. How did you experience the feedback after your first broadcast?

While I am understanding that it’s impossible to please everyone, after the first broadcast, a lot of people reached out to me and were happy that I was there. The reception seemed great! It was amazing how welcoming and helpful the community and other casters were to me. It seems like a wonderful, passionate community, and I’m so happy to be a part of it for this season’s Rival Series.

I imagine that casting or hosting a Rocket League broadcast is quite different than the other work you’ve done. In what ways do you adjust your style as a host or caster whenever you get into a new game? Are there any specific examples you can give?

While I’ve worked on one-off events for other games, this is the first time that I’ve tried my hand at another esport. A big part of it is studying the scene and studying past broadcasts; what things does Axeltoss ask his analysts? What are the things that generally are talked about on Rocket League desks? Alex is a great host and as such, a great reference for me. I adopted what I learned from watching him in the scene into my hosting style, and will still be refining it throughout the Rival Series.

I’m also trying to push the bounds of what kinds of things we talk about as I figure out what works and what doesn’t. I think the main thing is just being receptive to feedback, making sure that I’m being very self-aware of what things work to replicate them, and continually trying to adapt and improve to make the Rival Series as great as I know it can be.

I have a lot of tweets to go through and will soon, but I want to shout out the casters. They know their stuff, which makes my job easy. Even those off broadcast and from RLCS have been offering me help and support. So many thanks to you guys. Today was a blast! <3 https://t.co/AdEcpIOvMn

There are so many great storylines when it comes to the RLRS. There are new hyped teams such as The D00ds or orgs like Method who have to start from scratch with a new roster. What’s your personal favorite storyline that you’d recommend our readers follow closely?

I’ll give you one for each region. I adore Method’s story – specifically, that Shakahron believed so much in this duo that he left his team to take the risk of playing through play-ins. They were incredible in week 1, and I look forward to more from them. In NA, it’s about Splyce. Karma’s been trying a long time to qualify, they put a ton of work into it, and after reading your interview with Karma and how emotional their qualification was, it’s impossible not to root for that team.

“Method were incredible in week 1”

What kind of potential do you see for Rocket League as an esport?

One of the best things about Rocket League is because it’s soccer, it has a low barrier to understanding the basics, and although maybe newer viewers won’t pick up on the intricate outplays players have, they can get behind big hype plays pretty easily.

In another interview I read that your family watches a lot of the casting you do. What was their impression of Rocket League? I guess it’s a lot easier to follow than a game such as Heroes of the Storm which requires more in-depth knowledge about different characters, talents and such.

My mom definitely understood the game easier than Heroes. When I was explaining the game to her before the broadcast, she was like, “So, it’s…soccer? With flying cars?” And I said, “Yeah mom, you’ve got it!” My brother enjoyed it, although I think he still likes me on Heroes better, mainly because I still commentate there. But they’re both extremely excited and proud of me, and watched the broadcast and enjoyed it.

“I’ll still be around for more Heroes”

Even if we’re a Rocket League magazine, as a fan I gotta ask: What does your involvement with the RLRS mean for the HGC broadcast?

Well, I was already going to be switching out with Dreadnaught for the second part of phase 1, which is why it so perfectly worked out that I could do the Rival Series! But I’ll still be around for more Heroes, don’t you worry

Dorian Gorr
Dorian discovered Rocket League when it first came to PS4. He stopped playing after he saw the RLCS for the first time and became discouraged from trying any more miserable Aerials. As a journalist with more than a decade of experience working for many of the biggest German media companies he now lives out his Rocket League passion as Head Editor for Rocketeers.gg
doriangorr
Next Articles
This Week in Rocket League: Eventvods.com covers Rocket League now
Epsilon’s Pugsay: “Others have paper rounds, I get to play Rocket League”
Interview with Splyce’s Karma: “I started crying, realizing what was happening”