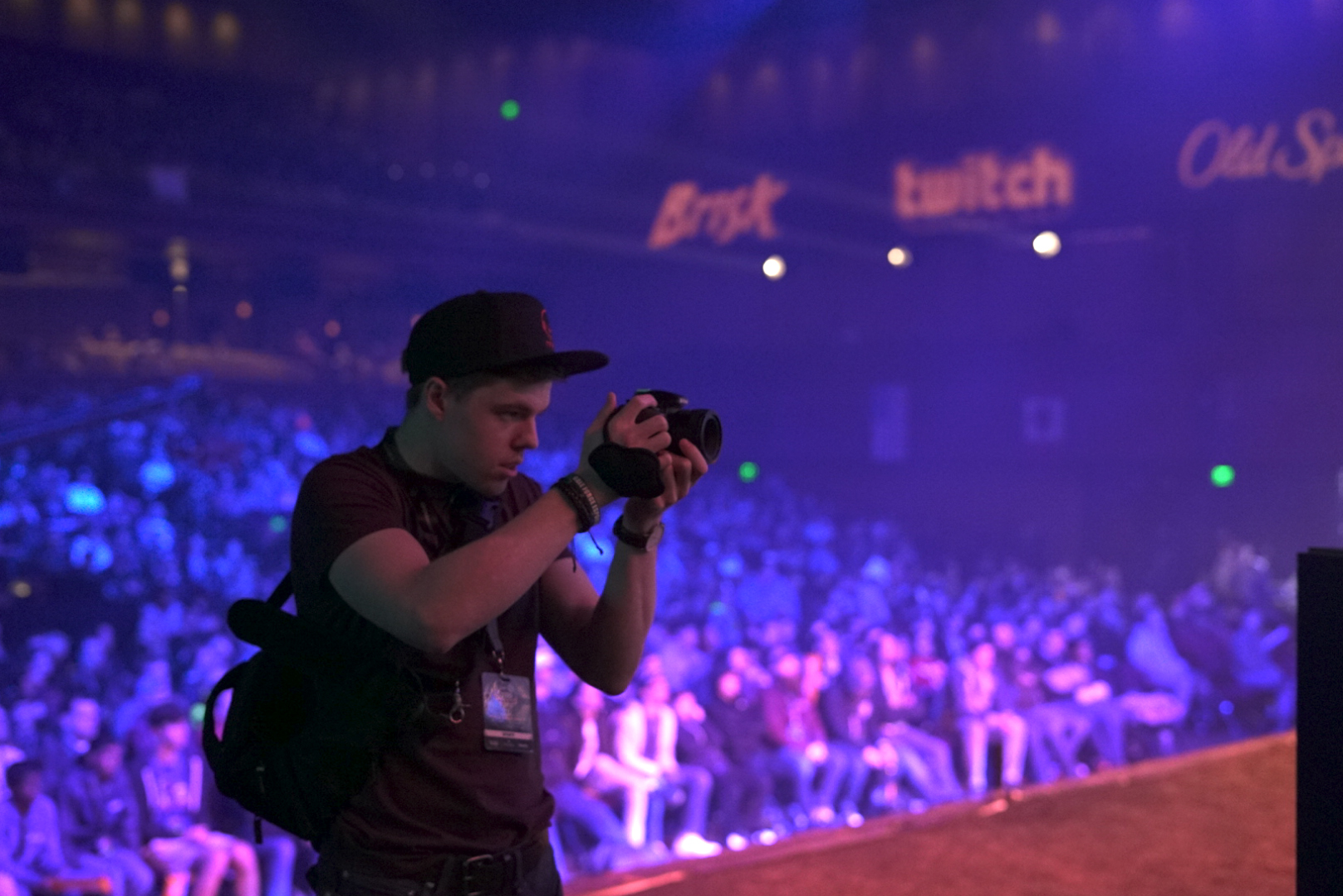 Interview with Doomsee: “I’m playing Rocket League more than ever before”

Ryan “Doomsee” Graham has been a part of the Rocket League community for years. Not always as a competitive player, but as a content creator on YouTube and as an avid Twitch streamer. Now he makes another attempt to push into the professional Rocket League scene.

Together with two players from Sweden Doomsee forms the new Rocket League squad of Hashtag United, a British organization. They will play in the upcoming Gfinity Elite Series and are also qualified for the RLRS Play-Ins. Rocketeers.gg reached out to Doomsee to talk about his new team.

Congratulations to your new org. Please tell us how you got in contact with Hashtag United. Did you contact them or did they reach out to you? And how long took it to seal the deal?

Thank you very much! Hashtag United contacted me about a week before they announced they were in the Gfinity Elite Series and it really didn’t take long to make up our minds about signing with them. They’re big on content creation and personalities, and so am I! Made total sense to sign with them.

You’re from the UK, as is Hashtag United. Is that something that makes it even more special to you in the sense that you’re also representing an org from your home country?

It’s a nice bonus for sure, but it’s honestly not a very big deal for me. The most important thing is how the org treats you and how welcome you feel, what country they’re from is secondary. It does make it easier to meet up with the team though, that’s for sure.

These three great players will be representing us throughout the upcoming @Gfinity Elite Series! Don’t forget to Hashtag it! #Calculated pic.twitter.com/ydfmNlvdCz

“They bring out the best in each other”

Your two team mates are Data and Flarke, two Swedish players. Please tell us a bit about how you got together and what their strengths are?

I’d been trying to team with Data and Flarke for about half a year, just before the Elite Series Season 2 and RLCS Season 4. We put up some excellent results as a trio when we were trying out together, but due to contract issues we couldn’t be a team which was a bummer for all of us. 6 months later and those issues have cleared up, and here we are! Data and Flarke have loved playing with each other for a long time so it was always about them finding their third. They are wild together in all honesty. The recent improvement in them both has been nothing short of incredible, particularly their ability to score from the dumbest of angles, so it was a no brainer to team with them really. They bring out the best in each other and I think that’s their biggest strength.

You will play the upcoming Gfinity Elite Series, which features a lot of great teams. How do you currently prepare for the competition?

Scrims, scrims, scrims. Nothing beats a good scrim session. We’ve spent a lot of time scrimming RLCS teams lately and the results have been pretty exciting for us. The hard part is getting those same results in tournaments. We analyse our replays a lot, discuss issues as a team, then work on them in the next set of scrims. We’re well aware of what our strengths and weaknesses are as a team, so hopefully we can iron out those kinks before the upcoming season.

He’s got the moves, and today @Doomseee begins his journey back into the #RLCS with @hashtagutd!https://t.co/6xH3gKgXef pic.twitter.com/sErm62Mvdr

Looking at this year’s Gfinity roster and especially your Group A: Who are in your opinion the most dangerous teams you’ll have to face?

Fnatic and Team Vitality, no question. After those two teams there is certainly a drop in skill compared to the other Elite Series teams. But this is Rocket League, teams out of nowhere seem to be beating the top ranked guys and not all of the rosters have been announced yet. Our group looks alright to us, the hardest team to beat is Vitality, but if we put in the practice I honestly believe we could come out of it 2nd.

“I honestly believe we could come out of it 2nd”

Are you also aiming for a spot in the RLRS and later RLCS with this new team?

100%. I’ve been eyeing that RLCS spot for over a year now and I’m hungry to get back into it. Data, Flarke, and myself are preparing as much as we can for the RLRS qualifiers. RLCS is of course on our radar, but one step at a time. Either way I haven’t felt this comfortable in a team for a long time and that is a promising sign for the future.

We qualified for the RLRS play-ins on March 11th. ? The stream was mental today, loads of you guys came to watch! I really appreciate the support, you’re all nutty. ?

For years you’ve been an active part of the community, especially with the content you put up on your YouTube channel. For the past months your channel became kinda quiet. Any particular reason for that?

I’m just lazy, haha. Okay that’s only half true. Back in October last year I took a hiatus from Rocket League to deal with some long overdue health issues, this included a break from all my content creation and even my Twitter for a while. I only played the first 3 weeks of the Elite Series because of this. It wasn’t a pleasant time for me personally, let me just put it like that. I still have a long way to go, but I’m in a better place now and the 3 month break I took really helped. I’m planning on starting up my YouTube channel again (for the 500th time) and hopefully I’ll keep it active this time, I just wanted to wait until I had moved house first and that I knew exactly what videos I was making, and even have a backlog of videos to upload. It’s coming soon, don’t worry.

Now that you have a new team: How much time will you have in the near future for content creation and streaming?

Time had never been an issue for me. I do this full-time so I have all day to play, stream, and make videos. It’s just been my ability to utilise my time effectively that had been a problem. I’m getting better at this though. I’m playing Rocket League more than ever before at the moment.

Dorian Gorr
Dorian discovered Rocket League when it first came to PS4. He stopped playing after he saw the RLCS for the first time and became discouraged from trying any more miserable Aerials. As a journalist with more than a decade of experience working for many of the biggest German media companies he now lives out his Rocket League passion as Head Editor for Rocketeers.gg
doriangorr
Next Articles
What a beautiful Half Flip Goal!
Sometimes even Own Goals can be amazing…
First Impressions of the Tournament Beta