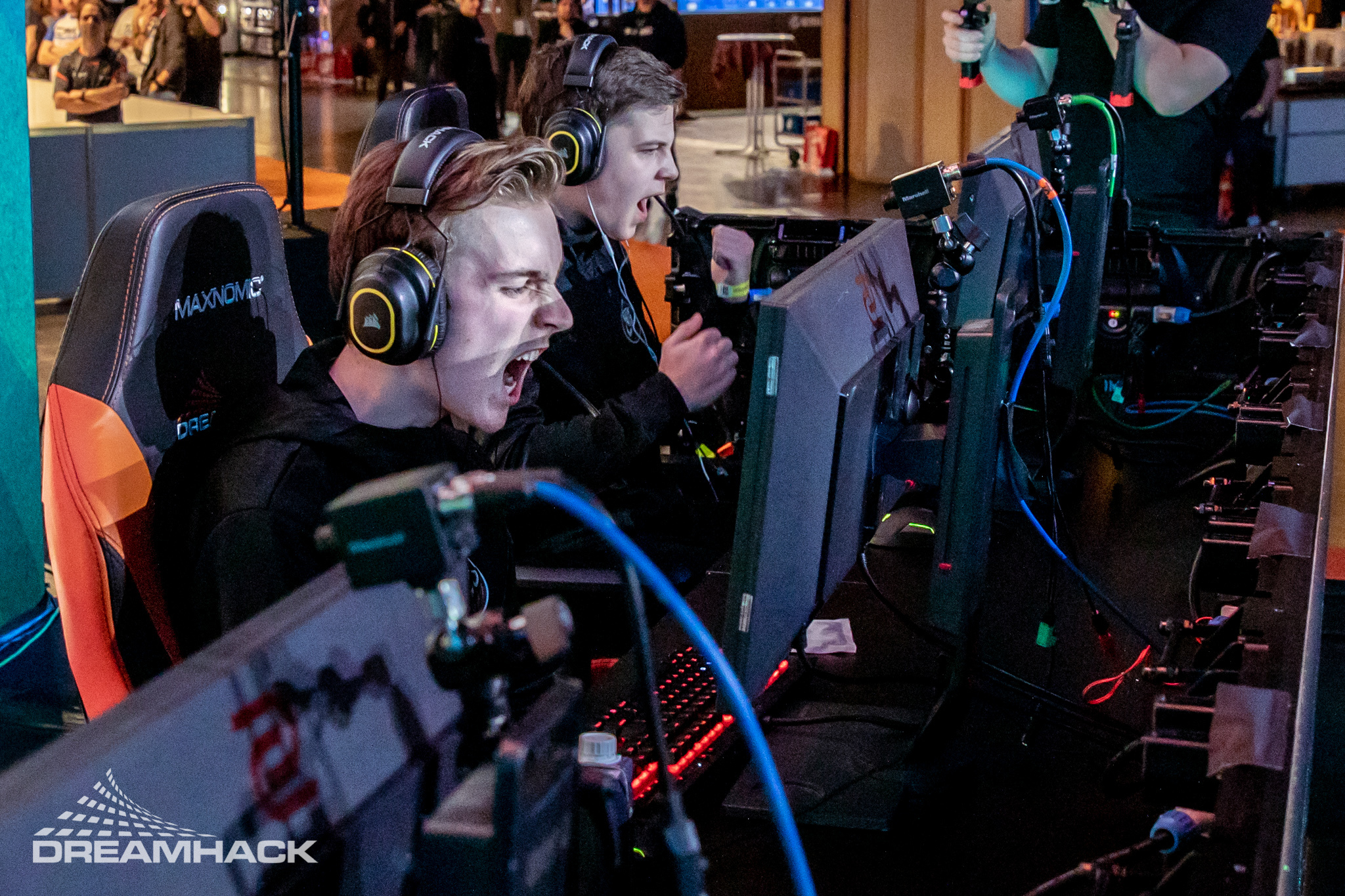 They call him "The Savior" now

If we think about the players who stood out most at Dreamhack Leipzig, one name pops into mind: Tahz. The bubble player from Team Echo Zulu put up a performance of a lifetime. His defensive plays kept his team in the tournament, some of his saves were so insane that parts of the community gave the 19-year-old the new nickname “The Savior”.

From professional player to caster: during the weekend pretty much everybody who watched was stunned at one point or another by the sheer incredibility of Tahz’ goalie plays. In the end he and his teammates Mittaen and ImpacT secured a Top 8 finish – in the most stacked tournament in Rocket League history no less. They swept Evil Geniuses and Ghost and could only be stopped by Dignitas, the team that finally won the entire tournament. No question, Tahz successfully put his name out there, which is why we wanted to check in with the player from the Netherlands to talk about Dreamhack and his insane defensive skills.

Tahz, congratulations on your Dreamhack Leipzig performance. You and your teammates from Echo Zulu went completely insane over the course of these three days and secured a top 8 finish. Are you yourself surprised by your performance?

Surprised, yes, a little, we had no initial expectations going into the games, we just wanted to play and get a high quality tournament experience. Our goal was to upset PSG and see what would happen, so yeah, we were a bit suprised to make day 3, but more hyped than feeling suprised.

“We trusted our practice”

If bubble teams face the big guys they usually show some nerves. You guys on the other hand defeated opponents such as Evil Geniuses or Ghost in a dominant fashion. What gave you the edge over those teams and what did you do to stay calm?

Well, we were still a little nervous, it was our first time on such a big stage, but overall we did a lot of mentality practice and a lot of preparation before playing the games, which allowed us to feel way more comfortable. Main factor was our coach Ryuu. He worked with us and on our mentality a lot, going into the games there was no time getting worried whether we can win or not, we trusted our practice, each other and the coaching we received. We just went from there.

When the ball is blazing towards the top corner of your net in OT, you need the God of Defense himself to save you. Luckily, @TahzRL plays for Echo Zulu, so he did. Crazy save coming literally from out of nowhere here. (via @DreamHackRL) pic.twitter.com/yxYY1VDrY0

How and when did you meet Mittaen and ImpacT, your two teammates, and how would you describe their playstyles and strengths?

ImpacT likes to aggress a lot more than I do, and Mittaen is an overall good allrounder. In general, the playstyle is molded into the team, we try to adapt to each other as much as we can, using communication and experience.

“It could have been anyone”

Twitter was full of people stating that your defensive game in this tournament was just out of this world. Have you always focused on strong defensive mechanics?

I personally haven’t focused specifically on defense. Because of how we scrim, how we practice and what our coach told us it really could have been anyone, we all worked on better defensive decisions and it just happened to be that I was at the right place and at the right time. It could have been anyone. I’m just good at reading people and my reflexes are pretty good, but you can’t really focus on improving both, it just comes by experience and natural talent for reflexes.

An unbelievable save from @TahzRL turns into offense as @TeamEchoZulu advance to Day 3.

We’ll see you tomorrow for the epic conclusion of #DHProCircuit Leipzig!

What makes the difference between a good and a great defensive player?

A good player might just clear it and have no follow-up thoughts, a great player will not only make a defensive decision, but also try to set up a strong follow-up for his team to be able to play better, clear better and rotate from defense to offense.

“We will play RLRS together”

Now that Dreamhack Leipzig is over, you guys can focus on what lies ahead. Will you guys stick together and try to make it into the RLRS?

Yes. We already planned to play RLRS together regardless of the Dreamhack results.

End of a amazing adventure wanna thank everyone believing and supporting us the crowd was insane❤️ ggs @dignitas @Turbopolsa @ViolentPandaRL @YukeoRL go get that bread?

What was for you personally the best moment of Dreamhack Leipzig?

The ending against Ghost to secure Day 3 and hearing the crowd gave us goosebumps. Checking Twitter and seeing my own save – which i didn’t even remember after the game – was insane. Being called Tahz Maniac by pro casters made me feel amazing. Reviewing back how far we came as a team, I’m so proud of the whole squad, and there will be a lot more to come because we haven’t reached our peak yet.

How surprised have you been by Echo Zulu’s performance at Dreamhack? Join our Rocket League Discord server and discuss with the community.