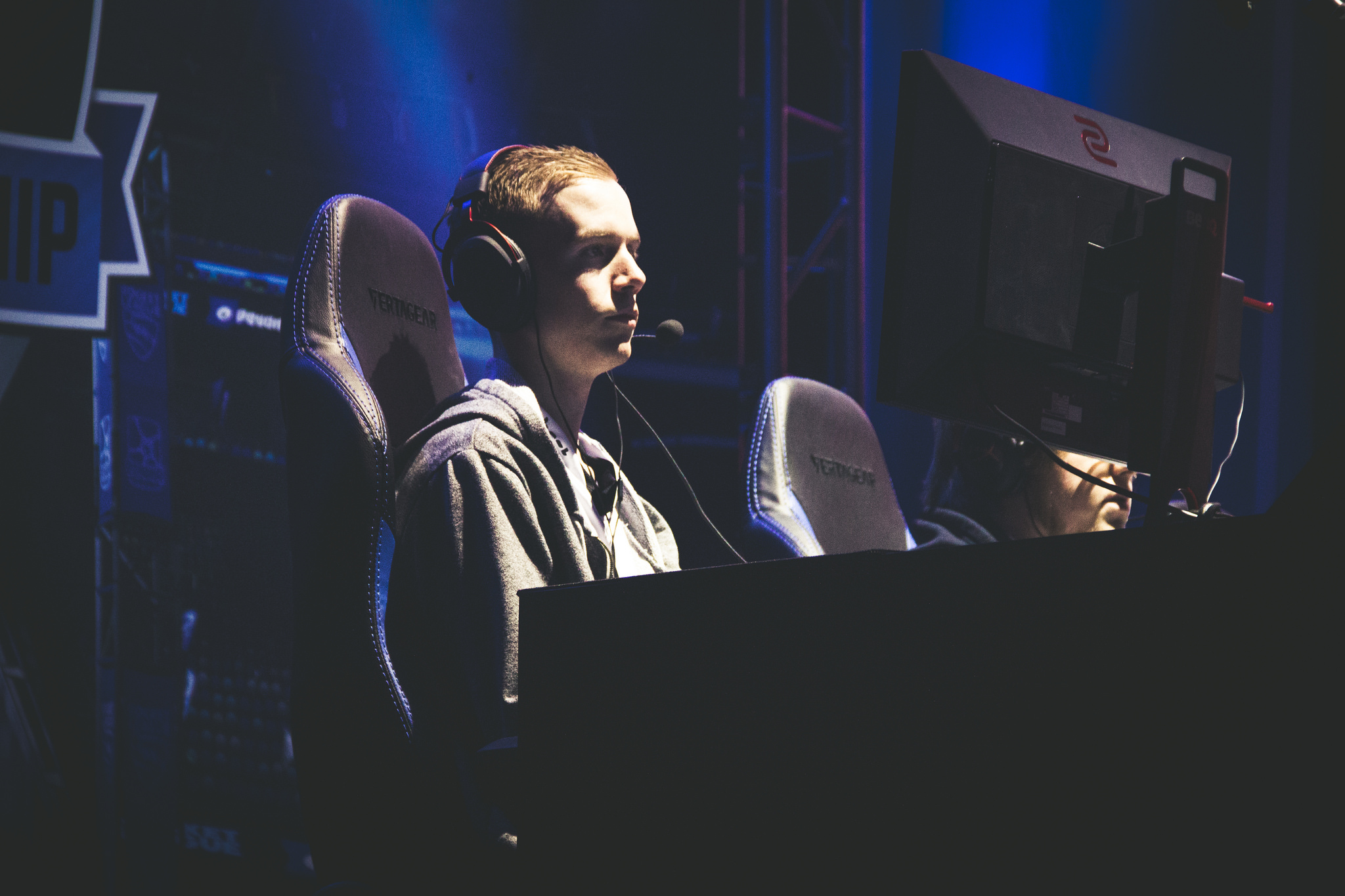 Lethamyr: “Our Chances have definitely improved”

Treyven “Lethamyr” Robitaille has been a rising star in the North American pro Rocket League scene over the last year, proving his own mechanical prowess while gradually elevating his teams in the RLCS rankings. In season three, his Denial Esports team finished 7th-8th at the World Championship, and with Ghost Gaming’s strong run last fall, he nudged up a notch higher with a 5th-6th finish in season four.

At DreamHack Leipzig this weekend, we’ll see a different Ghost roster in action: Lethamyr and Christopher “Zanejackey” Jacobs will play with Matt “Matt” Dixon, last seen with Rogue. Ghost made the news official today, with Jason “Klassux” Klass apparently off the roster as a result. As Lethamyr suggests, they’re very optimistic about their chances with this refreshed trio.

Ahead of the tournament, we asked Lethamyr about bringing in Matt, the rise of midair passing plays, and more.

You’ll be playing with Matt at DreamHack Leipzig. What does he bring to the team?

Matt is an outstanding player who really hasn’t been in the spotlight this past season. I believe the #1 thing he brings to our team is safe aggression, which may sound weird at first. Basically, he fits that aggressive role we need to round out our team, but does it safely and only when he needs to. He’s very smart and knows exactly when to challenge to present a goal opportunity and when to give the opponent space to send the ball right back into our hands.

What’s been the biggest change in your life since you went full-time on Rocket League a couple months back?

On the offseason, I’ve found that overall I’m much happier to put the time into Rocket League, and I’m enjoying the game in a whole new way. Being able to solely play a game for a living is an extremely fortunate place to be, and I’m thankful for everyone that’s helped me get to where I am. I’d say happiness is the biggest change, with more to come—such as more frequent streams once I sort out all technical issues and get a schedule going during RLCS Season 5.

We’ve seen you involved in a couple of incredible midair passing plays. What’s the trick to nailing that kind of shot, and how prevalent do you think those will be in the pro meta in the coming months?

I’ve always been an advocate for safe gameplay, and consistency is the key to mitigating risks as a team. Midair passing plays aren’t as risky as they seem if you have very consistent aerial mechanics, but trust is the biggest obstacle.

Zanejackey and I like to go into private lobbies together and pass as much as possible, and at times he floats in midair—and I’m starting to hit him every time. I wouldn’t be surprised if you see some of this in the upcoming League Play of RLCS Season 5 once we’ve perfected it.

“It was a different experience than anything I’ve done before”

You were recently in Scotland for The Twelve Titans LAN, but it was recorded and will be edited and posted later. How did it feel to play in a bubble like that with everything so hush-hush?

Twelve Titans was a very different experience than anything I’ve done before. I’ve been to Scotland before for my Highland dancing, but it felt very strange to be over in the highlands without my kilt. All the competitors were super supportive of each other, and it was a blast to be able to silently watch the perspectives and reactions of each player during each game. I know it’s cliché, but you could’ve cut the air in the room with a knife.

Having it air later doesn’t really impact me; just makes me excited to view the tournament in a whole new way. Knowing the end result isn’t a big deal, because the production will be top-notch and that’ll be more than enough entertainment for me.

We’ve seen a pretty significant roster shuffle in NA so far this offseason. Given all the movement, how do you feel about Ghost’s chances in the next RLCS season?

Ah, the infamous NA shuffle. Not as big of a shuffle as we’ve had in the past, but it’s there nonetheless. I’d say we’re in a pretty comfortable position, but you never know with Rocket League—anyone can beat anyone. Having changed up our roster for the better, we feel our chances have definitely improved moving into [RLCS] Season 5, and look forward to showcasing what we’re capable of.

Andrew Hayward
Andrew is the Lead Editor of Rocketeers, and has been covering Rocket League esports since RLCS S1 for publications such as Red Bull Esports, Esports Insider, The Esports Observer, and Waypoint. He is also currently the Content Lead for The Esports Journal magazine and has written about games, gadgets, etc. for 100+ publications since 2006.
ahaywa
Next Articles
These 4 Teams might surprise you at Dreamhack Leipzig
Meet Team Veritas, Europe’s Underdog Threat at DreamHack Leipzig