The Pittsburgh Knights stormed the competitive Rocket League scene over the last few months, going from a promising Rival Series squad into one of the leading forces in North America.

But rather than try to ride that winning momentum into Season 9, which begins league play in a matter of weeks, the Knights have made a change: out goes Nicholas “Mist” Costello and in comes Rogue’s Austin “AyyJayy” Aebi, a three-season RLCS veteran. He will play alongside Slater “retals” Thomas and Jirair “ExplosiveGyro” Papazian as they try to stay hot in a rapidly changing North American scene.

Why the surprising swap, and what will this team look like with AyyJayy onboard? We spoke with AyyJayy and ExplosiveGyro to get their take on the Knights’ big move.

Mist himself had only joined the team in July following The Peeps’ promotion from the Rival Series, and they rapidly found success together. However, as Knights coach Julian “Moopy” Amador explained in a TwitLonger following yesterday’s announcement, Mist wanted to test the waters elsewhere.

According to Moopy, Mist inquired about his buyout during the RLCS Season 8 regular season and suggested he would only consider leaving if they didn’t make the World Championship. After their solid performance at Worlds, Moopy says that Mist told his teammates that he had been asked to try out elsewhere and wanted to get their OK. 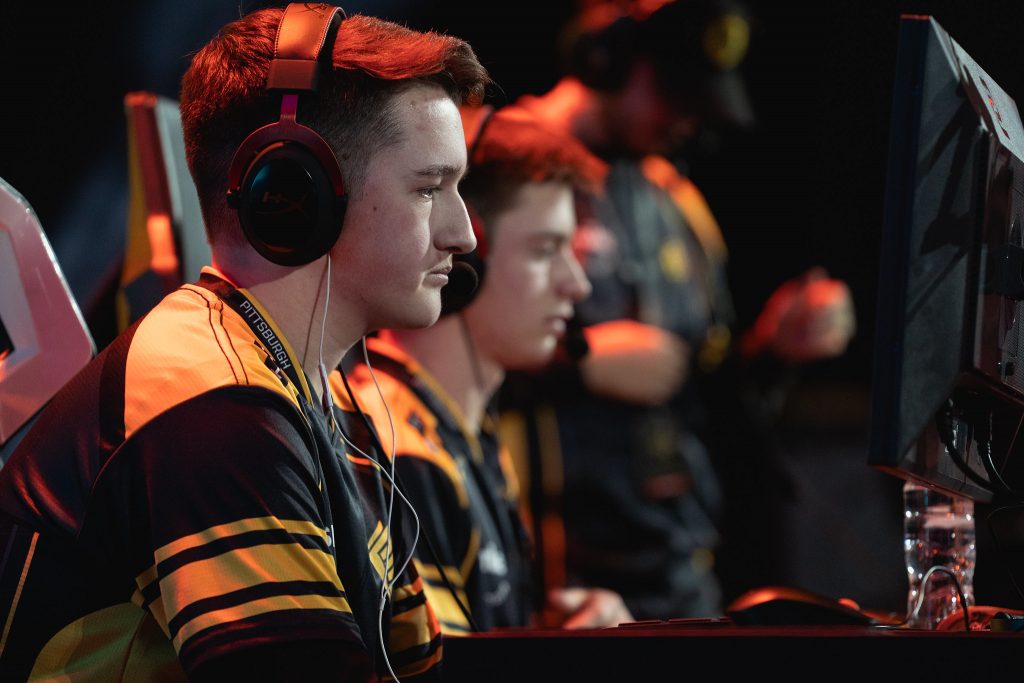 “Retals told Mist that he can go try out with a different team if he wants to, but in doing so he’s risking his spot on our roster even if he doesn’t get their spot,” Moopy wrote. “Gyro and I agreed to these terms, as there was no way for us to let Mist try out with another team without trying out potential replacements ourselves.”

Gyro tells Rocketeers that they tried out three different players, but that AyyJayy was clearly the best fit for potentially filling Mist’s role. “AyyJayy was the perfect fit from the beginning,” says Gyro. “Not only was he our best friend out of the other tryouts, but his mechanics and rotations with us are so smooth.”

Moopy’s post said the team “decided that there was no turning back” after the strong scrims with AyyJayy, so they went ahead with the signing. Mist, who played for Birds (now eUnited) before joining The Peeps/Knights, now sits on the team’s inactive roster ahead of a potential trade or release.

Mist was rumored to be scrimming with Cloud9 during the offseason, given that RLCS championship-winning team’s recent struggles, but Cloud9 recently announced that it won’t make any changes for Season 9. It seems certain that Mist will end up somewhere for Season 9, given his immense success with the Knights last season. For now, however, Moopy and Gyro paint a picture of their teammate taking a big gamble… with currently unclear results on his end of things.

“Mist left for another opportunity, knowing that he would risk his spot on the team in doing so,” ExplosiveGyro tells Rocketeers. “Not too sure what the issue was with the team since he claimed everything was good, but I guess he just likes hopping from team to team. I don’t know.”

AyyJayy has been spoken of in the same breath as some of Rocket League’s elite, but to date, his teams haven’t consistently lived up to that promise. He came up with FlyQuest, promoting out of the Rival Series and joining the RLCS for Season 6.

Finishing 5th/6th in North America that season, they didn’t make it to the World Championship—but they did find a brighter spotlight as Rogue acquired AyyJayy and Nicholas “Wonder” Blackerby from FlyQuest, and then added former RLCS World Champion Cameron “Kronovi” Bills as their new third. Their initial synergy was rough, however, leading to a 2-5 league play record—but they got hot at the right instant and earned a trip to Worlds in the regional championship. 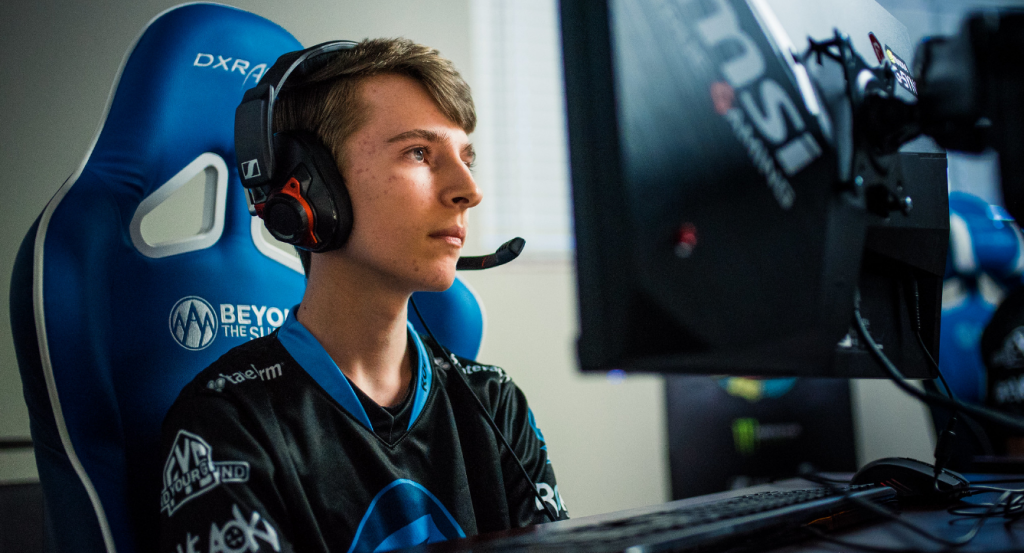 Expectations for Rogue were thin at the World Championship, but they handily won their group and then beat Triple Trouble to ultimately claim a surprise 3rd/4th finish. It seemed like Rogue might have overcome initial chemistry/play style issues to become a solid NA contender. But when RLCS Season 8 came around, Rogue wasn’t much better than the previous regular season, and this time around, they couldn’t secure the return trip to Worlds.

“On Rogue, we knew something wasn’t working,” AyyJayy tells Rocketeeers. “I felt it was best to pursue other options, and I had a great opportunity at the Knights with an amazing org and players.”

ExplosiveGyro spoke highly of Mist’s skills when we interviewed him back in November, but now he sees AyyJayy as a potential upgrade over his former comrade. “AyyJayy is like a more mechanical Mist, in my opinion,” says Gyro. “His comms are good, and we can always trust him to keep the ball close and not throw it away. I’m really excited for the upcoming season with AyyJayy.”

.@AyyJayyRL WHAT WAS THIS? ?#RLCS8

Along with Spacestation Gaming and eUnited, the Knights shook up the meta last season with extremely aggressive play; what Gyro said in November was due in part to their “ability to be annoying.” It’s part of what caused veteran squads like G2 and Cloud9 to struggle, as Cloud9’s Kyle “Torment” Storer told us following last season’s promotion tournament.

AyyJayy sees himself fitting well within that approach, but will it be enough to keep the Knights in the upper echelon of North America, let alone able to finally take out the reigning champs in NRG?

“Obviously Knights are known for their hyper-aggression and demo plays, which works perfect for my playstyle—I’m known for being a fast, mechanical player,” AyyJayy concluded. “I know we will achieve great things on this roster.”