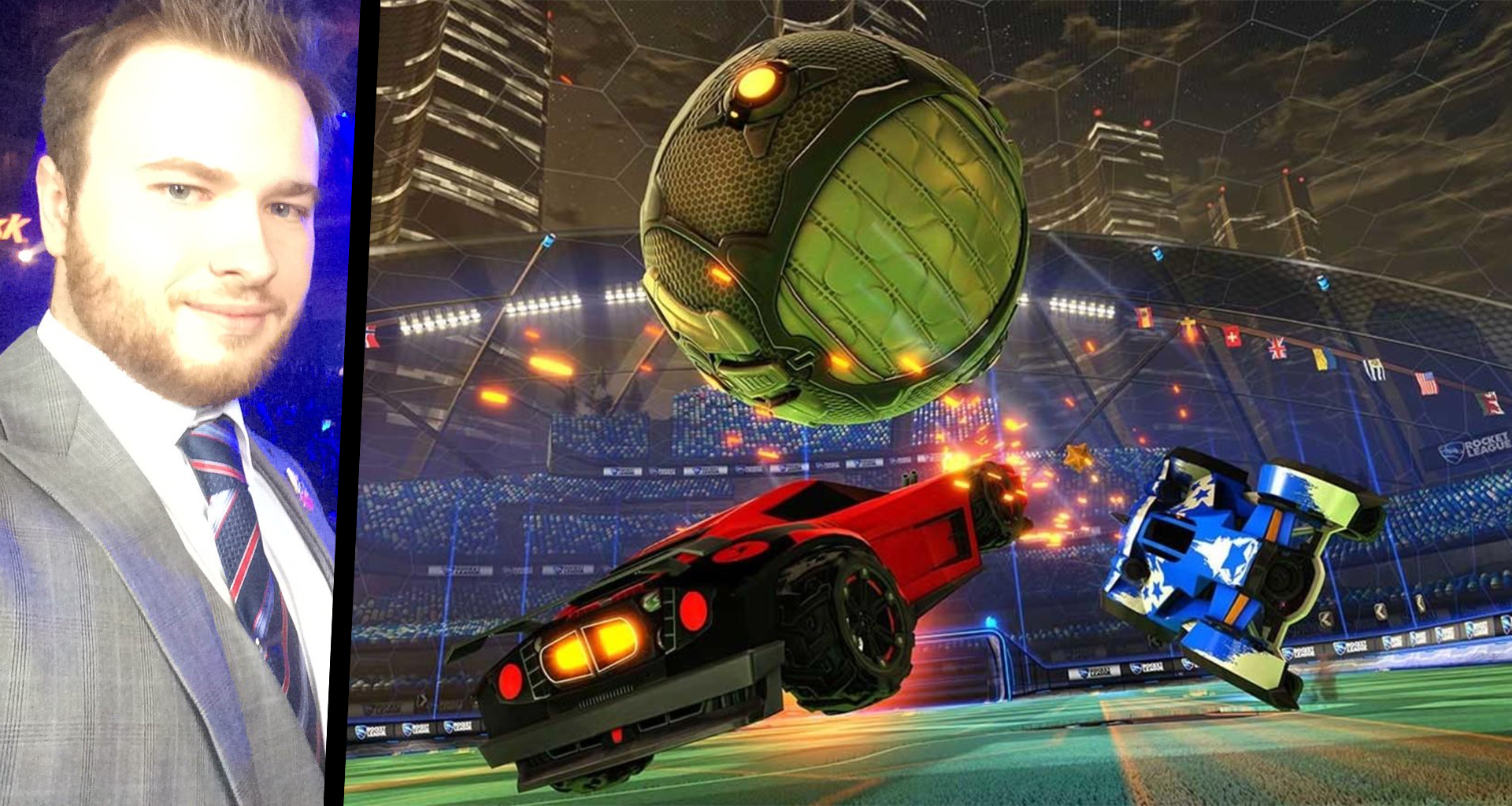 “THIS IS ROCKET LEAGUE!”

There are few casters who can commentate Rocket League with as much passion as Callum “Shogun” Keir. Sadly, we won’t hear the British caster during League Play of RLCS Season 6. As Shogun announced via Twitter, he has some VISA issues that make it impossible for him to join the rest of the RLCS crew in the US.

We reached out to Shogun to talk about this, and of course to discuss his iconic one-liner that granted him Rocket League immortality.

I was sad to hear that you’re not casting League Play in the upcoming Season 6 of the RLCS. For those who might not have read your Twitlonger, please explain: What is the reason for this?

For those that don’t follow me (@callumtheshogun by the way): I’ll be missing this season due to VISA issues that we are currently working to get sorted out.

Missing This Season of RLCS

Your announcement specified that this concerns League Play. Does that mean that there’s a chance that we see you at Worlds nevertheless, even if they’re taking place in the US?

Ahaha, people have sort of picked apart that part of the twitlonger. Unfortunately I don’t have a timeframe for anyone, but I won’t be back until the VISA is sorted. Preferably that will be sooner rather than later.

You’ve been around the RLCS since Season 2, if I recall correctly. It will be strange to not see you behind the desk in Season 6, and I imagine many fans feel the same. How did Psyonix react when they learned that you won’t be available for the next season?

Psyonix have been very supportive so far. I’m sure I gave them a bit of a panic since I only informed them about a week before I put out the twitlonger, but they’ve got a lot of talent around them that I’m sure can help out. I think I’m gonna miss the desk more than any viewer is gonna miss me. Despite it always being hard to spend nearly two months away from home for each season, and even if this ends up being a short term issue, I’m gonna miss it.

You’ve clearly left your mark as a Rocket League caster, especially with your “THIS IS ROCKET LEAGUE” shout in the Grand Finals in London – which was just a perfect line for this intense moment. Did you anticipate that this line will stick with people, and be something that’d be turned into some sort of a proud meme of the Rocket League community?

Firstly to the people I play in ranked: That meme is reserved for 0 second goals only, not the first kickoff.

To be honest, I didn’t think much of it, I was actually much happier with the “Turbooooooo” call that ended the overtime. Then the following day I saw that Gfinity had made a video about it, and then a Reddit thread was created, and it just kept going on. I’ve never been more excited than I was when I heard it being used for the S6 Announcement Video, that was bloody awesome.

During the moments before the goal you can here me constantly trying to set up for whatever I was supposed to say after the game was over, but NRG refused to let it touch the floor which left me completely tongue-tied. I’m glad no one seems to remember the terrible commentary that came before the JSTN goal.

“My stream is my biggest project”

What other projects will keep you busy in the upcoming month?

For the time being my stream is about to become my biggest project. My lad RahJuice has produced a kickass graphics pack that I’ve been using for the stream. The work he’s managed to pull off is incredible. Apart from that I don’t really have much else going on. I’m trying to keep myself busy, and streaming lets me sink a bunch of hours into something.

You mentioned that you want to focus on pushing the European scene. What are the biggest challenges for the European community, and where do you see it headed?

The European scenes main challenge is how many unbelievably talented players are out here. I’d love to be able to help showcase them even more to a wider audience, but that in itself is a challenge. In order for a scene to keep itself stable with this much talent you need a whole host of events, but these guys have only got so many to participate in and they’re so talented that no one can place consistently high enough to stay safe. Whilst I don’t have the skills required to create these events, I’m more than happy to help anyone who does.

“There’s a few games that have caught my eye”

You’re obviously a professional Rocket League caster. But with more and more esports games popping up, and publishers investing money into esports structures and broadcasts, most casters focus on more than just one game. Take Findable Carpet for example who is currently heavily engaged in the rising scenes of Battlerite and PUBG. Is there another game that you’ve set your eyes on, and that you’d like to cast professionally?

There’s nothing yet that’s caught my eye like Rocket League did. The main thing people praise about my commentary is my passion and if I’m not feeling that level of passion for a game, I won’t be able to replicate anything like what I do for Rocket League. There’s a few games that have caught my eye, but I haven’t played them enough to fall truly in love yet.

Will RLCS without Shogun be the same? Head over to our Rocket League Discord server and discuss this and all other things with our community.

EyeIgnite: “I never said I was gonna quit”