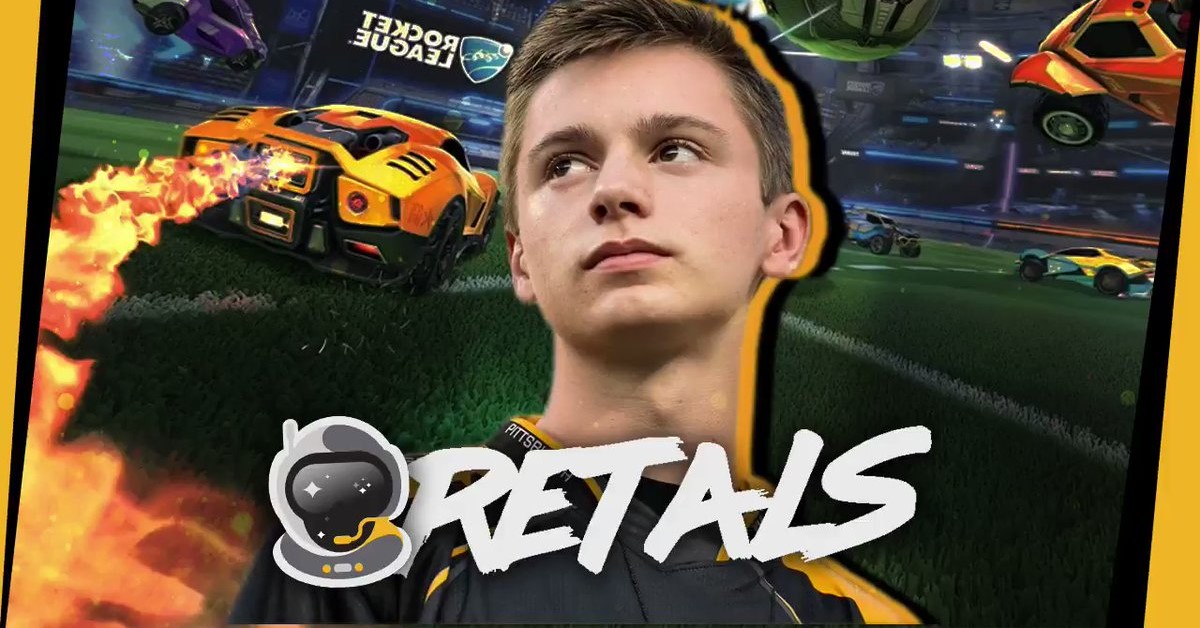 Spacestation Gaming started the RLCS X Fall Split as the best team in North America and finished on top too, taking out NRG to win last weekend’s Fall Major in decisive fashion.

SSG has been one of NA’s elite teams over the last year, including a Top 4 finish at Worlds in RLCS Season 8 in Madrid and finishing 2nd in NA in Season 9. But Spacestation has rocketed into another stratosphere for RLCS X, and it comes on the back of signing Slater “Retals” Thomas during the offseason.

The former Pittsburgh Knights standout was known for his aggressive play with PK, and now paired with a pair of mechanical masters in Caden “Sypical” Pellegrin and Tshaka “Arsenal” Lateef Taylor Jr, they’ve collectively taken things to another level against NA’s best.

Following the Fall Major victory, Rocketeers caught up with Retals to get a view into their mentality during that winning run, why he signed with SSG, and the perks of moving in with Arsenal in Miami during the split.

Rocketeers: How does it feel to be the NA champs for the first split?

Retals: It was something I was expecting coming into the season with Spacestation. We had really high expectations, so we’re not extremely surprised, but we’re definitely satisfied with our performance.

You guys were down 3-2 against G2 in the semifinals, but managed to shut them out the last two games. Did you change strategy at all to finish out that series?

To be completely honest, it was kind of just a mental game against G2. We had the skill to beat them, but for some reason, we were getting in our own head just trying to change our playstyle when it was already working. So it was kind of just: Hey guys, let’s just calm down, let’s do what we were doing earlier and beat these guys the next two games.

Were you feeling confident going up against NRG in the finals?

Oh, we’re super confident against NRG. This split, we’re 8-1 against them or something, so we’ve just had their number. I’m not really sure what it is, but that is probably our most confident team to play against in the Top 5 or so.

What do you think makes your team so effective together?

I think it’s the fact that Sypical and Arsenal play more than anyone else. They’re super-effective players just on their own, and it’s weird because they play a lot of 2s, right? Their playstyles kind of incorporate 2s more than anyone else, and I feel like that gives us an advantage somehow. Don’t ask me why, because I have no idea, but I feel like it really does help.

And how do you fit into that, then, if they have more of a 2s mentality?

My playstyle is to score when able to, but mostly just create space for them—let them do whatever they can, steal the other team’s boost, make them super awkward, and get in their heads. That’s kind of always been my playstyle on this team, and it works really well. That’s what I like to do. I did it on PK and old Peeps, as well, so it’s kind of just that I’m getting in the other team’s faces—and making their jobs harder and my teammates’ jobs easier.

Are you expecting any roster changes from the other big teams in NA before the next split?

I could see some changes with Rogue or maybe Envy, but I don’t think so. I think the trade window is too short to really have any big changes, because contracts take a lot to set up, but the next split I think there will be quite a few in NA.

So how did you end up coming to Spacestation Gaming in the offseason?

This offseason was interesting. I’ve talked about it quite a few times, but I tried out with five or six teams. Near the end, probably three weeks before the trade window, I was super demotivated and wasn’t playing the game at all. I wasn’t getting on my PC; I was just hanging out with friends.

I was on 25 hours the past two weeks when Sypical messaged me like, “Yo, what’s up? We’re replacing AxB, do you want to try out?” And I dropped everything and started grinding the game as hard as I could, and that was basically it.

I’ve been really close with Sypical and Arsenal, and I’ve always begged them to try me out: Like, “Give me a tryout, it’ll work. We will be the best team in the world, just give me a tryout.” And I never shut up and it finally happened. I was very grateful.

Stoked to team with the best player in the world and one of my best friends in Sypical/Arsenal, while representing one of the best orgs in esports. https://t.co/y7acarSCAh

Were you actively looking to leave the Knights?

It wasn’t that I was actively looking to leave the Knights as a team. I had a few misunderstandings with the org, and I wanted what was best for me, and I wasn’t sure that staying on PK was that.

Can you tell me a bit about moving into a team house with Arsenal?

Arsenal wanted to move out and I wanted to get away from Virginia for a bit—get away from my friends and be able to focus on Rocket League for this major, because I really wanted to do well with it. Arsenal is one of my best friends and Miami is a super-cool place, so it kind of just all fit.

Do you find that living with your teammate provides any kind of advantage?

I definitely think it makes an advantage. I feel like, obviously, you guys get closer and you get to play more Rocket League, but it’s a weird bond that you get from living and hanging out with them everyday. I would definitely recommend it to any team that’s looking for it.

How do you like the RLCS X format so far compared to the old structure?

I actually love the new format. You get to play a lot more Rocket League, so that’s always a positive, but other than that, the last format was super small. You didn’t play many games. You’d practice a full week, three hours a day, for a 30-minute match. There wasn’t really much incentive, I guess.

Do you have any predictions for the Winter Split?

I feel like Rogue is going to come out hot in the Winter Split. I feel like Soniqs are also going to do a great job. I feel like a lot of the 8th-12th place teams that make roster changes are going to be really good this season—but I do expect to win it again.