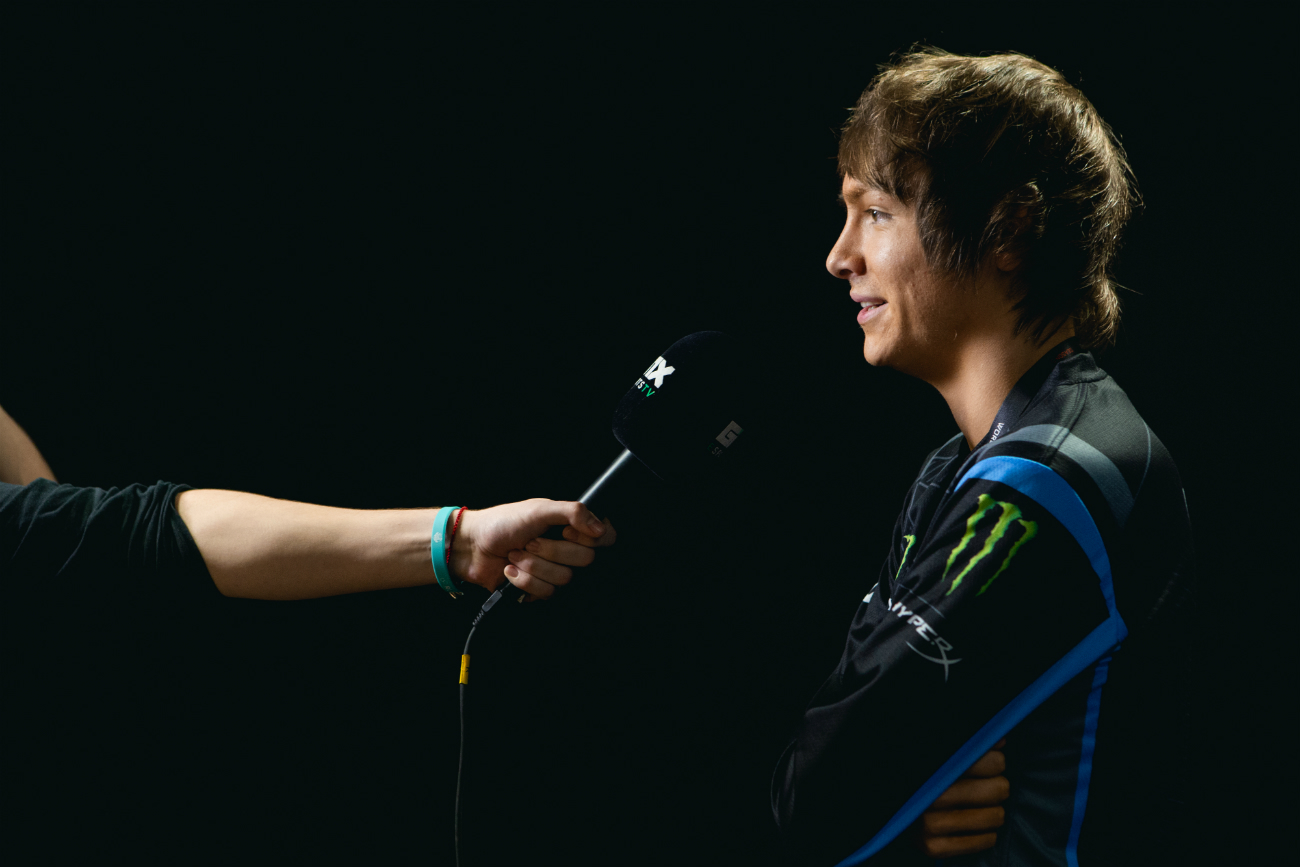 A couple of days before the roster lock, the news dropped that Team EnVy Us, short Envy, will drop their long-standing Rocket League roster. Now the team of remkoe, EyeIgnite and Metsanauris (who just joined for this season) is orgless and looking for a new home. We spoke with remkoe about the surprising news and what his plans are for the future.

Hey remkoe, a couple of days ago you published a tweet announcing that Envy has dropped you and the rest of the Rocket League roster. Now that a few days have passed, how are you guys doing and how do you feel about that decision?

We’re doing alright, we were told we were getting released a couple weeks before we announced it so we’ve been dealing with it for a while, currently just talking to orgs and getting ourselves a deal we’re satisfied with.

How and when did you learn that Envy wants to pull out of Rocket League esports?

Somewhere mid-July. They are still very much interested in Rocket League as an esport but their ownership group is heavily in favour of respositioning all their teams to North America, more specifically close to Dallas. Nearing the end of our contracts they asked us if we could move to Dallas and compete from there, it makes it easier for them to give us what we’re looking for. This obviously wouldn’t work because we’d lose our RLCS spot and have to risk throwing away a season to go through NA RLRS and qualify for RLCS the season after. It wasn’t something we were interested in at all.

“Envy asked us if we could move to Dallas”

Did you suspect that something was up in the weeks before their decision or did it come out of the blue?

Out of the blue for sure. They gave us an offer no more than 2 weeks before telling us the news. While their new offer wasn’t bad, we wanted to wait and see if there was any interest from other orgs, who could potentially offer more. As a few weeks passed we were told their last offer was off the table, it wasnt favorable for them to continue with a European team after the rising salaries in the scene. Unfortunately this was the offer we were able to fall back on if things didn’t end up working out.

You guys had a strong season, finished league play on 3rd place and went on to participate in the World Championship. From the outside it just seems strange that an org wants to lose such a talented team. Do you feel that your performance had anything to do with their decision?

Before knowing their ownership group wanted to continue with teams exclusively in North America, they were actually very interested in resigning us and supporting us for at least another year, despite our lacking result at the World Championship. I’m sure if we got close to winning they wouldn’t have let us go so easily.

“Deevo has been a great teammate”

For this upcoming season you will team up with EyeIgnite and Metsanauris, who is new to the line-up and the replacement for Deevo. What led to the decision to bring in Metsanauris for Deevo?

While Deevo has been a great teammate, EyeIgnite and I felt like he still lacked the dedication and motivation that he had back when he first joined up with me after season 2. Deevo always showed up for scrims when we asked him to, so we definitely weren’t in a bad situation like some of the NA teams were where people just didn’t show up to practice at all, but with Metsanauris we feel like we can practice more efficiently and have a lot more potential.

Appreciation tweet for @gReazymeister and @nV_Deevo, loved having you on the team and while we may not have gotten the results we wanted it was always great fun playing alongside you two. Here’s hoping we all find success in our own way

In how far will your playstyle change with Metsanauris on board?

I won’t straight up talk about things we are working on, the public will get to see how our playstyle changes in tournaments/RLCS, if it ends up changing at all.

I assume that you’re already looking for a new organization to represent during RLCS S6. Are you already in contact with some or are you just trying to figure out your next steps?

We’ve been figuring out our next steps since we came back from Worlds, and it has been an extremely slow process. We were both talking to Envy and potential new orgs at the time. Now we’ve obviously been focusing on getting ourselves a new home. While the community would love to see some of the biggest orgs enter the scene, most of them are currently only focused on Fortnite, and I wouldn’t expect them to enter anytime soon. The increased prizepool for the RLCS definitely helps with things but Rocket League is in a tougher position than it was half a year ago, and Fortnite’s boom is definitely the main cause.

What is your opinion about Envy’s decision? Join our Rocket League Discord server and discuss it with the community.

Lead Image: remkoe getting interviewed at the World Championship in London, Credit: Psyonix

Interview with Mousesports’ Alex161: “Our goal is to make Top 6 in the RLCS”