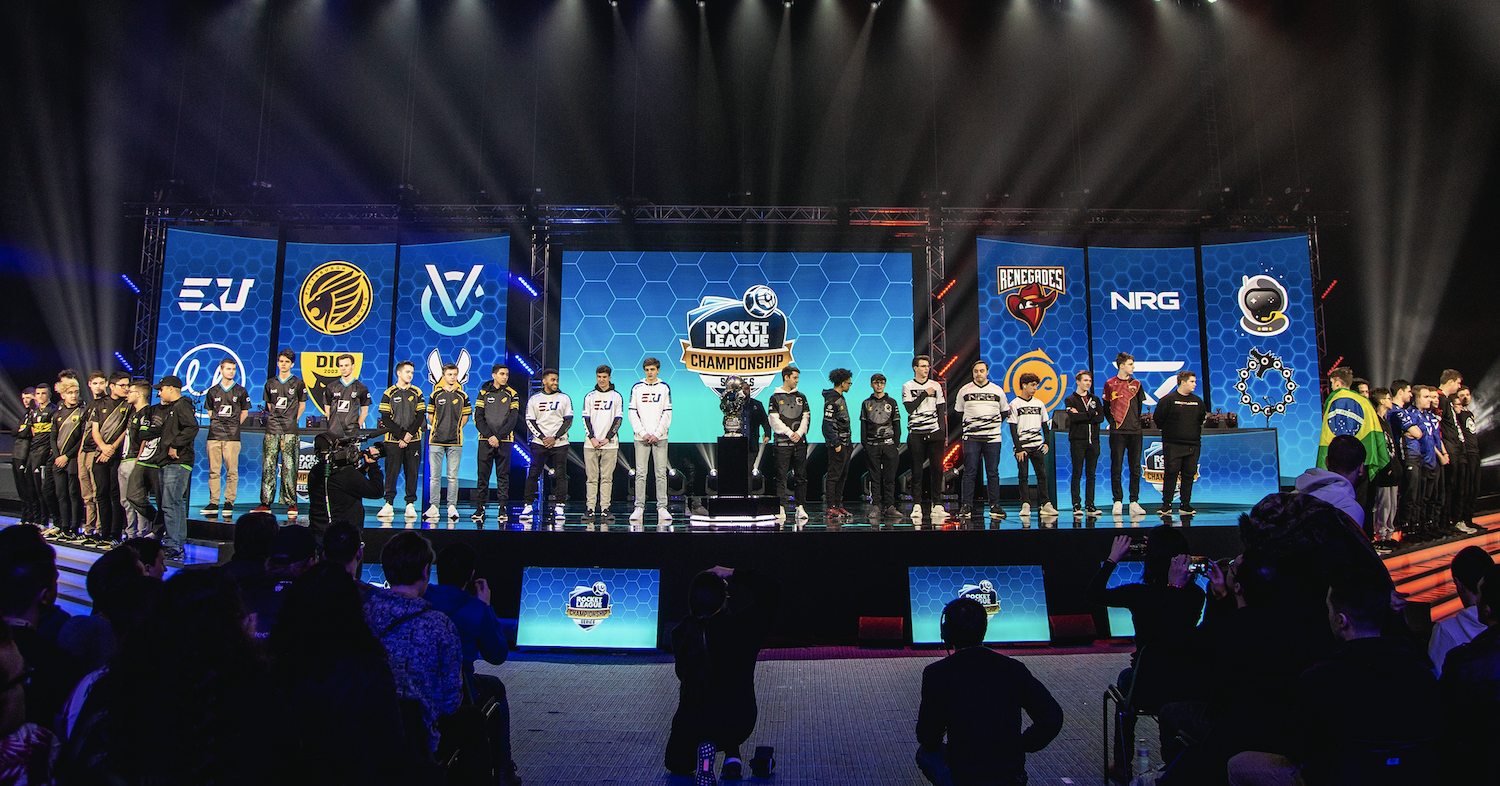 As announced at the event, RLCS Season 9 will start sooner than usual, with Rival Series open qualifiers kicking off in January ahead of RLCS league play beginning on February 1. And as the RLCS season winds down, the International Olympics Committee-backed $250K Intel World Open tournament will spin up, with the finals taking place in Tokyo. 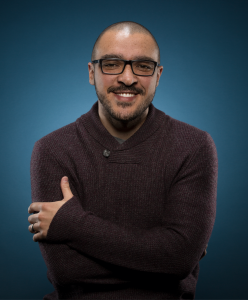 “This is a little bit out of the ordinary for us,” said Watson during a roundtable interview in Madrid, in response to a question from Rocketeers. “Usually there’s a little bit longer of a break, and we start closer to mid-February/March, but we have the incredible opportunity to participate in the Intel World Open. We’re extremely excited about doing that.”

“In order to make sure that we could allow teams to focus on those team compositions for each tournament, and make sure that we could focus on each tournament properly, we decided to move the season up a little bit,” Watson continued. “We can make sure the normal team compositions can continue to practice and really focus, and then they can shift gears and start to practice with national teams, for instance. We have a lot of teams that span different countries, so we wanted to make sure we weren’t having them split their time. We just didn’t think it was fair to them.”

The Intel World Open will focus on national teams from various regions, and it could potentially show the world which regions have enough competitive depth to contend in the RLCS. North America and Europe are the two primary powerhouses; meanwhile, Oceania was added in Season 3 and produced a Top 4 Worlds team in Season 6 (Chiefs Esports Club).

South America was added in Season 7 and may be on a similar arc as Oceania, as this World Championship saw the region’s Lowkey Esports notch a win on the Worlds stage and convince some doubters in the process. The SAM region’s addition to the RLCS came after a period of investment by Psyonix in supporting local tournaments and organizations. We asked Watson where the next potential targets could be in terms of RLCS expansion.

OUT OF THIS WORLD ?@tander_98 buries an absolutely sick shot to help secure South America's first win at the #RLCS8 World Championship! pic.twitter.com/yIjhR43ENh

“When you look at Asia broadly, you have some pretty huge markets, right? Obviously, we’ve released the game—we put out the game in China with our partners at Tencent. China’s a huge market—a huge, really excited esports market,” said Watson. “Our partners at Tencent obviously have a lot of experience in esports as well, so that’s one of those areas we are looking at with our partners, on what’s the best way to approach esports for Rocket League in China.”

“On the broader way that we look at things, I think there’s an immense amount of potential in the Southeast Asia region,” he continued. “We have amazing players out of Japan who do some of the most incredible things I’ve ever seen. I think we are generally interested in trying to figure out ways to make this a truly global sport. We’re always looking at those things. There are, as we’re based in the States, some practical things that we have to work through when we’re bringing in other regions, but we’re always looking at these other regions and trying to assess how we can support them properly.”

There won’t be any additions for RLCS Season 9, but Watson said his team will be taking a hard look at what various regions do at the Intel World Open—specifically calling out Southeast Asia and Japan—as they consider future RLCS plans.

“We’ll have the opportunity to see teams from those regions, including Japan, which is gonna be super exciting—because I think that gives us an example of what the Japanese players can do on a world stage, and they’ve definitely been grinding,” he said. “They have an amazing community. That will also be a great opportunity to show the world what the Southeast Asian region is all about.”

Between RLCS Season 9 and the Intel World Open, there may not be much room for other events in the first half of 2020. “Our big focus right in the beginning in the year are those two huge initiatives,” said Watson.

What about DreamHack, then? The four DreamHack Pro Circuit events were highlights of 2019, delivering exciting majors during lulls in the RLCS action, awarding $400K in total prizing, and setting up storylines all the while—such as The Peeps winning DreamHack Montreal before announcing their Pittsburgh Knights signing and storming through the NA RLCS. If there are any other events coming in 2020, whether from DreamHack or other third-party organizers, they probably won’t come until later in the year.

“I think they were phenomenal,” said Watson about the DreamHack Pro Circuit events. “They produced some of the best storylines for Rocket League esports in 2019, and even before, in 2018. They’ve been producing incredible tournaments, and there’s really something to be said for coming for a weekend and laying it all on the line. I love league play, but there’s also something to be said for these majors—you come in and get it all done. I think it’s really exciting.” 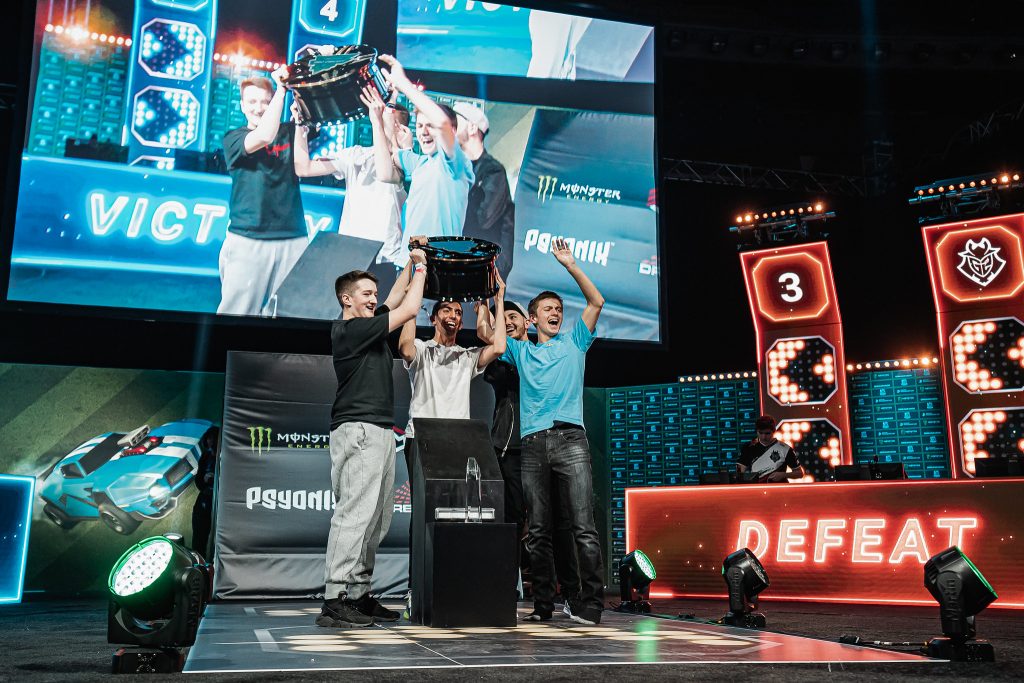 “In terms of future plans, like I said, this stuff we’re really excited about in the first part of the year, those two big events—that’s what we’re really focused on,” he continued. “As we look at the second half of the year, there’s a lot of potential opportunities out there. We’ll have some more information on what that looks like soon.”

Watson also explained that Psyonix’s community tournament guidelines—which include limitations on prizing and other details—are meant to ease the process of independent organizers putting on their own events. However, he said, they’re always open to working with prospective partners on events that work outside of that ruleset.

“We always want to talk to people. If the community tournament guidelines don’t work for you, reach out to us, shoot us an email—we’d love to talk through what you’re trying to do,” he said. “That’s a point that I just really want to hammer home. We love community tournament organizers. We want to work with you.”

He also said that there’s a lot that can be done with creating opportunities for bubble players. Psyonix introduced the Rival Series tier below the RLCS to give more players high-level competitive opportunities, and has since expanded the number of teams in both the Rival Series and RLCS itself. Even as the goalposts shift, however, there will still be players on the outside, looking in.

“There’s always going to be players that are just outside of the system, and that is absolutely something that I think we have to look at and make sure that we’re supporting properly,” Watson told Rocketeers. “That’s just always going to happen, so it’s really about: How can we make sure that players are getting that experience so that they can come and really be a force in these systems like the Rival Series and RLCS? I think that’s something that we’ve definitely been considering, and it’s just about making the right choices for the way that our game works.”

Eight seasons and four years in, the Rocket League Championship Series has grown from an upstart league into a proper esports fixture, with the Season 8 World Championship notching record peak viewership tallies. Watson and his team have helped guide that evolution, initially alongside Twitch as a partner and then eventually fully in-house, and he says it has been “amazing” to see.

“It’s really rewarding to see not only the fans continuing to come out and support it, but continuing to be excited. It’s becoming a community of its own, and they’re coming up with chants and songs, and there’s camaraderie and friendship. It really starts to feel a lot like a reunion whenever you come out to one of these,” said Watson in Madrid. “And then on top of that, behind the scenes, I’ve had the pleasure of watching these young men and women grow up and become really fantastic people. It’s been really cool to know that I got to be even a part of that, even in the slightest. It’s just been an incredible experience.”

The best moments from the RLCS Season 8 World Championship