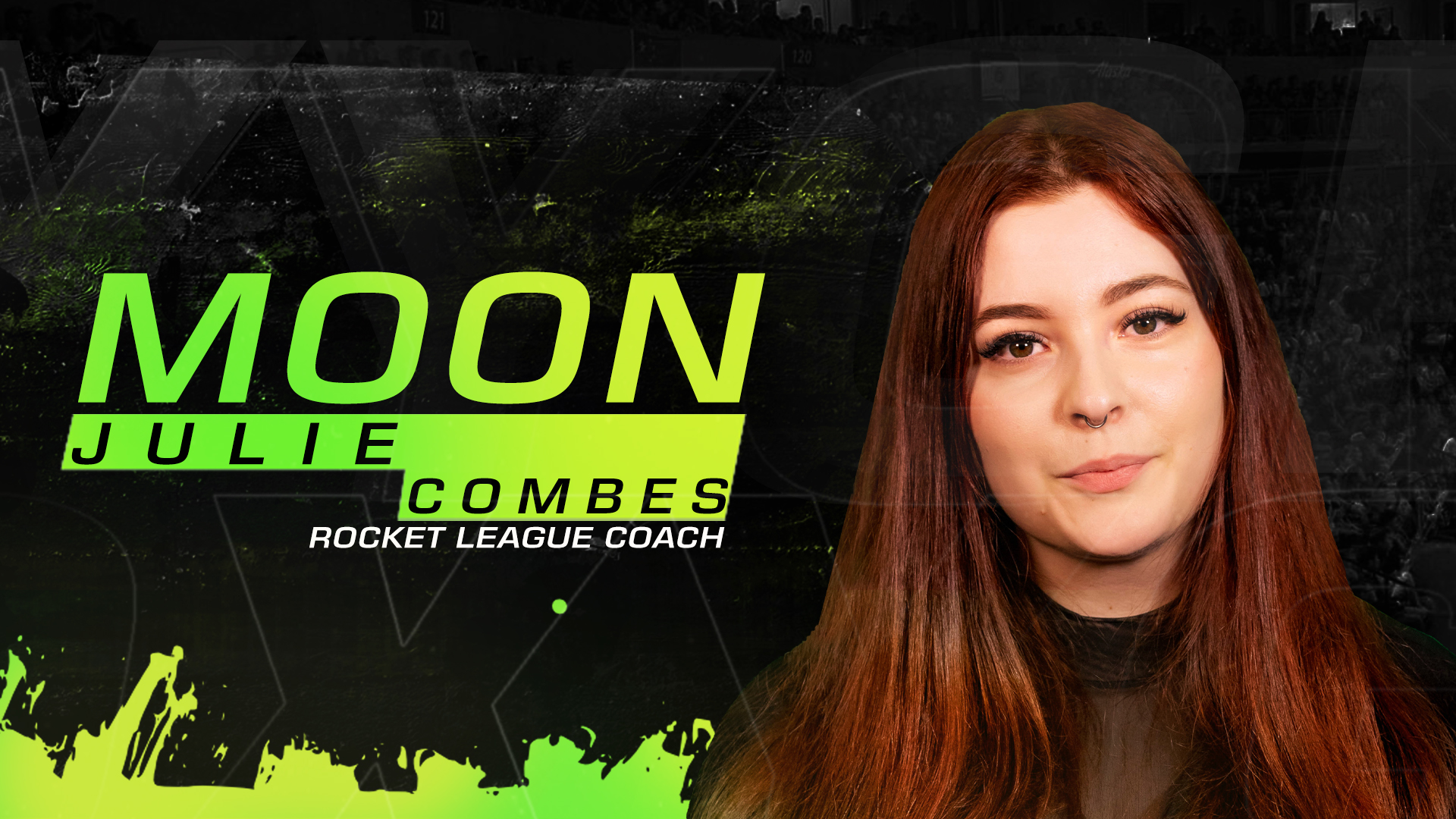 Oxygen Esports is one of the most capable Rocket League teams in Europe—or should be, at least. Longtime teammates and RLCS veterans Victor “Ferra” Francal and Thibault “Chausette45” Grzesiak, EU champions in RLCS Season 8 under Team Reciprocity, joined with Oxygen over the summer and brought in the young ex-Dignitas star Maello “AztraL” Ernst to complete an all-French-speaking roster.

In the early months of RLCS X, however, we haven’t yet seen the team live up to expectations. Oxygen Esports crashed out of the group stage in both of the European regional tournaments so far, but has at least maintained a second-place spot in the points tally for the week-to-week Grid competition despite not yet winning any single week. This weekend’s last regional competition of the fall RLCS X split is a crucial one for Oxygen.

Last week, Oxygen Esports announced that it has enlisted fresh help for the Rocket League team: new coach Julie “Moon” Combes. Moon is new to working with Rocket League players, but the experienced League of Legends coach believes that her focus on performance training—including mental focus and physical wellness—can help any esports pro break through barriers and reach new heights.

We might already be seeing the results: Oxygen Esports went 3-0 in today’s first round of the European regional, already making it further than the previous events. Ahead of the competition, Rocketeers spoke with Moon about her coaching philosophy, dealing with doubters, and how she can help Oxygen’s team capitalize on their immense potential.

Rocketeers: Can you tell us about your past experience in esports and coaching?

Moon: I have been working in coaching for almost four years. I started coaching after my studies, initially helping teams of semi-professional players in League of Legends, then integrating professional teams in France. I had the chance to work with LFL and LEC pro players, I also had the chance to work in Turkey for the Summer Split 2018. Then, I turned to neuroscience to give my work a greater efficiency and a better experience to the players I work with. I coach from different profiles of professional players on game strategy and overall performance strategy.

Super happy to welcome Moon to the team, we've been working together for a few weeks already and everything's been great, excited for the future 😀https://t.co/HAHjbuEDb2

How did you get in touch with Oxygen Esports to coach the Rocket League team?

I was honored to be contacted by Cyril Bergès, a super agent specialized in esports careers.  He put me in touch with the Oxygen team and I had several conversations with them. After two weeks of testing, the team decided to make me an offer. And of course, I said yes.

What is your coaching philosophy and how do you plan to implement it with the Rocket League team?

People come first. Performance is a mix between strategy execution, team cohesion, and individual condition. To perform well, a player needs to be perfectly focused, reactive, resilient and have a healthy lifestyle. Once these points are in place, it is possible to push the player to surpass himself. My job is to help them challenge themselves and give their best, no matter what the situation is.

Right now, we are working on specific points and we will move to a higher level of work in the next few days. I can’t say much more.

How were your first weeks working with the team?

The first few weeks working with the team were great. I feel very comfortable. They are talented players and very interesting people. You can’t imagine how hard-working and passionate they are.

WHAT. A. FAKE. 😱@AztraL destroys the defense as @OXG_Esports moves on to Stage 2! #RLCS

Team Oxygen should be one of the best European teams, but they have so far struggled at the two regional tournaments. Which areas do you think need improvement?

I couldn’t give you specific points, but we have been working to understand and find the difficult points to work on. The most important thing in a performance goal is not to have no difficulties, but rather to know the possible difficulties and work on them. Don’t be afraid to have them: all teams have them and that’s what drives a team to work.

How do you respond to people who are concerned about your lack of experience coaching the Rocket League team?

I don’t respond. I have nothing against different opinions and I think it’s very complicated for them to know what a coach really brings.

The work of a coach is far from being simple; you have to work in this field to understand the complexity of the job. Many people think that it is enough to be a good player to be a good coach, and this is unfortunately false. You have to have patience, knowledge, the desire to work hard, be a teacher, and be able to adapt to any situation.

How do you think your performance training methods can help maximize this team’s potential and help them play at the highest level?

My methods may vary from one team to another, from one player to another. The ones that concern performance are the same, regardless of the game—they have the same bases since we work with humans. I will help them to surpass themselves as much as possible: that’s my number-one objective.