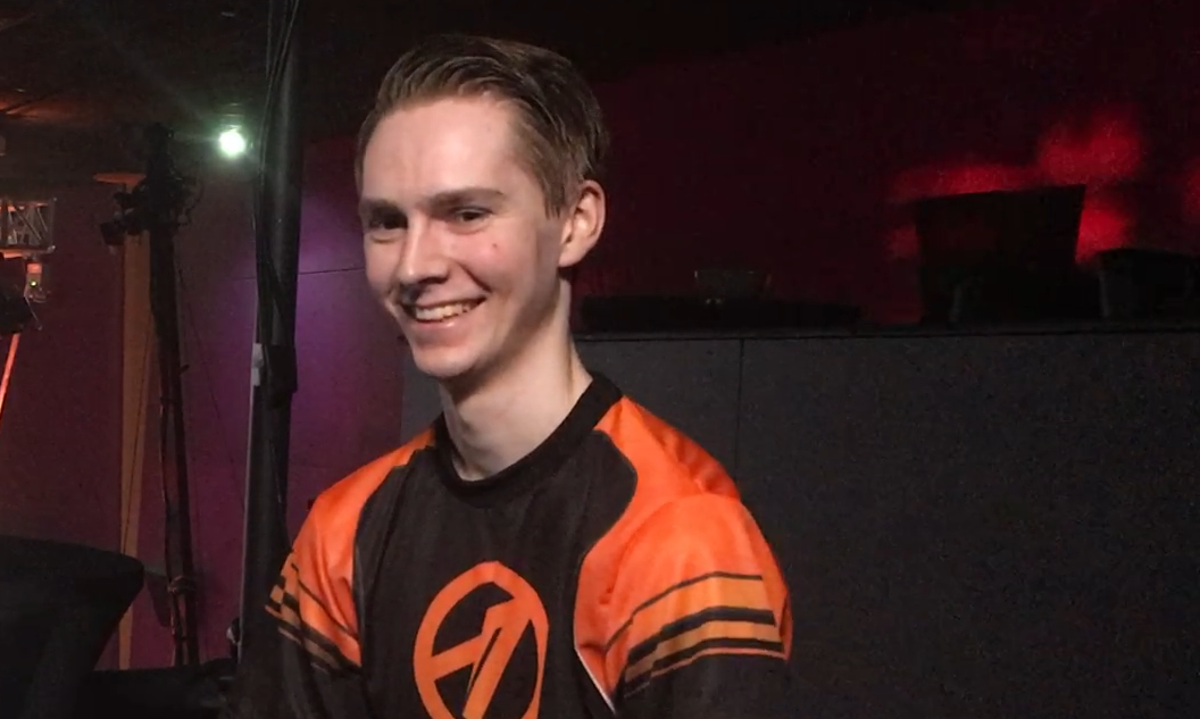 Method’s Rix Ronday: “We don’t have to start from scratch”

Method were one of the best teams in last year’s RLCS. The team of al0t, Metsanauris and Mognus managed to play its way all up to the Grand Finals in Washington D.C. where they lost to Gale Force, but left as one of the most promising teams for the future. In early February the three players announced that they would be looking for a new org, which meant that Method was not only left without a roster, but also without a spot in RLCS Season 5, because the rules of the RLCS grant players, not organizations their spots. Basically Method had to start from scratch – and they did!

After a ground breaking year for Method, we offer a fond farewell to our current Rocket League team @al0t97 @Metsanauris @Mognus_RL.

From everyone at our organization, it’s been a pleasure having you in the family.

It’s not the end for #MethodRL – stay tuned tomorrow! ⚽? pic.twitter.com/yvY43t88By

A day after al0t, Metsanauris and Mognus said farewell, Method  announced their new roster: Mitchell “Shakahron” Johnson (former Endpoint player), Rix Ronday and Boris “Borito B” Pieper (both former Reason Gaming players). The three players who have a combined 3 Gfinity Elite Series wins under their belt managed to qualify for the RLRS. We reached out to Rix Ronday to talk about their run through the Play-Ins and what it’s like to start with Method from square one.

With a combined three @Gfinity #EliteSeries championships under the hood, these players are set to light up London in 2018.https://t.co/GuTmeyZwNu pic.twitter.com/CCGVBOvxn5

“The seed is just a number for me”

Rix, first of all: Congratulations on reaching the RLRS. You and your team mates were the #1 seed going in. How much pressure did you feel because of that?

Thank you, it was quite the run! We felt a lot of pressure going in to the RLRS qualifiers but I wouldn’t say it was because of the #1 seed. The seed is just a number for me. The reason why we felt a lot of pressure was because this is a tournament which happens only a few times every year. That means that if we wouldn’t make it we would have to wait several months in order to prove what we are capable of doing.

The Play-In was a long day of Rocket League. Has there been any moment where you felt that your team might struggle?

I felt like we were going to struggle in this tournament during the series against 5Frags in one of the early rounds of the Upper Bracket. We went 2-0 down in the series and were 3:1 behind in the third game with only 2 minutes left. Somehow we managed to get ourselves back together and make the reverse sweep happen, but it definitely showed that we were not playing as we should be playing.

“We should have beaten Zebra Nose”

Your only loss in the tournament was against Zebra Nose. Did you have these guys on your radar or did the loss come out of the blue for you?

We have had Zebra Nose on the rader as a team we had to look out for. However, I felt like it was a team we should have beaten.

Tell me a bit about your thoughts after that first loss and especially about the communication between your team members. What went through your heads and how did you manage to not let that one loss get to you?

After we lost to Zebra Nose we were all very disappointed. I felt very hopeless straight after our loss, but after a couple of minutes and looking at the bracket I knew we could make the Loser Bracket run. We were lucky that our next match was 2 hours away, therefore we had a lot of time to get over it. Straight after the match I thought it would be best for everyone to be on his own for a bit.

“Shakahron was still a bit worried”

Clinical and precise, @Shakahron with a pass into mid for @BoritoB_RL confirms our spot in #RLRS. pic.twitter.com/sVWgaIbdxT

You and Borito have been playing for a while now. Together you finished last year’s Gfinity Elite Series as champions. In how far would you say did that sort of experience give you an edge over your competitors at the Play-Ins?

Playing at the Gfinity Elite Series gave us the experience how to handle playing in front of a big audience and for a lot of money, however it didn’t teach us how to not feel nervous in a knockout. Especially in the Loser Bracket it gets nerve-wrecking, because you know when you lose 1 series you are out of the tournament.

Tell me a bit about how you got together with Shakahron, who completed this new roster.

When me and Borito B were looking for a third, there was only one player on who we both agreed to be a great fit for this team. After contacting Shakahron about it he seemed super motivated to join and after some scrims we decided he would fit in great.

“There was only one player on who we both agreed”

I can’t believe through how much we have gone as a team today. We have been 2-0 down in the series 3-1 down in the game in the upperbracket, completely give away a different series afterwards, then proceed to reverse sweep another team. I love my teammates ❤

In February Method signed you as their new roster. How long have you been in negotations with them?

I think we had been talking to Method for about a month or so, I can’t remember too precisely how long it was. We got in contact with Method because one of the co-owners called Sascha messaged me on Twitter by DM. He told me that they were looking for a new roster which would be able to compete in the RLRS/RLCS and the Gfinity Elite Series.

Method built up quite a reputation among Rocket League fans. Their previous roster was very successful in the RLCS. Does that put you under a lot of pressure? Because now it seems like it’s your task to lead Method back to Rocket League glory and you basically have to start from scratch.

I felt like this put on a lot of pressure during the RLRS qualifiers, because people who used to support the former Method team could cheer on them in two different tournaments. The RLCS and the Gfinity Elite series. Therefore we really wanted to make the RLRS, so that people could also be watching us in two different tournaments. We don’t feel like we have to start from scratch, we have already a lot of people who want us to win and Method is supporting us really well.

“We don’t feel like we have to start from scratch”

The first part of the journey was successful, you will play the upcoming RLRS. Are you convinced that you have a shot at a spot in the RLCS?

I feel like there are quite some teams from the RLRS who potentially can make a run to swap places with a RLCS team and we are one of them.

Looking at that strong RLRS roster: Who would you say are your strongest competitors in the upcoming weeks?

I feel like Team Secret, Juicy kids, Zebra Nose, Ares and Exray are some great teams who can all compete with each other. I am really looking forward to see how this season of the RLRS is going to settle down.

Anything else you want the fans of Method to know?

I wanna give a big thanks to everyone who has been supporting us. People that cheer for us are one of the reasons why we have made it so far, without you guys it would have been way harder and maybe even impossible, thank you so much!

Dorian Gorr
Dorian discovered Rocket League when it first came to PS4. He stopped playing after he saw the RLCS for the first time and became discouraged from trying any more miserable Aerials. As a journalist with more than a decade of experience working for many of the biggest German media companies he now lives out his Rocket League passion as Head Editor for Rocketeers.gg
doriangorr
Next Articles
This Week in Rocket League: Schedules for RLCS announced
Ghost’s Rocket League coach Silent Echo: “Assume that everyone is wrong”
The 8 new teams that we will see in the RLRS