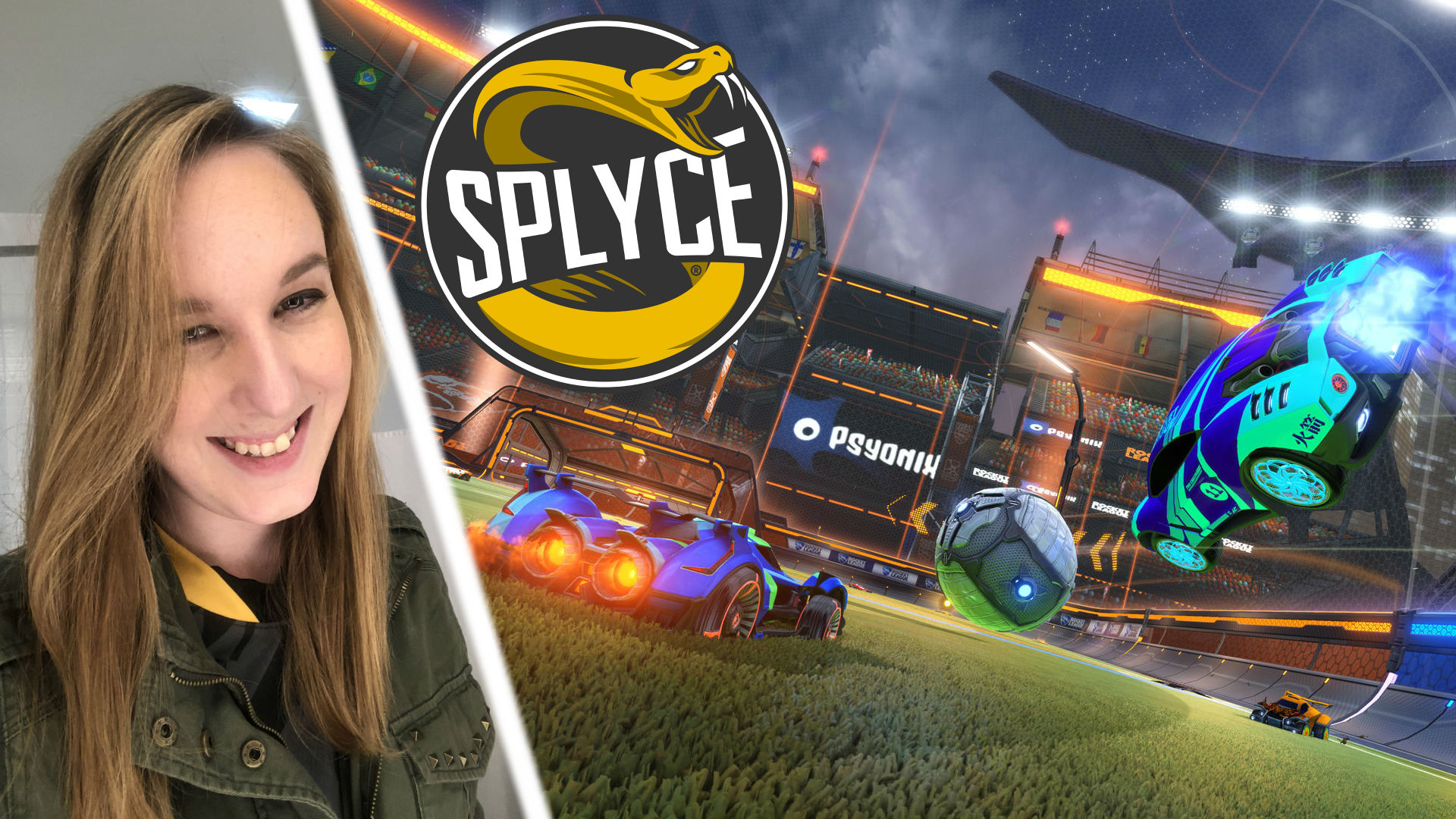 Splyce are back in the RLRS

Karma: “I never doubted us”

Last season was filled with some incredible ups and downs for Splyce and their team captain Karma. First, the team made it into the RLRS. They quickly became fan favorites and were full of hope to achieve even higher goals. But succeeding in the RLRS was tougher than expected. Splyce finished on 6th place with a 2-5 record, which meant that they didn’t get to keep their RLRS spot.

Some teams would be devastated by this. But Splyce pulled themselves together and gave it another go for Season 6. They qualified again, and this time the team seems different: They won their first two matches and are on top of the NA RLRS. So, what has changed? We reached out to team captain Karma to talk about their goals for this season, her teammates and ghost peppers.

Hey Karma, first of all: congratulations! You made it back into the RLRS and so far your results are quite impressive. In comparison to last season: What’s different now?

We focused in the off-season on improving as a team. Communication, teamwork, passing, chemistry. All things that practicing together and spending lots of time together improve. We all have that season of experience under our belt and hopefully it shows this season.

“We know the potential that we have as a team”

Last time we spoke, you had just made it into the RLRS Season 5. A couple of tough weeks followed in which you didn’t manage to secure your RLRS spot for Season 6. Was there a moment in the aftermath of Season 5 where you considered giving up that dream of yours? I can only imagine how frustrated you guys must have felt after last year’s RLRS.

Never. We know the potential that we have as a team, and personally I never doubted us. You go through ups and downs in life and your career, that to me was just one of those times. Trevor (Nose Dude) had never played in RLRS before or anything major, so it was his first season practically, even though he’s had some prior experience competitively. JWis had gone from playing with his friends to getting signed by Splyce, a top org, with expectations. I have had competitive experience, but I had never quite qualified for anything, I always fell one series short. So it was basically all new for us. In my head I knew we had the potential for top 4, but realistically we were just hoping to grow as a team.

“We don’t pay attention to the noise”

Last season, you went into the RLRS as one of the most-favored teams according to many fans and experts. Did that put you under too much pressure perhaps?

No. We don’t pay attention to the noise. We let everyone talk and just focus on ourselves.

To qualify for the RLRS two times in a row is a sign of great willpower. Especially if we consider how strong the competition was in this year’s qualifier. Tell me a bit about how big of a challenge it was for you guys to qualify again?

We actually were way more comfortable this time. It may be an egotistical statement, but we thought for sure we were making it and there was no question in our minds. Qualifier days are crazy and anything can happen, but we know what we’re capable of and we have the experience. To us it was always a sure thing.

“Splyce has always been an org that builds teams”

I’d like to take a moment and shine a light on Splyce, your organisation. Unfortunately, it’s not typical in esports that an org sticks with a roster through thick and thin, but they did because apparently they believe in you and the squad. Was it ever an issue after RLRS S5 that you thought they might drop you?

Never. Splyce in my opinion, even if I were released from the team, is one of the top orgs in the world. Personally they’ve always supported me. The way they have gone about supporting our team whether its event attendance, equipment needs, emotional support in tough losses, they’ve done such a great job at making us feel comfortable. They always approached us with a long-term mindset, this wasn’t some all or nothing signing. Sure it’d be great if we had instant success, but Splyce has always been an org that builds teams, they don’t just sign top rosters and hope for the best.

In early August you announced that Dappur would be a part of your new Splyce roster, which spawned some confusion on who might be a substitute. Now it seems as if the main roster is still you, JWismont and DudeWithTheNose. Could you share some insight on the matter? Is Dappur part of Splyce?

Dappy is absolutely a part of Splyce. When I heard that Dappur was going to be a free agent, being one of my best friends in the scene, I got super excited. I always love playing with him, he’s such a great person. I instantly was telling him to join our team. Dappur ended up joining and we’ve been so happy to have him on our roster. He’s an amazing player and has tons of experience, his thoughts that he adds while we’re watching replay or just hanging out playing are really valuable.

As far as Dappur starting, it has nothing to do with ability. Dappur is insanely good at this game, he’s experienced, his control and understanding is fantastic. Unfortunately, we had been practicing together all summer and last season, we are already used to each other, built up chemistry and all the other things that go along with playing together for a long time as a team. As amazing as Dappur is, we didn’t want to change a roster that we had been practicing with for so long last minute. We were all very comfortable with each other, had some good results and wanted to work together moving forward.

2-0 start to the season and I’ve never been more proud of my team!

“Each team has its own strengths”

You’ve defeated two opponents already and sit on the top of the NA RLRS. This week is going to be really intense as you face three teams in one week. How do you prepare for this challenge and which opponent will probably be the hardest?

All opponents are tough, none more difficult than the other. Each team has its own strengths. Preparation for this week has been done since the end of last season. We’ve been practicing, working together, studying replays, fixing mistakes, now it’s just about getting consistent with our decisions. Playing 5 games in the first two weeks of the season and having our season decided so early is a bit rough, considering that it would be nice to have a build up in our season and work towards getting a great record. Having to play 5 out of 7 games within 2 weeks is difficult, but I think we can make it work.

You apparently lost a bet via Twitter regarding the performance of Flipside Tactics. Long story short: Did you already eat the ghost pepper on stream?

No. Twitch has informed me that eating a Ghost Pepper on stream is considered self-harm and I will be banned if I do so. Even though I was looking forward to the laughs, perhaps I will do a YouTube video instead. I’ve learned my lesson against cursing teams on Twitter, unfortunately Rogue had to feel that pain as well. Good for the World Wildlife Fund though, because now they’re up $200.

YO @RLEsports I’m SO CONFIDENT that @GoingRogueGG bounces back this week. @Sizz gonna POP OFF.

I can’t fail at this twice boys…#RLCS6

First place in EU after week 1

Everybody underestimated Mousesports, and they surprised us all!