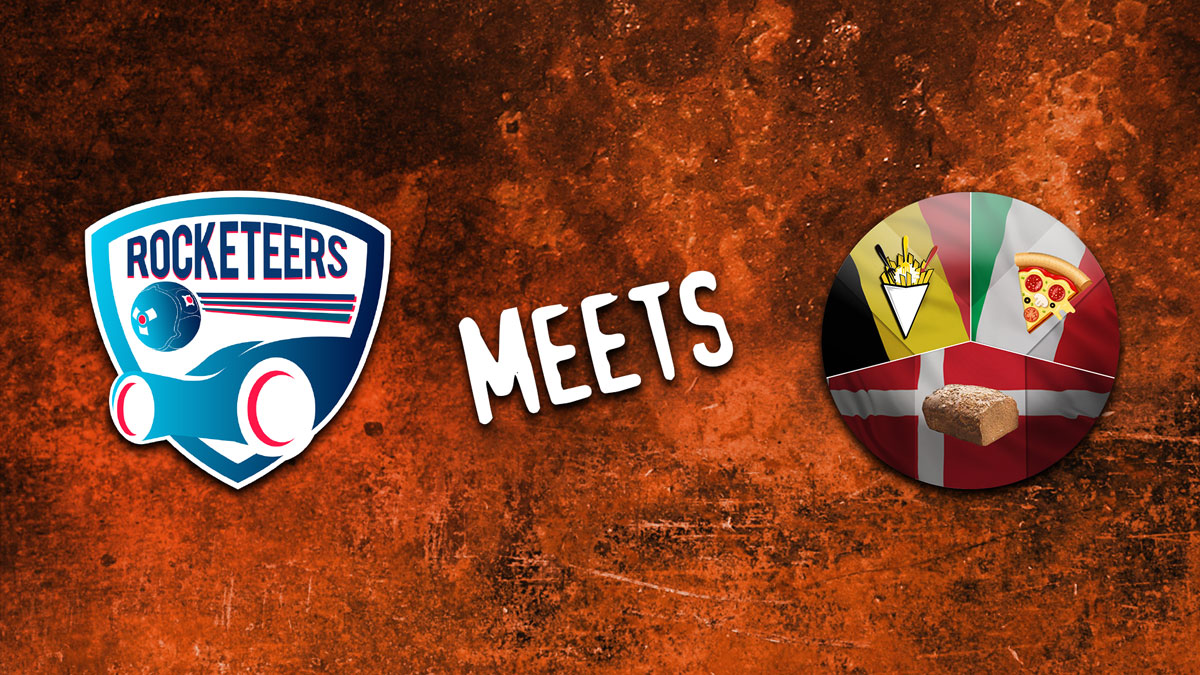 When the Rocketeers Thunderdome entered its final stage, there were 4 teams remaining. Three of those teams represented professional esports organizations: Team Secret, exceL and Method. And then there was this bubble team from Europe no one had prior to the Thunderdome heard of. Their name: French Fries, Pizza & Rugbrød.

Over the course of the Rocketeers Thunderdome, these guys defeated a couple of high-profile teams and went all the way up to the Grand Final of the tournament. Not even coming from the Loser’s Bracket, but from the Winner’s Bracket as the team that send Team Secret down to said Loser’s Bracket with a 4-1 victory. Needless to say that these guys took the viewers’ hearts by storm. Everybody loves an underdog, and by the end of the Grand Final random people in the crowd were chanting “French Fries! French Fries!”.

In the end, their impressive performance wasn’t enough to crown them the Thunderdome champions. Team Secret came back stronger than ever after their initial loss, caused a bracket reset in the Grand Final and went on to defeat the underdog. Still, French Fries, Pizza & Rugbrød made clear why the Renegade Cup Monthlies are so valuable. They give bubble teams the opportunity to present themselves in front of an international audience and compete against established teams.

Now that the Rocketeers Thunderdome is over, we reached out to AztraL from French Fries to talk about their success in the tournament.

Yesterday’s winners, with this spectacular bit of back and forth passing, were @AztralRL and Arju, congrats! This was awesome. (via @rocketeersRL) pic.twitter.com/zUtoyMR4dQ

Hey AztraL, congratulations on the success in the Thunderdome. You and your teammates basically came out of nowhere and really surprised a lot of teams. Tell me a bit about how you got together with Arju and SAKSEN?

Thank you! Me and SAKSEN were trying to get into RLRS in Season 6, but it didn’t work out, so we split up. Then I saw Arju in 6mans and he played like a god. I asked him to play the Thunderdome with me and asked SAKSEN if he’d join us as well. After our big performance in the tournament we now decided to practice a lot together to get into RLRS S7.

“This is our tournament to shine”

Your run through the tournament was really impressive. You managed to defeat a couple of teams that many saw as the clear favorites. You even sent down Team Secret to the Loser’s Bracket at one point. From your perspective: What was the key to your success?

After we had beaten Method 3-1 in the Final Round, we were all thinking that this is our tournement to shine. Everytime exceL or Team Secret were scoring against us, we felt like it was still possible to turn it around. Sometimes we tilted a bit, but we still kept our minds strong enough to beat Team Secret, sending them down to the Loser’s Bracket. We’re also really good mechanical players, and that can help a lot if you got the speed as well.

What a finish! French Fries with the OT win and the LAST SECOND shot from @AztralRL!

When you entered the tournament, did you actually imagine that you’d go so far and finish on 2nd place or were you as surprised by your performance as many of the viewers were?

After we qualified for Top 8, we didn’t expect to make it to Top 2. We were really suprised by how we played in the Thunderdome as well. We never expected to go so far, because there were really a lot of good teams playing in this tournament. In the end, we were just trying to give our best in every match.

“We simply felt like we had nothing to lose”

In how far was the element of surprise a beneficial factor for you? Because in the first rounds many might have underestimated you and your teammates.

It helped us. We also didn’t really feel the pressure when we met Method, exceL and Team Secret, because we’re not playing for a big organization. We just kept playing without being afraid of losing, because we simply felt like we had nothing to lose, but would be able to show these guys something.

We are in the Winner’s final of the @rocketeersRL thunderdome after the most difficult series in my life ??(love getting carried by this two nutty @SAKSEN_rl & arju)

Tell me a bit about what was going on in your Voice Chat the moment you defeated Team Secret in the Winners Final on the last day. How excited were you that you’d actually be going to the Grand Final?

Me, SAKSEN and Arju were like “Lets fucking goooo!”, and then we put up a song we used to play when me and SAKSEN were competing in RLRS season 6. It’s from Drake and called “Kiki Do You Love Me”. We sang it together during the 5 minute break, haha. Everytime we won a game we heard that song, and I just love it, it was so hyped!

“It was difficult for us to stay strong there”

Unfortunately for you guys, Team Secret came back stronger than before, caused a bracket reset in the Grand Final and won the entire tournament afterwards. Now that a few days have passed, with what feelings do you look back on these last two series of the tournament and what happened that caused the loss?

We really don’t have any experience with bracket resets, so it was difficult for us to stay strong there. At first we were hyped and focused that we’d play them again, but when we saw how they destroyed exceL 4-0 we knew that it was going to be a hard match to win. Team Secret were just insane. We tried to do our best, but it didn’t work out for us.

if you want to loose a renegade final, call me, i’m here for throwing all of the bo ??

Your teamname gave me a hard time pronouncing it during the show. It actually became sort of a running gag after a while on stream. So, on behalf of all the casters and me as the show host I gotta ask: Why the hell did you choose this complicated teamname and how do you pronounce Rugbrød?

We chose it because we’re all from different countries. We put the name together from the things that we eat in our countries: I’m from Belgium, SAKSEN is from Denmark and Arju from Italy. So, french fries is in there, because SAKSEN and arju were joking with me, because they always said french fries, and it’s really called “belgian fries”. Pizza obviously comes from Italy and Rugbrød comes from Denmark. I don’t know how to explain how you should pronounce it, but it’s a bread where u can put everything on, it’s so delicious!

“We can be an RLRS team”

What’s the next step for you as a young team? Will you guys continue to play together as a team, maybe even shoot for a spot in the RLRS?

Yeah, we’re going to be practicing a lot, and we definitely will try our best to make it into RLRS. We feel like we can be an RLRS team, because we have the right motivation for it. If we can keep on beating good teams, it will pay out in the end.