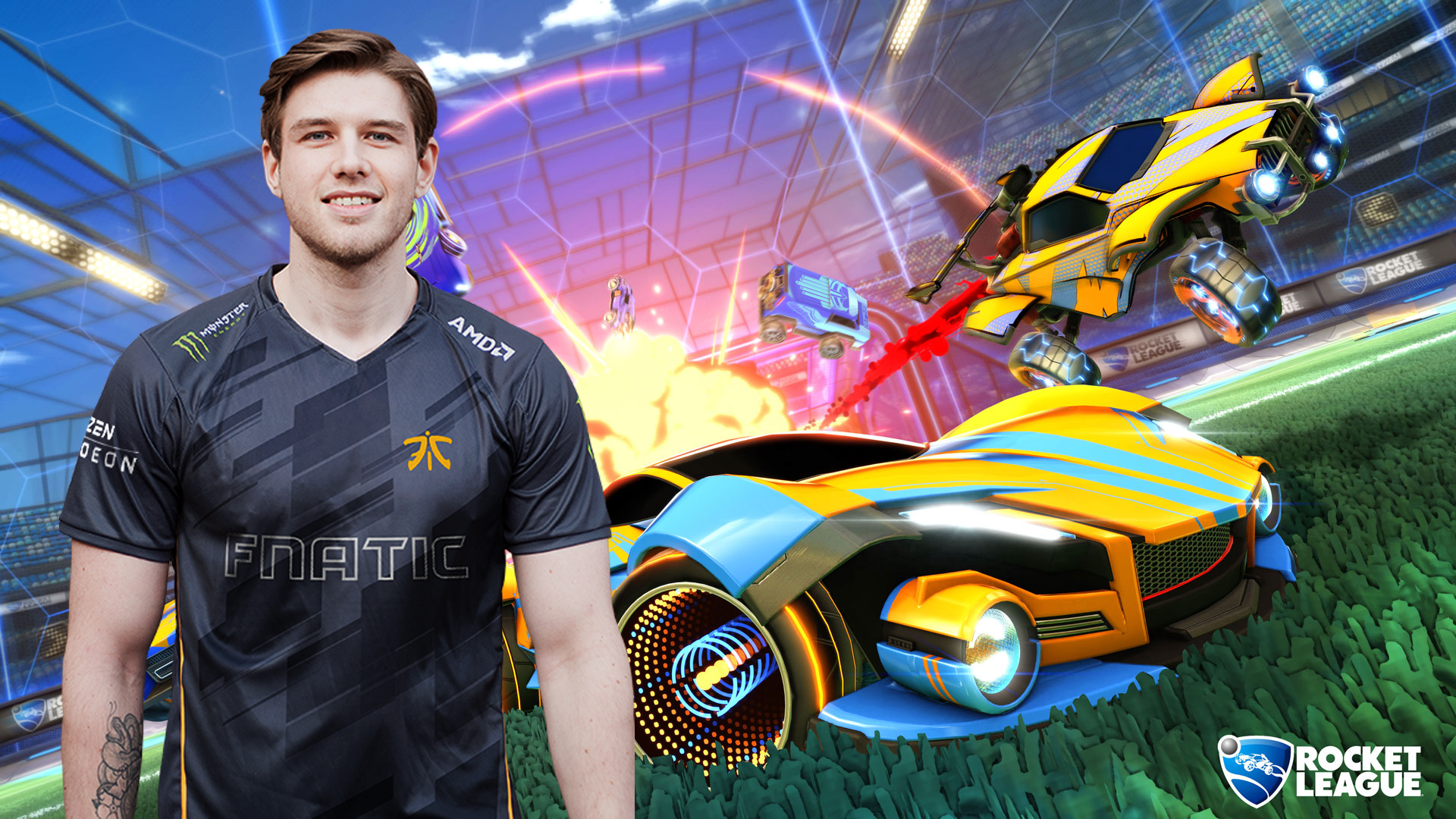 RLCS Season 5 was kind of a warning shot for Fnatic: The team faced relegation, but pulled through in the Promotion Playoff and were able to keep their RLCS spot. They entered Season 6 with high hopes, an adjusted line-up and the will to perform a lot better. Now they’re facing the possibility of being relegated to the RLRS once more. They finished League Play on 7th place and will have to fight for their right to stay in the upper house of Rocket League esports.

We spoke with team captain and Rocket League veteran Snaski about the challenge ahead and the development of Rocket League as an esport.

Snaski, it’s been tough couple of weeks for you guys. RLCS S6 didn’t go the way you intended, I assume. Now that a few days have passed, and you possibly have a clearer look on it: What went wrong from your point of view?

That is hard to answer in a simple way. Mostly we struggled to find a way to practice like it was a RLCS game. We’d often do well in scrims and come in the next day in RLCS and play completely different. Because of this our playstyle became a mess and multiple individual mistakes came out.

Looking on your results in Season 6, there were moments that make it hard to believe that you’d end up on 7th place. You beat Vitality and compLexity for example, two highly experienced teams who had their own troubles, but who are still home to some of the best players in the world. On the other hand you lost to Mousesports who were considered to be the underdogs of the season. Were you underestimating these guys and preparing good enough for compLexity and Vitality or how do you explain this strange form of inconsistency?

I think a lot of it has to do with timing. We met Vitality and compLexity on two days where we weren’t playing absolutely terrible, and at the same time we met both of them in their period of struggle. I believe Mousesports just had a very strong week 1, and it was enough for them to carry through the rest of the season. Us on the other hand had a terrible week 1 where nothing would work or go in.

We defeat @Team_Vitality 3-2 to secure our first #RLCS6 victory! ? pic.twitter.com/FegmEbD1kY

From your point of view: What was the biggest surprise of the season?

Flipsid3, definitely. I don’t think anyone could predict that Season 2 Kuxir would suddenly show up again. What an absolute beast.

There’s always the discussion whether or not the RLCS Season is long enough. You guys had a bad start with a 0-2 in the first week which immediately put you under a lot of pressure for the rest of the season. Do you think the season should be longer in general?

Way longer. It is ridiculous that a team can win 2 BO5s in the first week and then get Top 6. All it takes is a few good weekends, a bit of luck and you’re good for next season. To me that isn’t skillful or rewarding in any way.

“The season should be way longer”

You’re facing the possibility of being relegated to the RLRS as you enter the Promotion Playoff in a couple of weeks. How are you preparing for this challenge?

Like every season. We kind of split up for awhile, take a break, get rid of all the bad habits, get back together and give it our best shot.

“Our experience will definitely be an advantage”

You’re quite experienced with keeping your cool in such a situation. You avoided relegation last season as well. Could this give you the upper hand in the match against Red Reserve?

I believe that the relegation/promotion tournament is the biggest amount of pressure you can get under, since it has the power to affect your entire career. To face players that have never been there can be extremely favorable. On the other hand if they come in with little expectations and nothing to lose it can be extremely dangerous as well, but I believe our experience will definitely be an advantage.

The other RLRS team you could possibly face in the Promotion Playoff is Savage!, who have with Deevo and Bluey two very experienced guys on their roster. How closely have you been following their performance over the past few weeks to prepare yourself for a possible match between them and Fnatic?

I haven’t watched that much of RLRS to be honest, but I know their team quite well. Super fast-paced and quite chaotic, which is always annoying to play against. All 3 are mechanically very strong and can turn nothing into something. That being said: they’re a quite young team that was put together under last minute circumstances, and I believe there are definitely holes in their defense to take advantage of.

“There is still a lot of potential in this esport”

For people who think that I peaked at season 3. You obviously didn’t see my Supersonic Avengers days, I was lit back then.

You’re one of the most experienced Rocket League professionals. You’ve competed in every RLCS to date. How would you describe the evolution of Rocket League as an esports in that time span and what are the biggest challenges that our esports scene still has to face?

From Season 2 to Season 3 we saw a huge upswing, and ever since then I think the esports scene has been quite stale. We need longer seasons, exposure for players, more personality, more and better storylines. Because the seasons are so short, there is barely time to do anything. I genuinely believe that a longer season with more air time for analysts, and far more series could make it much more interesting. Spread it out to multiple days rather than having everything on a few days, nobody except the hardcore fans has the time or wants to watch 6 hours straight. There is still a lot of potential in this esport that could make it grow even more, we just need that final commitment for it to explode.

World Championship on the Horizon

Savage won RLRS and are set on moving into the RLCS