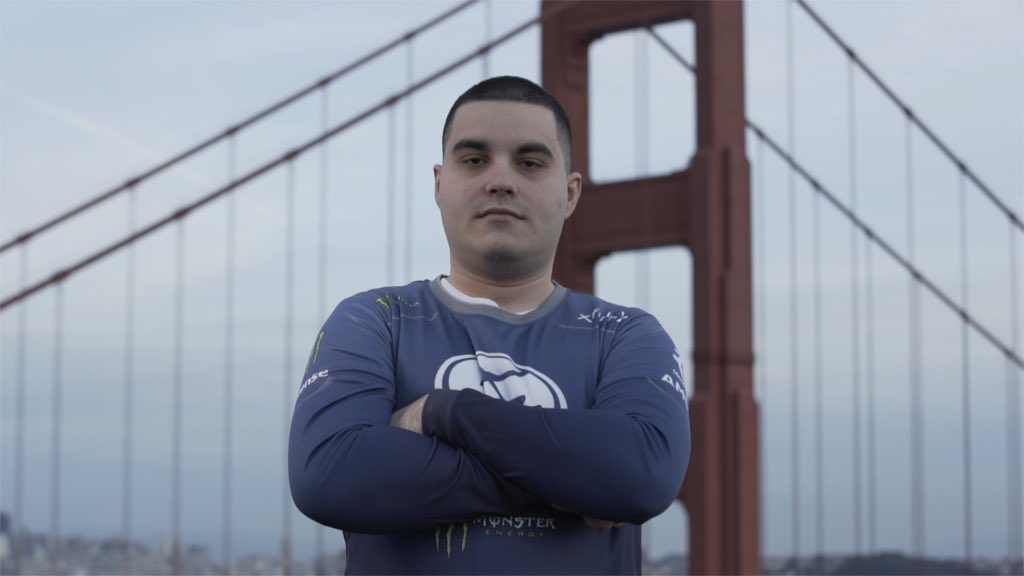 Rob “Chrome” Gomez has played in every Rocket League Championship Series season to date, but despite that impressive level of high-level consistency, he never qualified for the RLCS World Championship.

That finally changed this season. After signing with Evil Geniuses, Chrome and his teammates—Gabe “CorruptedG” Vallozzi and Jason “Klassux” Klass—got off to a hot start in North America and then beat Rogue 4-1 at the Regional Championship to secure their spot at the season five World Championship in London next month. As Chrome tells it, finally breaking that cycle of close calls and near-misses has been a huge relief.

But now they’ll face a stacked bracket full of the world’s Rocket League titans, with a first match against Oceania regional champions Chiefs Esports Club. With his first World Championship trip looming, we spoke with Chrome about getting that monkey off of his back, his role in Evil Geniuses’ success thus far, and the benefits of being the oldest player in the RLCS.

After five seasons in the RLCS, what did it mean to you to finally clinch a World Championship berth?

It meant everything to me. After multiple failed seasons in my eyes, I was relieved. I felt like everything culminated to this point. Every season, I was within reaching distance of the World Championship, but fell short every time. When we beat Rogue, it was like the full weight of the world was lifted off my shoulders. Making the World Championship has been my goal since I became a professional Rocket League player, and now that I’m here, I’m ready to take on the new challenge of making it to the finals.

What are you most looking forward to about playing in the World Championship?

Finally being able to play on the biggest stage of Rocket League esports. Making it to the World Championship is every Rocket League competitive player’s dream. Now that I’m here, I’m looking forward to some good games and meeting the fans. Going to London is going to be a fantastic experience as well. I’m fortunate enough to be in a position where I get to travel around Europe and explore new places, so it really makes what I do that much more fulfilling.

What makes your team so effective, and what’s your typical role in that?

My role on the team is to fill all the gaps and be in position for any possible situation. This season I had more of a striker role, but it all came down to being in that position to score—and I couldn’t have done that without the help of my teammates to set me up.

“We’re confident we know every angle of Chiefs’ play style”

You’ll face off first against Chiefs at the World Championship. What are you expecting from them, and how are you preparing for that battle?

We know what to expect from Chiefs. They’re going to come out very aggressive with their unique play style, and we’re ready for any adaptation they might make. They have a lot of LAN experience, which will give them a slight advantage there, but we’re a confident team that will take them head on.

We’re preparing for the Chiefs by scrimming as much as possible and making sure to fine-tune each set of our play. Our coach, Fireworks, has been helping us understand the Chiefs better by going over their replays and VODs as a team, so that we’re confident we know every angle of their play style.

Are there any advantages to being the oldest player in a pro scene that skews young?

I feel like I know how to lose. It makes it easier for me to bounce back every single time. I’ve been on multiple different teams with multiple different players, and I’m still in the RLCS every single time. I know how to adapt to the ever-changing meta, and it’s helped me get to where I am today. Where I lack in mechanical prowess, I make up for with in-game knowledge and my ability to understand every situation.