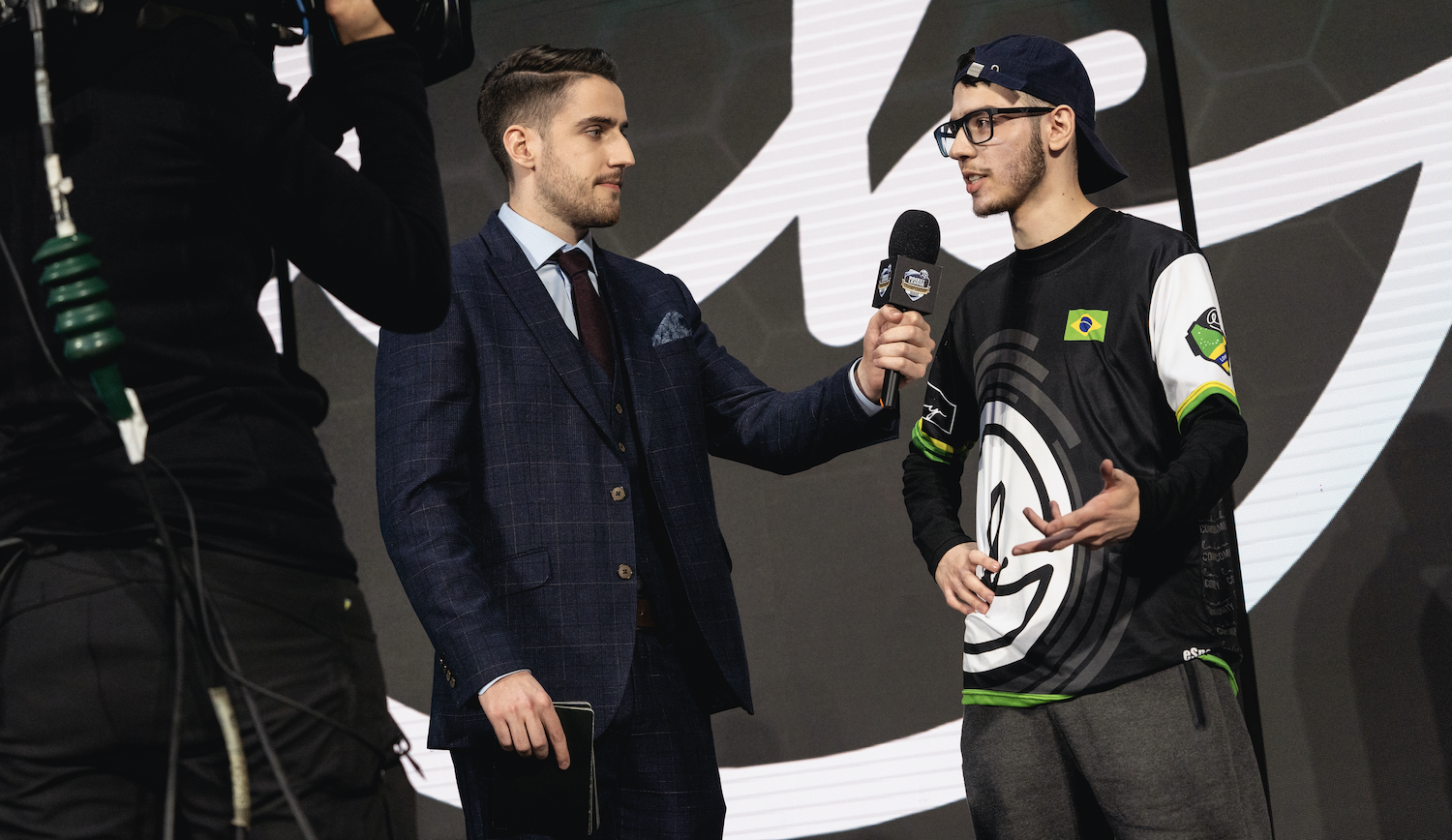 The South American trio of Enzo “Tander” Toledo, Gabriel “caard” Cardoso, and Caio “CaioTG1” Vinicius has had a busy few months. With Lowkey Esports, they made a splash at December’s Rocket League Championship Series (RLCS) Season 8 World Championship, beating Veloce Esports in the first round and later taking Renegades to a full five games before being eliminated in Madrid.

Lowkey imploded soon after, leaving them without an organization under the name Novus Aevi… and they proceeded to go undefeated in South America’s RLCS-equivalent Grand Series for Season 9 before signing with footballer Gareth Bale’s new Ellevens Esports club. Ellevens capped off the season by winning the SAM regional championship in a frenetic seven-game series against Avidity Esports.

But due to the spread of novel coronavirus (COVID-19), there’s no RLCS Season 9 World Championship to look forward to. That’s an especially harsh blow to South American teams, which are only three seasons into the RLCS and have shown significant growth as they’ve faced more and more international competition. However, Rocket League’s short-term competitive future is a big question mark for all pro players and teams right now.

Following their season-capping victory, we spoke with Tander about their 7-0 Grand Series season, signing with this intriguing new organization, the lack of a World Championship, and why he thinks this unique moment in time could actually help Rocket League esports.

Rocketeers: Why do you think your team was so dominant in the Grand Series this season?

Tander: I believe we did many things right as preparation for this season. The biggest factor for me personally was applying what we learned from playing in Madrid. Right now we have a lot of knowledge on how to improve as a team and also the experience to step up and perform when we need to.

How did you end up signing with Ellevens, and what made them your best option for a new org?

Honestly, after all the problems we had with Lowkey, I just wanted an org that we could trust, and focus on playing the game without having to worry about not getting supported as players. When I heard Ellevens was interested, it was a no-brainer for me.

How does it feel to win South America this season but have no World Championship to continue on to?

It’s disappointing when it comes to our careers because we already don’t play internationally very often. We were looking forward to practicing at the highest level and testing our abilities at Worlds again, and now there’s gonna be a big gap since Season 8 LAN and the next one that we don’t know when will happen. But also, I can’t complain considering the circumstances: Psyonix/Epic made the right decision and we just have to wait and hope things get resolved soon. There are bigger things to worry about right now.

Can you talk a bit about the evolution and advancement of the SAM region since it joined the RLCS?

A lot has changed since we joined RLCS. SAM as a region is much more professional than it used to be. Even getting scrims would be a challenge in the past. One thing that’s interesting and shows our evolution is that a top player hasn’t retired in a long time, and that used to happen very often before the Grand Series. I just would like to see more coaches, especially Brazilian ones, and that players with potential would stop changing teams every season and ruining their own progress.

How critical is the opportunity for international play to not only improve your own team’s skills, but to help push the region forward?

It’s great, because the chance to play at international LANs motivates everyone to improve and makes the whole region more solid. We get more visibility, we get orgs, and it becomes more professional. The region being more competitive also helps us get practice for when we play internationally, so it’s good for everyone.

OUT OF THIS WORLD ?@tander_98 buries an absolutely sick shot to help secure South America’s first win at the #RLCS8 World Championship! pic.twitter.com/yIjhR43ENh

How are you holding up now in the wake of the coronavirus spread?

Just focusing on staying healthy and updated. Luckily, we don’t need to change our daily routine to keep practicing, so it isn’t hard to adapt.

Are you concerned about the state of competitive Rocket League given the currently uncertain future of leagues and tournaments?

Well, it’s tough to say because these are uncertain times for any leagues or tournaments. Actually, I think this might be a good moment for Rocket League to grow since it’s very close to football and sports in general, so it can attract more people to watch tournaments when there aren’t any sports leagues happening. I also believe Psyonix has some good stuff planned, so let’s wait and hope SAM gets some attention as well.